Mama mode! Madonna spent Thanksgiving in the company of her six children.

“What I’m thankful for…………. 💛,” the “Material Girl” songstress, 64, captioned a Friday, November 25, Instagram carousel of holiday photos. In one snap, Madonna posed for a rare family portrait with all her children.

Madonna wore a black dress, matching heels and fingerless gloves as she smiled beside Lourdes Leon, 26, Rocco, 22, David, 17, Mercy, 16, and twins Stella and Estere, 10, in a family pic. The “Vogue” musician welcomed Lourdes with ex Carlos Leon in 1996 and Rocco with ex-husband Guy Ritchie in 2000. Madonna later adopted David, Mercy, Stella and Estere. 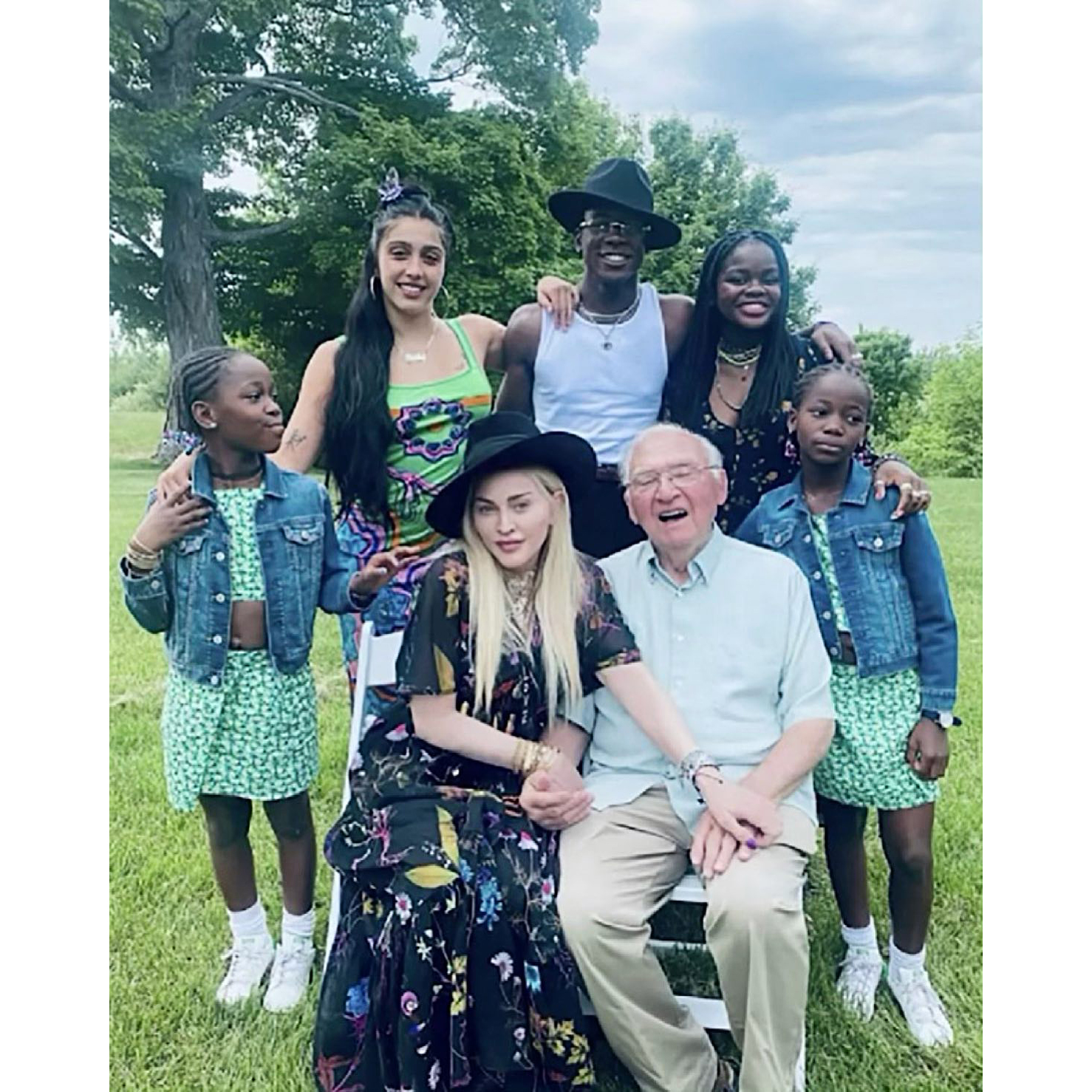 After the family of seven posed for their group portraits, they all had the chance to write down what they were most grateful for before digging into their festive meal. After dinner, Lourdes helped sisters Stella and Estere DJ the group’s evening dance party.

The Grammy Award winner cites motherhood as one of her greatest achievements, even relocating her brood to Lisbon, Portugal, in 2017 as son David’s soccer passions grew.

“Any woman who is a soccer mom could say it kind of requires you to have no life in a way, because things change from week to week and games change from weekend to weekend — sometimes they’re in the city, sometimes they’re not, and we would never know until Thursday night whether they’re on Saturday or Sunday, if at 12 or later,” Madonna opened up to Vogue Italia in July 2018 of the move. “It’s impossible to make plans, and then you feel like you’re not being fair to your other kids, or being fair to me!”

While David pursues his athletic interests, the Swept Away actress’ other children have found their own paths — and she’s equally supportive.

“What’s amazing is how resilient they are and how they embraced all things, especially music, dance, soccer and sports — things that connect them to other people makes adaptation easier,” the Michigan native told the Italian magazine. “They learned to speak Portuguese through doing all those things with people, not by sitting in a classroom and learning in a didactic way, like writing on a chalkboard. Instead, it’s fun, it’s interactive.”

As her kids each mark their mark in their chosen industries, Madonna’s taught them helpful lessons about success.

“She’s very much like, ‘Proceed with caution and think about what you want to be known for.’ I’ve thought a lot about that recently because as a ‘model,’ you’re basically relying on your look,” Lourdes said of her mom during an October 2021 Interview profile. “It can feel very overwhelming and can potentially cause a lot of insecurity. Obviously, you’re not going to look the same your whole life. My mom is very insistent on making me think about what I want to be known for beyond my looks. That’s not what I want people to remember me by. It’s not real.”