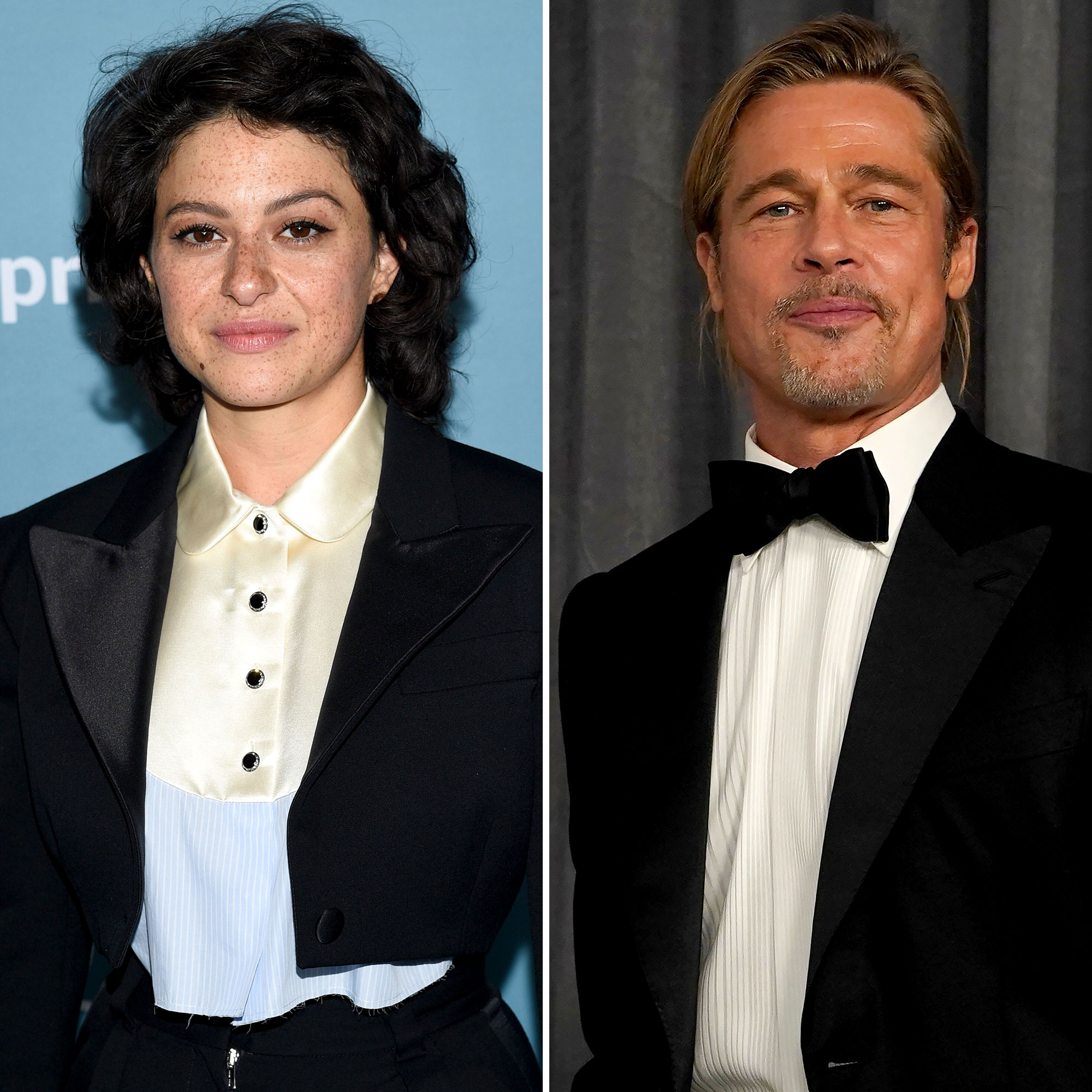 Not on his radar. Alia Shawkat was “shaken up” by the rumors about her relationship with Brad Pitt — but he wasn’t even fazed.

The Search Party star, 32, reflected on being caught up in the whirlwind of the dating rumors, telling The New Yorker in a new profile that the attention “came in hot and left as fast as it came in.” The twosome initially raised eyebrows when they were spotted together at a November 2019 art exhibition.

“It was so weird. Now it’s like a weird dream, where I’m like, ‘Did that happen?’ … [Brad] had no awareness of it at all. Which is so funny. Because he doesn’t read that s–t,” Shawkat teased in the interview, which was published on Sunday, January 9. “I was like, ‘You know everyone thinks we’re dating? And there’s this whole thing, and I’m being followed.’ And he was like, ‘I’m sorry. It happens. If you hang out with me, it happens.’ He had no awareness of it at all.”

When the pair first sparked dating rumors, a source exclusively told Us Weekly at the time that there was nothing romantic going on between the actors. While Pitt, 58, may not have been bothered by the speculation, Shawkat’s family kept track of all the headlines.

“The other day I was at my grandmother’s house, my father’s mother. She’s been in this country for over 30 years and still barely speaks English. [She’s] an Iraqi Muslim woman. She’s sitting there, watching her Turkish soap opera. And next to her is this old gossip magazine with Brad’s face, and my face in a small circle. … I looked at my grandmother, like, ‘Why do you have this?’” the Arrested Development alum recalled. “She’s like, ‘It’s you and this movie star! And it’s your face.’ I was embarrassed by it. I told her she had to throw it away. And she laughed.”

Shawkat and the Ad Astra star were first spotted together less than one year after he became legally single in the wake of his September 2016 split from Angelina Jolie. In May 2020, an insider told Us that the California native’s connection with Pitt was “organic and easy.” She firmly shut down the romance rumors during an interview with Vulture one month later.

“We’re not dating,” she told the outlet. “We’re just friends.”

The heightened attention was a new experience for the Duck Butter star, whose personal life — despite her decades in Hollywood — hadn’t often made headlines.

“At the time, it was not fun at all. … There’s something ironic about it. It has nothing to do with Brad as a person — he’s a great f–king guy,” she told The New Yorker. “But of course, the idea of me being romantically involved with an older white guy is what gets me the most attention. Not a 20-year career. That’s what gets me.”

Shawkat felt grateful that the frenzy was “super brief,” even though the drama was a little “stupid” and “embarrassing” in her eyes.

“I was shaken up by it because I have a studio in Highland Park where I go every day. And I was like, ‘There are these photos of me carrying way too much s–t to get inside.’ … Then [the photographers] just disappeared,” she said. “Now they don’t give a s–t.”

The Moneyball actor and Jolie, 46, have been legally single since April 2019, but the exes remained locked into a lengthy custody battle for years afterward. They share six children: Maddox, 20, Pax, 18, Zahara, 16, Shiloh, 15, and twins Knox and Vivienne, 13.

While the Eternals actress has recently been linked to The Weeknd, a source exclusively told Us that Pitt has “trouble” getting back out there.

“[He wants to] find that special someone to be with long-term [but is] focused on his family, charities and work,” the insider revealed last month. “Those are his main priorities.”