Giving credit where credit is due. Scott Weinger, who voiced the titular character in Disney’s 1992 animated feature, Aladdin, sang Will Smith’s praises for tackling the iconic role of Genie after late actor Robin Williams.

“[Will’s] gonna crush it. He’s gonna be amazing,” Weinger, 43, exclusively told Us Weekly at Disney’s Aladdin premiere at Hollywood’s El Capitan Theatre on Tuesday, May 21. “I’m sure he made it his own. I read an interview with him where he said it was intimidating to step into those shoes but he’s so ridiculously talented and amazing and charismatic, I’m sure he made it his own.”

Williams — who earned a Golden Globe Special Achievement Award in 1993 for his portrayal of the iconic blue character — passed away in August 2014 at 63. His cause of death was determined to be “asphyxia due to hanging.”

The Full House alum, who admitted to being a “huge fan” of the Good Will Hunting star, suggested it was a “weird thing to be geeking out hardcore over” his then-castmate when they worked together on the Disney movie. However, he shared a memory he had of the Oscar winner from many years ago.

“I think the craziest thing was seeing him go from being thoughtful and looking at the storyboards and preparing and just being quiet and pensive and getting ready, and then the red light would turn on and the Robin Williams that we all know came alive. It was an amazing transformation,” he told Us. “It was really cool to see. And he made me laugh so hard, I literally fell down on the floor.”

At the Aladdin premiere, Smith, 50, told reporters that the “powerful” thing he learned while playing the role of Genie was that there is “nothing above giving.” 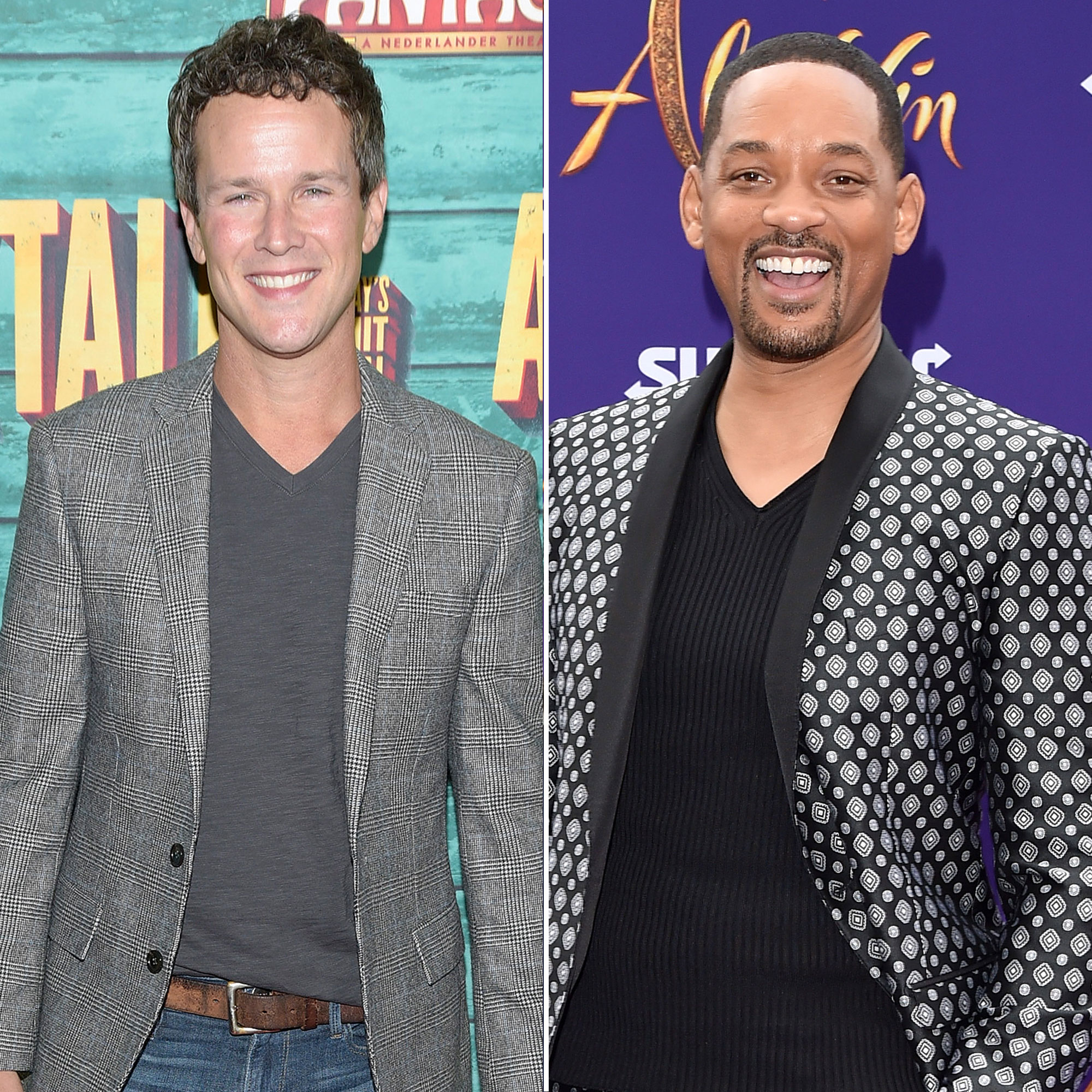 “Giving actually is the definition of love. We spend so much time trying to receive like demanding that somebody give us something,” the Fresh Prince of Bel-Air alum noted Tuesday.

The Academy Award nominee continued: “We spend so much time trying to take and playing the Genie, I really got to think about it from a different way, where the only thing that the Genie wants is that you don’t waste his gifts, and I could really relate to that idea. There’s such a divine, beautiful, spiritual ecstasy in just allowing yourself to give.”