The pair announced their engagement in 2000 and they tied the knot at Oslo Cathedral on August 25, 2001.

Several royals from around Europe attended the wedding ceremony, including Crown Prince Frederik of Denmark, who served as Haakon’s best man.

Queen Margrethe of Denmark, the King and Queen of Sweden and the Queen and Queen of Belgium also attended the nuptials. 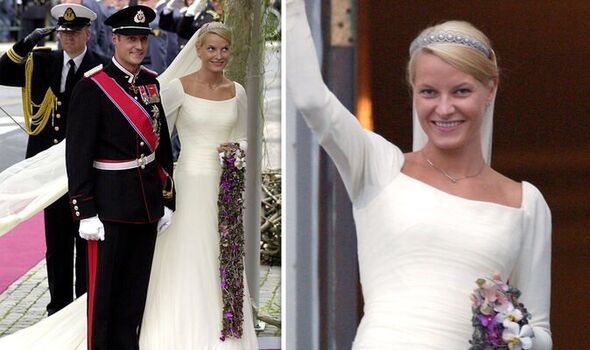 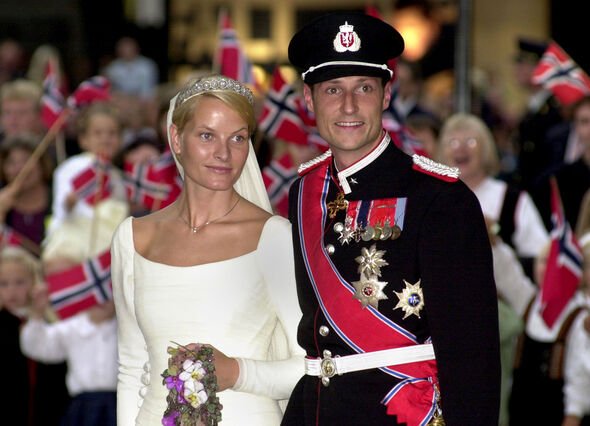 Representing the UK was Prince Charles on behalf of the Queen, along with Prince Edward and Sophie, Countess of Wessex.

There were also some more unconventional aspects to the wedding, including the groom’s decision to wait for the bride outside of the cathedral so they could take the aisle together.

Mette-Marit also opted against the traditional bridal bouquet in favour of a lengthy garland of purple and white flowers. 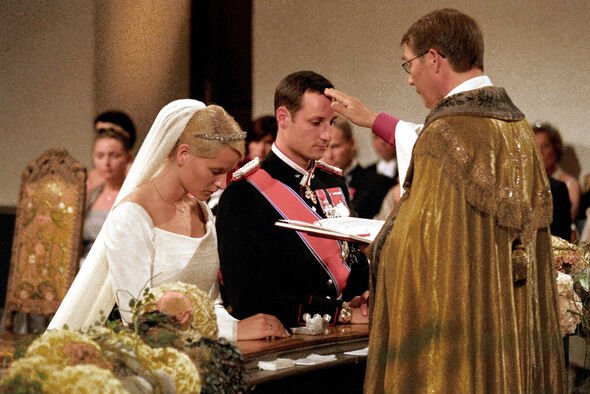 Mette-Marit’s wedding gown was timelessly simple for a royal wedding gown, and it was made of white silk crepe and featured a classic train.

To finish off her bridal look, she wore a 20-foot veil held in place by the Diamond Daisy Bandeau Tiara.

The tiara had been gifted to her by her father and mother-in-law to be, King Harald V and Queen Sonja of Norway.

Despite some opposition from the public, the King and Queen were said to be highly in favour of their son’s love match. 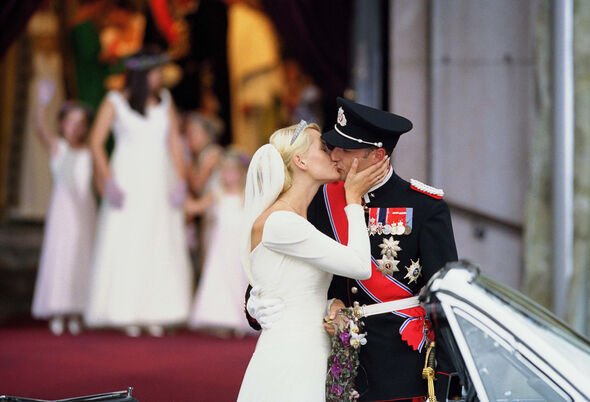 The pair shared a kiss in front of the roaring crowds after being declared husband and wife, and a ball was held afterwards in their honour.

Now 21 years on, Haakon and Mette-Marit remain happily married and both hold high-profile roles in the Norwegian monarchy.

Haakon is now step-father to Marius, and the Crown Prince and Princess have also welcomed two children.

Their eldest and heir to the throne is Princess Ingrid Alexandra, and their son is Prince Sverre Magnus.