In recent months, the 37-year-old singer has been going through personal turmoil, more than a decade after she famously suffered a public breakdown. In January, she canceled a planned Las Vegas residency following a health emergency suffered by her father Jamie Spears, who was given almost full control of her financial and medical affairs via a court conservatorship 11 years ago. In April, Britney completed a month-long stint at a mental health treatment facility.

“Everything is up in the air right now and it’s going to take time,” a source told E! News exclusively. “Her health is going to come before anything else. Nobody is talking about touring or work. She’s taking it easy and not thinking about her career. There’s been no discussion about resuming her tour. She needs a break and time off. She’s not in the mind frame to even think about performing.”

“She’s on an indefinite work hiatus, that’s been the same since January 4th,” another source said. “She’s just focusing on her health and getting better, that’s her priority. She’s at a place where she’s able to go out and she’s working on herself. Britney and [boyfriend] Sam [Asghari] are totally fine and he’s very supportive of her. Her parents are working together and are very supportive of her too. They take this very seriously and want the best for her.”

Amid Britney’s recovery, a judge has ordered an investigation of her court conservatorship. The second source told E! News the reassessment is a normal, biannual process, and not out of the blue.

For years, many of Britney’s fans have called for an end to the conservatorship, and in recent months, the “#FreeBritney” movement emerged.

See a full timeline of Britney’s turmoil this year:

January 4, 2019: To the dismay of her loyal followers, Britney reveals that she is taking an indefinite work hiatus and canceling her Domination residency in Las Vegas amid her father’s health struggles. In an apologetic Instagram post, the star writes, “I’ve been looking forward to this show and seeing all of you this year, so doing this breaks my heart. However, it’s important to always put your family first… and that’s the decision I had to make.” According to an insider, Jamie’s colon spontaneously ruptured, but he is expected to make a full recovery.

April 3, 2019: The star later reemerges on social media with an Instagram post advocating for self-care, which is swiftly followed by reports that she entered a mental health facility. A source tells E! News at the time, “Britney’s father’s health has been weighing on her, and affecting her emotional well-being.” The source emphasizes that “Britney decided to do this on her own” so that she can be allowed to “rejuvenate and rest.” 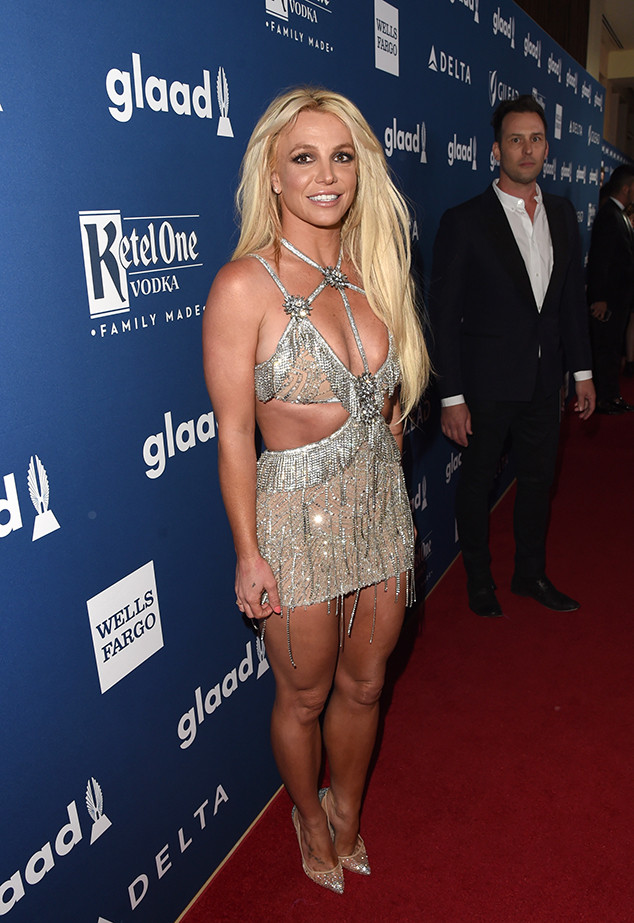 March 4, 2019: For reasons that remain unclear, Britney’s co-conservator Andrew Wallet resigns from his position, leaving Jamie as the sole conservator over the 37-year-old’s life. According to Us Weekly, the lawyer was responsible for monitoring the singer’s financial assets. Because of the importance of his position, he requested that his resignation be accepted “immediately and without delay” so as not to disrupt any ongoing business activities. While he is no longer the conservator or attorney for Spears, he continues to practice law.

April 11, 2019: The singer takes a break from her stay at the wellness facility when she went to a Los Angeles-area salon for a root touch-up. An eyewitness tells E! News, “She seemed fine and content… [She] was definitely excited to her hair done.” Britney later enjoys a relaxing day with her boyfriend Sam Asghari at the Beverly Hills Montage for a low-key Easter celebration.

April 16, 2019: The #FreeBritney movement kicks off officially , when the Britney’s Gram hosts Tess Barker and Barbara Gray reveal a voicemail they allegedly received as “an anonymous tip from a credible source.” This supposed tipster claims to be a paralegal who formerly worked with an attorney connected to the conservatorship. In the revealing voicemail, he alleges that Britney is essentially being controlled by Jamie.

“What is happening is disturbing, to say the least. Basically, Britney was in rehearsals for Domination. It came to Jamie’s attention that Britney was not taking her medication as prescribed. She was missing a lot of doses and just full-on not taking them,” the unidentified voice claims. “So they got her to the doctor and the doctor said, ‘OK, if you don’t want these medications, let’s get you on a new one.’ She refused to take the new one. Jamie said, ‘Either you take this medication or the show’s off, and I’m pulling my support and you can’t do it.’ Britney did not follow Jamie’s instructions, so he was true to his word—he pulled the show, he verbatim said, ‘Blame it on my illness.’ He even claimed that Britney did not willingly enter the wellness facility.” 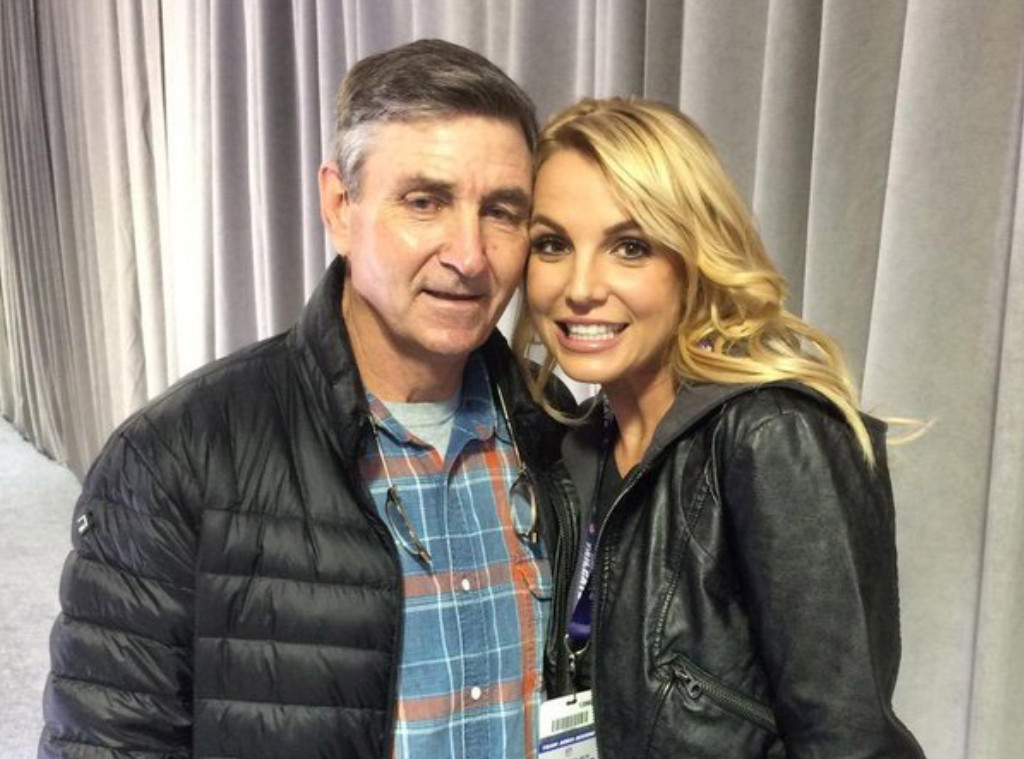 April 16-17, 2019: Britney’s mom Lynne Spears appears to weigh in on the drama when she began to like posts supporting the #FreeBritney movement. One such tweet reads: “I really hope you are supporting Britney in trying to end [her] conservatorship. I really hope your ailing ex husband isn’t keeping your daughter somewhere against her will.” These comments are in response to a particularly cryptic Instagram post depicting one of “God’s warriors” on their knees.

April 23, 2019: Britney addresses the rumors surrounding her conservatorship in an enthusiastic Instagram video.

“I wanted to say hi, because things that are being said have just gotten out of control!!! Wow!!! There’s rumors, death threats to my family and my team, and just so many things crazy things being said,” the star says. “I am trying to take a moment for myself, but everything that’s happening is just making it harder for me.”

She adds that “fake emails” being created by Sam Lutfi are being circulated, but that she wants her fans to not “believe everything you read and hear.”

Lutfi tweets, “Britney’s Instagram post has accused me of fabricating e-mails of hers that have been circulating recently. I can unequivocally state that I never wrote nor had access to her e-mail. Her team’s desperate attempt to deflect negative attention onto me (yet again) is a rather ineffective way to overshadow the FreeBritney movement. In addition to making certain people in her camp look bad, the e-mails in question show a woman capable of running her own life, a narrative they apparently want to hide.” 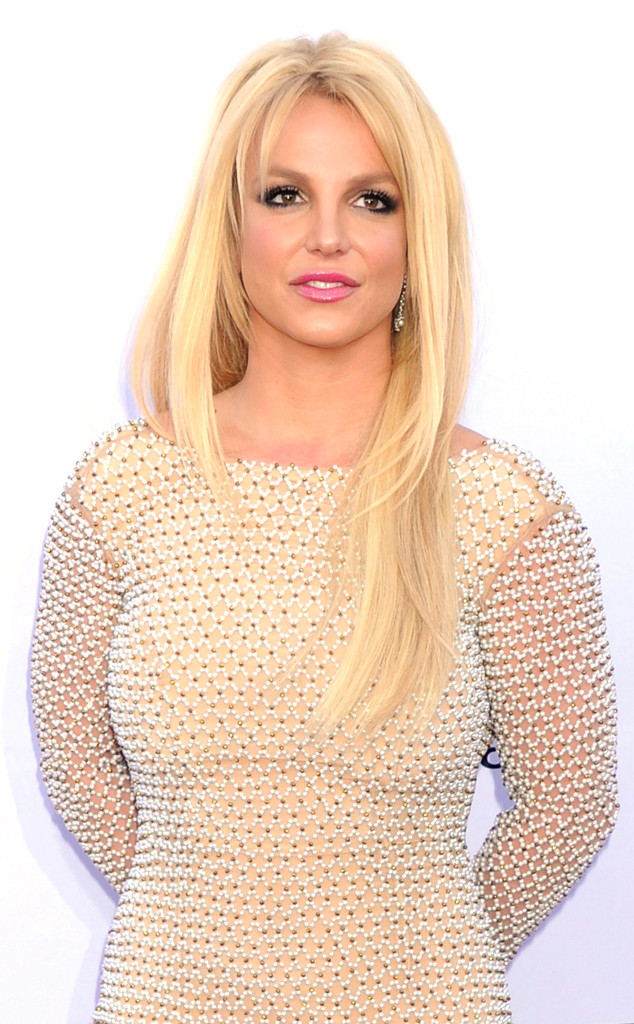 April 25, 2019: A source confirms to E! News that the singer checked out of the treatment facility and is “very happy to be home.” The source adds, “She’s feeling more stable and a little bit better, but it’s a work in progress.”

As for her father, whose health is said to be a cause of Britney’s stress, he is “doing better,” which has helped to relieve some of the “anxiety surrounding that.” Now that the star is home, the source says she is slowly easing back into her “old routine, working out and being with her kids.” Her boyfriend Sam will help to make sure she doesn’t “overdo” it.

“They are trying to keep her stress level as low as possible and to just have her relax and take small steps…Britney’s feeling happier and healthier, but there’s a ways to go,” the insider shares.

May 6, 2019: According to court documents obtained by E! News, Britney’s mom filed a request asking to be informed of all matters pertaining to the singer and her conservatorship. Sources close to Britney’s conservatorship told The Blast that Lynne spoke with Jamie before filing her documents. The outlet reports that Lynne wants all the information as it officially comes in from the court. Britney’s team has been supportive of Lynne being involved with the ongoing situation and at this time, she has not made a move to become an actual conservator.

May 7, 2019: “Lynne and Jamie Lynne flew out to LA to try and figure out what’s really going on,” a source tells E! News. “They are staying with Britney and trying to make heads or tails of the situation.”

The insider adds that Lynne is “extremely upset to see Britney in the condition she is and [feels] that she can’t help her” and the singer’s mom “wants to know what’s really going on so that she can sleep at night. The anxiety and worry is taking its toll. She wants to see Britney get better and to be healthy and happy and right now that’s not happening.”

May 8, 2019: Britney is granted a temporary restraining order against Lufti after he allegedly sent threatening and harassing texts to her family. He is ordered to stay 200 yards away from her, her parents and her sons Preston, 13, and Jayden, 12.

Her lawyers’ court filing against Lufti alleges that “shortly after Ms. Spears checked herself into a mental health facility, Lutfi began a new campaign of harassment against Ms. Spears and her family” and had recently “made dozens of disparaging and threatening comments on social media and in interviews” and “sent threatening texts to Ms. Spears’ family, he has leaked confidential information, and is considering leaking more of Ms. Spears’ (actual and fabricated) private information.”