Kid of the month! Prince George had a “wonderful” time celebrating his 8th birthday with his family, a source exclusively tells Us Weekly.

“It’s really nice for him because there’s no school at the moment. He’s on holiday,” the insider says, noting that his parents, Prince William and Duchess Kate, toasted the birthday boy on Thursday, July 22.

“Kate and William surprised George with a football cake,” the source adds. “He received lots of lovely presents — a nature explorer set and a cool watch!” 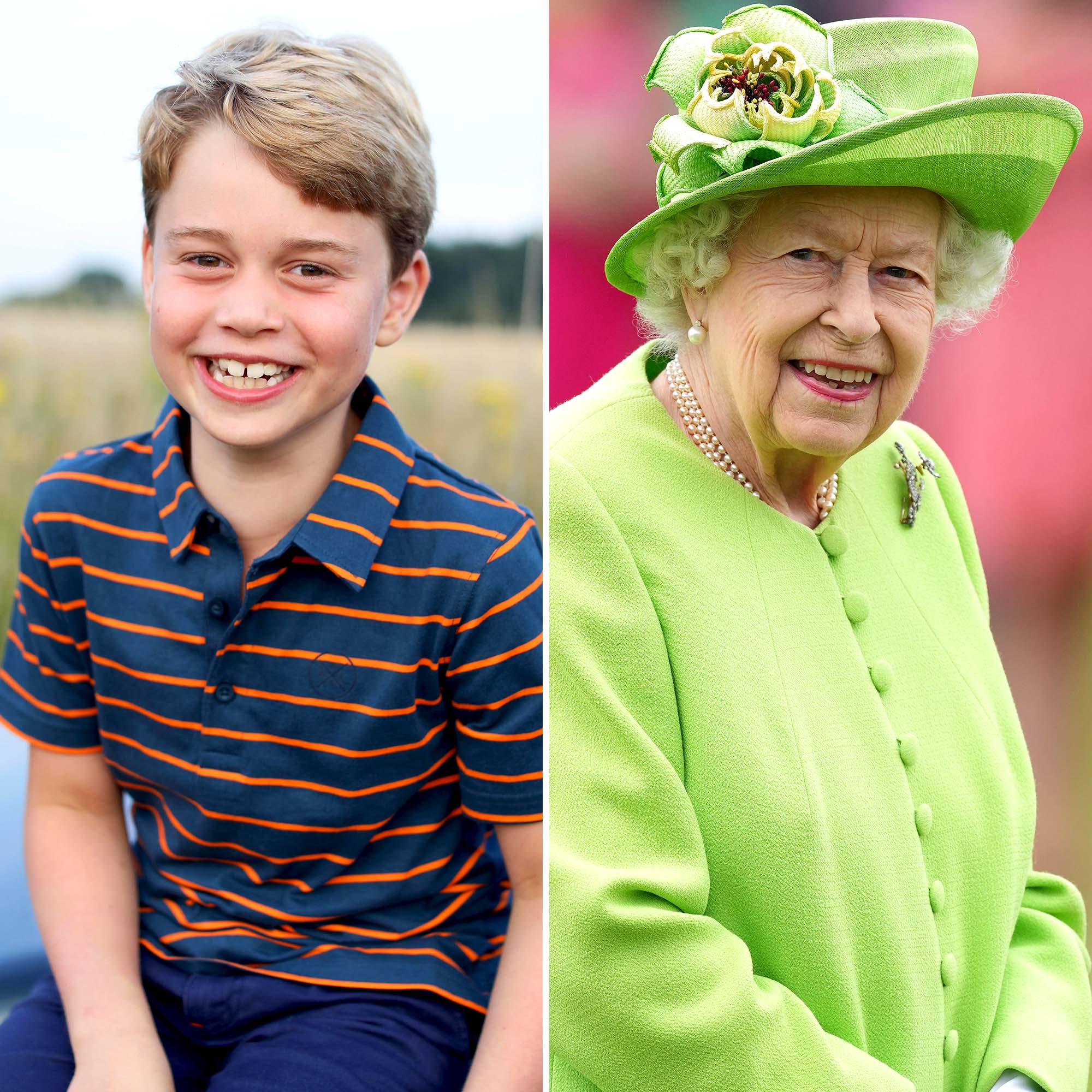 The future king of England, who is in line for the British throne behind both his grandfather, Prince Charles, and father, 39, also received a special call from his great grandmother, Queen Elizabeth II.

“The queen Zoomed Prince George to wish him a happy birthday. She sent him a lovely gift as a surprise,” the insider tells Us, adding that the little one “loves his great grandmother so much.”

George’s younger siblings, Princess Charlotte, 6, and Prince Louis, 3, also got in on the festivities. They “made their own adorable birthday cards for their brother,” the source adds.

Kate and William’s Kids’ Birthday Portraits Over the Years

The prince has “grown up over the last year” and really “likes doing things his way,” according to the insider, who notes that George is “a confident and energetic little boy.”

The Duke and Duchess of Cambridge’s eldest child “loves reading, sports, puzzles and is super outdoorsy and adventurous,” the source says.

One day prior to ringing George’s birthday, the royal family released a new portrait of the little man. The young prince looked just like his father in the snap, which was taken by his mother, 39, at their family home in Norfolk, England, last month.

It also featured a subtle nod to his late great grandfather, Prince Philip, who passed away in April at the age of 99. George sat atop a Land Rover in the snap, which is a car that Philip loved.

“Thank you for all your lovely birthday messages,” William and Kate wrote in response to the outpouring of well-wishes on their social media pages.

The couple have a tradition of making their children’s birthdays special, throwing George a “camping-themed BBQ party” amid the coronavirus pandemic last year for just their immediate family.

“[William] and Kate surprised the birthday boy with a yurt as his gift, and he received a new bicycle from Charlotte and Louis,” a source exclusively told Us in July 2020, adding that George’s siblings “helped Kate bake a chocolate sponge cake for George and decorated it with sprinkles, lollipops and colorful candy.”