Will Smith mulled over the low points of fatherhood in his forthcoming memoir Will, including the moment his son Jaden requested emancipation as a teen.

According to an excerpt obtained by People, negative reviews of the 2013 film After Earth, in which the pair played father-and-son space travelers, wore on Jaden, then 15.

“Fans and the press were absolutely vicious,” Will wrote in the book. “They said and printed things about Jaden that I refuse to repeat. Jaden had faithfully done everything that I’d instructed him to do, and I had coached him into the worst public mauling he’d ever experienced.”

Will, who shares Jaden, 23, and daughter Willow, 21, with wife Jada Pinkett Smith, added, “We never discussed it, but I know he felt betrayed. He felt misled, and he lost his trust in my leadership. At fifteen years old, when Jaden asked about being an emancipated minor, my heart shattered. He ultimately decided against it, but it sucks to feel like you’ve hurt your kids.”

In 2013, Will and Jaden appeared on The Ellen DeGeneres Show where Jaden joked, “I’m not going anywhere. The thing that people don’t get is everything at his house is free. So I can get anything and everything that I want at his house, so I think I’m going to be there for 20, 30 more years.”

Still, being a celebrity kid felt overbearing at times, as the Smith kids explained during a 2018 episode of Red Table Talk, the Facebook Watch series co-hosted by Willow, Pinkett Smith, and her mother Adrienne Banfield-Norris. “You’re not a normal human if you can’t go out into the world,” said Jaden. “I don’t know how things always work,” including in social groups where he’s felt pressure to pay for his friends’ entertainment.

Willow agreed. “I literally hate Disneyland because I had one terrible experience and everyone expects me to pay for them,” she said.

Pinkett Smith said her parenting lesson was that each child needs unique care. “At 15 years old Jaden — and I remember this day specifically — it was probably one of the most heartbreaking moments of my life, you got to a point where you told me straight-up, ‘Mom, I have to leave here to live my life.’” However, Pinkett Smith understood her son’s desire to leave the nest.

“It just makes you appreciate being at home with your parents, spending quality time with family,” said Jaden. 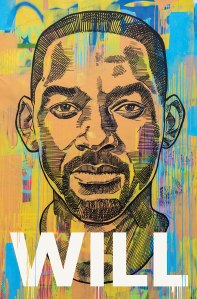