His lips are zipped! Tommy Lee doesn’t give his two sons advice when it comes to their love lives.

“Sometimes it’s better to kind of fall down and bump your head on your own,” the Mötley Crüe member, 57, told Us Weekly exclusively of Brandon Lee and Dylan Lee on Friday, May 29, while promoting singles from his solo record, Andro. “I guess it’s all part of the learning process. You can sit here and wave flags and give advice and throw flares all you want, but sometimes the best lessons are those self-learned.”

The musician does “throw in a little two cents here and there,” he went on to tell Us, explaining, “You can help somebody avoid mistakes that you’ve made.” 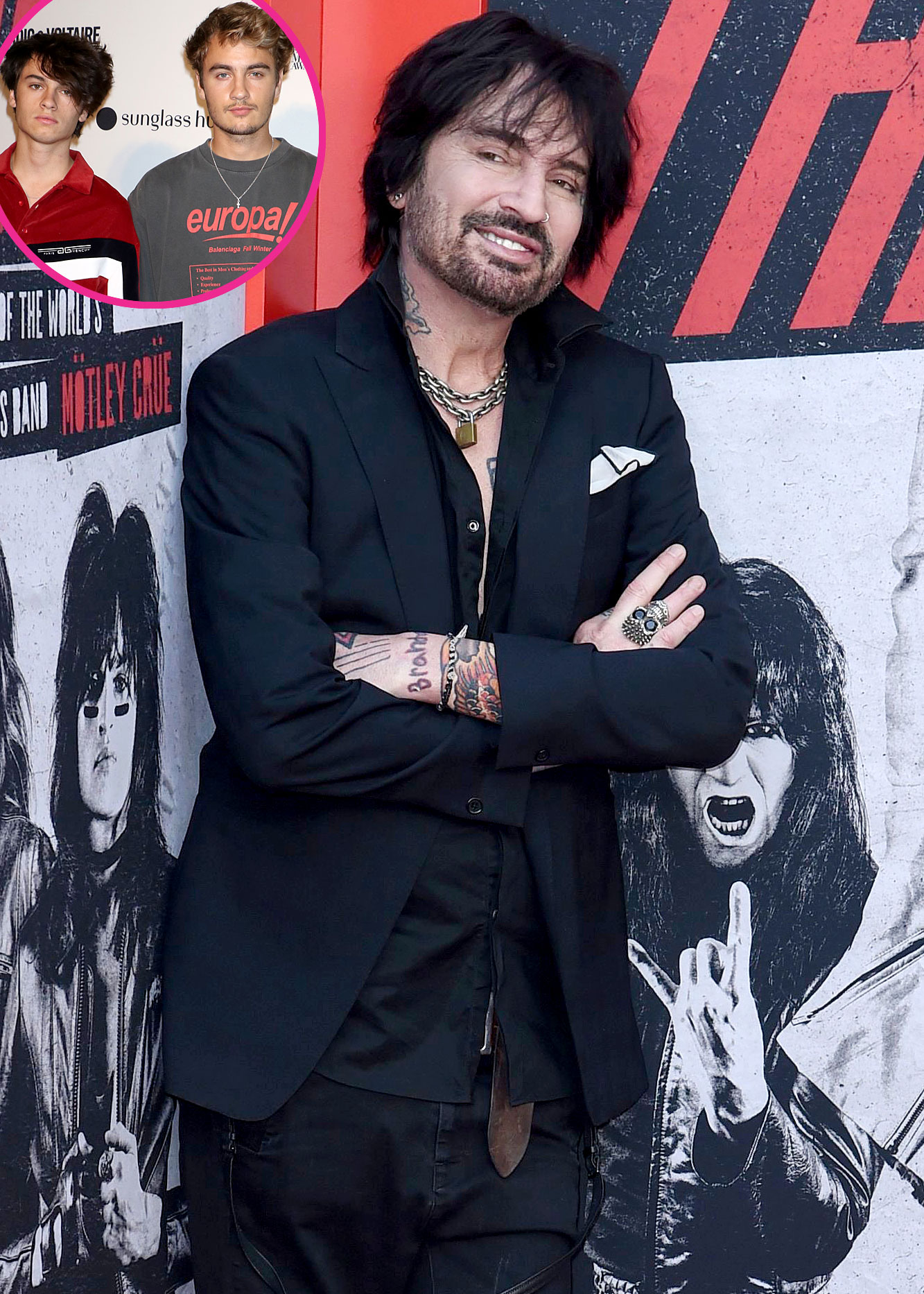 The Methods of Mayhem frontman shares his sons with his ex-wife Pamela Anderson and “supports [them] in everything they do,” he told Us, from Brandon, 23, joining The Hills: New Beginnings cast to Dylan, 22, releasing music.

“They’ve grown up — but they’ll always be my little monkeys,” the drummer told Us. “Those guys are a handful. I love them to death.”

Dylan told Us exclusively last week that his dad “definitely” supports his work with Midnight Kids, but doesn’t give him music advice. “I like to kind of pave [my] own path,” he said.

While the father-son pair have collaborated on music, they have yet to release any of it, Tommy revealed on Friday. “We worked on a couple of things and they’re actually on deck,” he said. “They’re here at the studio. Maybe we’ll get them going in the near future.”

When it comes to his own music, Tommy has bee “inspired by so many different thing” to create an “eclectic sound.” The Grammy nominee told Us of releasing “Tops” featuring Push Push and “Knock Me Down” featuring Killvein, both available on Friday, June 5: “I can’t wait. People are gonna bug.”