Naming a baby can be tough. After making your wish list, you have to go veto any names that are too similar to the names of every ex-friend, ex-boss, and ex-partner from your collective past. Then, you have to making sure none of your favorite names can easily be turned into mean nicknames (á la Josie Gross-y). Last, you need to cross-reference your list with the latest and greatest pop culture references to make sure you’re not accidentally giving your kid a name that will haunt them for the rest of their days. A Redditor recently shared that her fiancé misled her about that last step, not informing her that his name of choice was actually super-hot X-Men character.

Redditor AITA_EmmaFrost took to the popular AITA subreddit to discuss her situation. The 24-year-old shared that she and her fiancé (last name, Frost) were trying to come up with a good name for their baby girl when he suggested the name Emma.

“He brought up the name Emma for her before, and I thought nothing of it and said I don’t really like the name but he seemed to push and say it’s a perfect match for Frost,” she wrote. “I got suspicious and googled Emma Frost only to find she’s a comic book character.” The Redditor told her fiancé that she didn’t like the name, and even worse, didn’t like that he didn’t tell her about its origin. 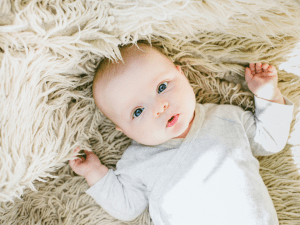 “He got mad and went on a rant about how she’s his daughter too and he gets a [say],” she wrote. “I told him no way that name is gonna fly.” According to OP, it’s been a month since this conversation happened, and he’s rejected every name she’s come up with. Her future brother-in-law even reached out to her to explain that the character of Emma Frost isn’t actually bad, which left her wonder if she was out of line for saying no outright.

The internet was quick to jump to the defense of her unborn daughter.

“NTA,” wrote user Beginning_Meringue. “This is a child, not a pet or a toy. Your fiancé is being an ass by insisting that his choice is the only one that matters.”

User Zealousideal-Set-592 wrote that the fact that mom didn’t like the name in the first place should have been enough for dad to move on. “I’m currently pregnant, and your partner disliking a name is enough of a reason not to choose it,” they wrote. “Sure it sucks when you’ve kinda got your heart set on something, but you move on and find a name that you both like.”

Bellatrix_dog had a rather extreme solution, should AITA_EmmaFrost’s fiancé get difficult about this. “Just a reminder you don’t have to let him in the hospital for the birth and you can do all the paperwork before he is allowed in and he will have no say. I had to do it with my husband, he wanted to name our son John McClane.” Bellatrix did note that she didn’t actually have to bar her husband from the hospital, as he eventually relented and agreed not to name the kid after the Die Hard hero.

User Princess_Batman also brought up a good point about naming your children after popular characters: You never know how their story will unfold down the line.

“One of my friends named her daughter Harley Quinn 10-ish years ago,” they wrote. “At the time it was really cute, the character wasn’t quite as widely known. Then the New 52 relaunched with Harley being wayyy more heavily sexualized and followed with the DC films it’s so much weirder.” Whatever mom and dad decide, we hope they’re able to settle on a name that doesn’t come with a whole bunch of NSFW image results every time you google it.

Looking for a cool baby name, try one of these unique celeb favorites!