There were some ways psychologist Annibel Tejada and economist Tendayi Kapfidze could use their professional training to help them prepare for having triplets. He knew they needed life insurance and extra savings; she knew to watch for signs of prenatal anxiety and depression. But then neither of them could have predicted the huge complication thrown into the mix: Tejada gave birth to their three daughters in New York City on March 25, when the number of coronavirus cases was rapidly growing, and some area hospitals had decided to ban partners from the delivery room.

Speaking to SheKnows from their home in Long Island City, Queens, as baby girls Vimbayi Camila, Thandiwe Amelia, and Anesu Isabella slept, the new parents don’t sound like a couple who went through a traumatic birth experience in the pandemic’s epicenter, however. That seems to be one of the advantages of having triplet newborns: You don’t have time to worry about anything but the present moment.

“When you have a multiples pregnancy, there are so many risks that every day is unpredictable,” Tejada, an adjunct professor at Hunter College, said. “It was hard for me to think of the future. For me, it was: Can I make it to another Monday? Every Monday I would make a week. It was not, ‘Oh, I’m three months [pregnant].’ It was more like ’12 weeks.’”

In the end, Tejada managed to make it through 33 weeks of complications, including an opening cervix and growth restrictions. They were healthy on that week in March when some hospitals and doctors, Tejada’s included,  stopped allowing partners to accompany pregnant patients to visits and to the delivery room. At first, she was just upset about not having her husband with her for the mentally and physically exhausting frequent checkups she had to go to, not even thinking about what it would be like to deliver her babies alone. Then she realized she was going into labor at her doctor’s office, and everything changed.

“I was devastated,” she said. And despite the fact that she was surrounded by attentive, apologetic hospital staff, she was growing more and more nervous.

“In my head, for some reason, I thought I was going to die, because I was having a C-section,” she admitted.

There was a whirlwind of confusing activity in which they moved up the time of her operation more than once, and Tejada was surprised to find herself walking into the operating room, faced by a team of about 20 people waiting to greet her.

Since her husband wasn’t there, she was assigned a special emotional-support doctor who explained what was happening in the procedure and held up a phone with FaceTime so that Kapfidze could witness the moment his babies were born.

“I was on FaceTime for like 10 minutes or so, when they did the delivery,” he said, and then the call ended abruptly after his third daughter was born — with no goodbye or indication of what was happening. He waited for someone to call back, and got increasingly worried when no one did. “After 10 or 15 minutes, I called the front desk of labor and delivery, but they had no idea what was going on.”

For an agonizing wait, he sat there worrying that something had gone wrong, but here’s what really happened: While Tejada was feeling mentally relieved after hearing all three daughters cry, her body began the postpartum chills — uncontrollable shaking that often occurs right after childbirth. She accidentally pressed the mute button before saying goodbye and hanging up. But once her shaking passed, she started texting her mom, aunts, and brother to tell them everything was fine.

“Out of all the people I could have texted, I didn’t text Tendayi,” she told us. Fortunately, he did eventually hear back from the hospital that all was well, and she called him two hours later.

Coronavirus around every corner

Back in her postpartum room, Tejada could see the changes that the pandemic had made to the hospital. All patients had their own rooms, and some rooms had cautionary signs on them. But the biggest difference was that she couldn’t visit her babies in the NICU until she’d been tested for COVID-19. It was almost a full day before she could see one daughter in person, and two days before she could see the other two because they were on CPAP machines.

“It was awful,” she said of the wait. “You feel helpless. That was the mom guilt in me. During that first week, I thought, ‘Oh, my God. I didn’t keep them long enough. Why couldn’t my body hold them down for a few extra days?” 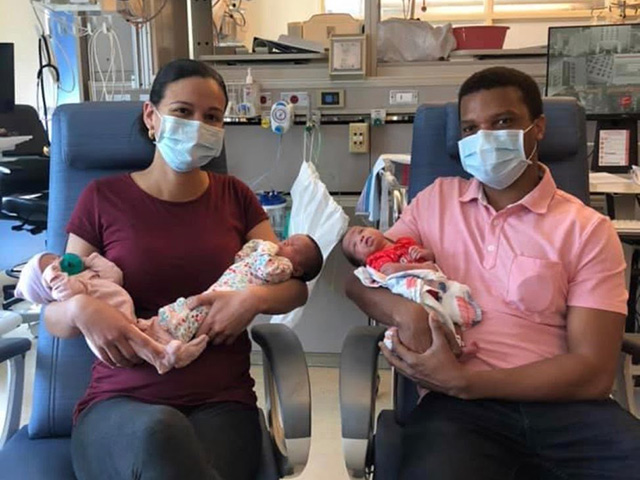 There was one advantage the family had in the NICU, however.

“I got lucky because the rule at the hospital, throughout pediatrics, was one parent per child,” Kapfidze said. “So because we had three, it meant that I could enter as well.”

The triplets had to stay in the NICU for three weeks, all while the coronavirus was peaking in the city. Here was a new thing to be afraid of. Passing morgue trucks parked outside the hospital and hallways lined with empty beds awaiting ER overflow, she wondered whether she was in danger of contracting the virus while visiting her daughters. The hospital had parents take numerous precautions, wearing PPE and sanitizing hands frequently, but the fear was real until the girls could finally come home.

Party of 5, on their own

Before the pandemic, Tejada’s mother had brought a suitcase to her daughter’s apartment, planning to be there for the first days of their homecoming. Now that suitcase sits untouched as the family complies with social distancing. Her parents have stopped by once and met the girls from afar in the backyard of their apartment building.

But the family of five seem to be doing surprisingly well at home, thanks to the rigid feeding schedule established by the NICU nurses that the new parents dare not mess with. The girls eat every three hours, at 12, 3, 6, and 9, p.m. and a.m., in the exact same order. They’re still too young to latch, but their mom pumps and supplements with formula, giving them all the calories they need to grow strong.

Tejada admitted that it’s actually nice not having a bunch of people around advising them on how to take care of the girls.

“We’re developing our own in a way without people imposing or telling us what to do,” she said.

When they do need advice or support, the couple have been turning to more modern means.

“We’re really lucky that we have really good benefits from work,” said Kapfidze, the chief economist at LendingTree.com. One of those benefits is their access to specialists via telemedicine service Maven Clinic. “Just the other day we were on a video chat, learning how to swaddle the baby.”

For emotional support, both of them have found Facebook groups for parents of multiples — because really, can the rest of us possibly understand what it’s like to raise three babies at once?

“We would share pictures of our babies in the NICU with the group and not with family members or friends, because they know what I’ve been through,” Tejada said. “We see babies attached to monitors and machines all the time, so that’s the expectation of the group.”

“‘Dads of Triplets’ is mostly jokes,” Kapfidze added. “Actually, one of the first things you learn in the Dads of Triplets is, ‘Never buy three of anything.’”

After seeing precious Vimbayi, Thandiwe, and Anesu, we’re amazed they can resist buying three of everything. 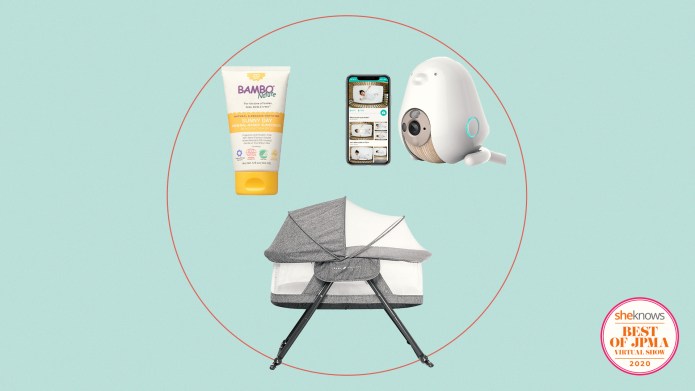 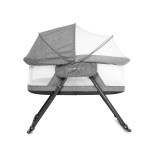 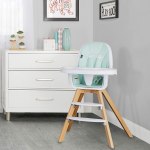 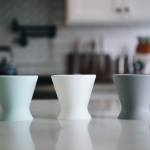 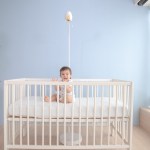