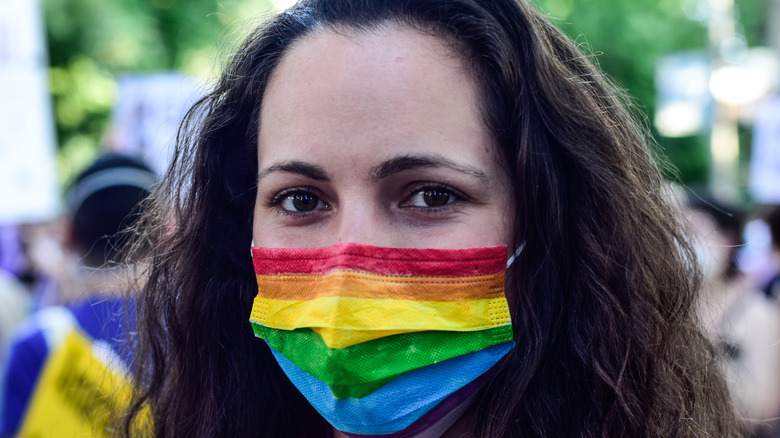 The moment the clock strikes midnight on June 1, brightly colored garments touting slogans of acceptance fill the shelves of clothing store giants, the social media accounts for countless brands become a flurry of rainbow filters, and for the next 30 days, companies that desire access to the wallets of all those celebrating Pride Month suddenly become the best LGBTQ+ allies around. This troublesome phenomenon has become known as rainbow capitalism, and it seems to get worse each time the sixth month of the year rolls around.

In a nutshell, rainbow capitalism refers to the exploitation of those in the LGBTQ+ community by turning their experiences into markets to then be sold back to them (via Refinery 29). For example, although there are disproportionately high rates of substance abuse among people who identify as LGBTQ+ (via Addiction Center), the season serves as one of the alcohol industry’s biggest promotional seasons, per Refinery 29. It’s similar to the “pinkwashing” of breast cancer awareness: i.e., how buying pink-colored objects allows people to feel as if they’re contributing to the cause. “What do we have to show for the billions spent on pink ribbon products?” Karuna Jaggar, the executive director of Breast Cancer Action, told The New York Times. “A lot of us are done with awareness. We want action.”

So as June 2021 comes to a close, it’s a great time to reflect on these issues and learn about how you can both avoid rainbow capitalism and become a better advocate for the queer community all year round.

The difference between rainbow capitalism and meaningful allyship 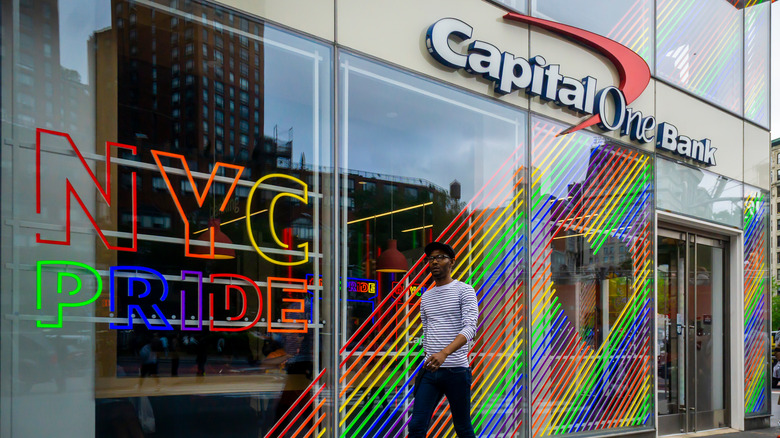 As more and more companies jump on the Pride Month bandwagon in order to make a buck, true activists have begun sounding the alarm. At first blush, the fact that these huge establishments now ostensibly affirm gay rights may seem like a positive thing — especially considering the fact that some brands — such as H&M, J.Crew, and Nike — donate a portion of sales from their pride collections to LGBTQ+ charities (via Vox).

Writing for Vox, Alex Abad-Santos provides some clarity: “In the abstract, yes, but taken in aggregate, this consumerist donation structure creates a context of so-called slacktivism, giving brands and consumers alike a low-effort way to support social and political causes.” As his article notes, the very first Pride march took place in 1970, and its purpose was to commemorate the individuals, who were largely people of color, who took a stand for LGBTQ+ right during the Stonewall riots the year prior. And it’s worth noting that the event was noticeably absent of obnoxiously loud T-shirts.

Comparing Pride’s political roots with the commodity it is today begs several questions: What are these companies actually supporting? And where does the money spent on their Pride-branded items go? The answers are sometimes purposefully difficult to find, so there is no real way of knowing whether or not these companies effectively support the LGBTQ+ community, or even do so at all. Regardless, they still capitalize on the good intentions of people wanting to celebrate and help.

How to steer clear of rainbow capitalism 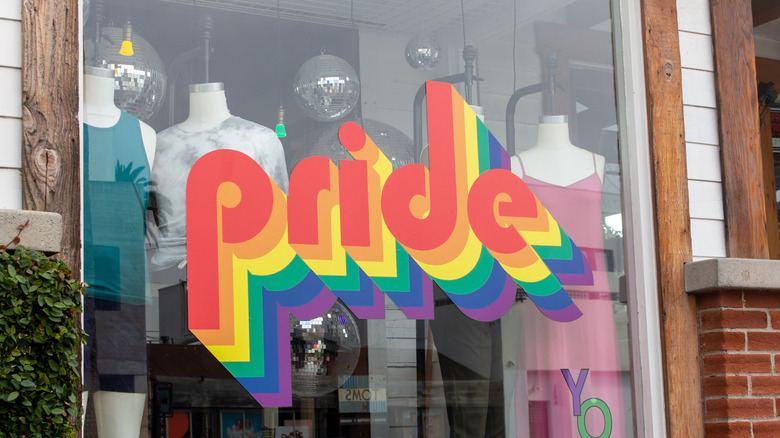 So at this point, you might be wondering what you as an individual can do to steer clear of this whole rainbow capitalism mess. According to Vox, one step you can take is to scrutinize and discuss what companies are doing with the money they receive from their Pride campaigns. Ask the bigger picture questions like what percentage of profits are given to charities, and what the names and missions of said charities are. Additionally, you can scour the web to find out if any inconsistent policies regarding LGTBQ+ issues exist within the companies’ structures. Alternatively, you can bypass the whole rainbow capitalism thing altogether and donate money directly to charities of your choosing.

Here’s the moral story: If you consider yourself an ally to the LGBTQ+ community, don’t slap on a fast-fashion T-shirt and call it activism. Because in the world of rainbow capitalism, it’s more than likely that the money you spent on the thing won’t make much of an impact. You, on other hand, can.