The late basketball player died at the age of 41 on Sunday, January 26, in a tragic helicopter accident, along with his 13-year-old daughter, Gianna, and seven other passengers. The chopper was headed to Thousand Oaks, California, for a basketball game at the athlete’s Mamba Sports Academy when it crashed in Calabasas and caught fire. The father-daughter pair are survived by Vanessa, Natalia, 17, Bianka, 3, and Capri, 7 months.

The Olympian and his wife, who wed in 1999, welcomed their youngest daughter in June 2019 — and the California native wanted to try again for a baby boy “more than” her husband did. 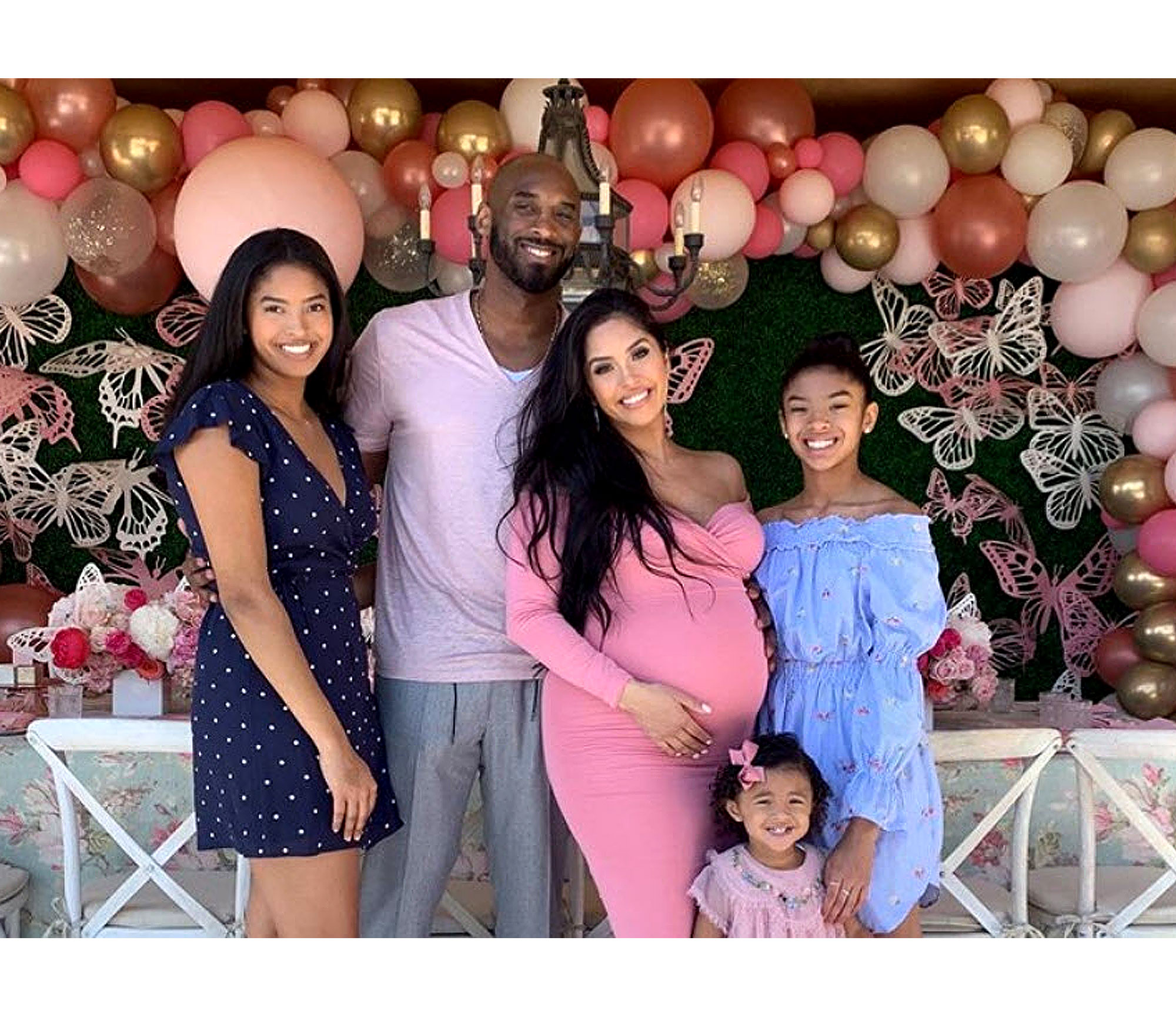 “I love having girls — I’m super, super excited about that,” Kobe explained to Extra four months ahead of Capri’s birth. “Vanessa is as well. She wanted a boy so he can be mama’s boy forever — that sort of thing. We’ll see if I can deliver, I don’t know.”

The Philadelphia native added, “She’s like, ‘You go see if you can hit a clutch shot. You gave me all girls, let’s see if you can bring a boy!’ Nope, not yet. We’ll see.”

The late Los Angeles Lakers player loved his family of females, he gushed in July 2017. “My friends say, ‘It takes a real man to make a boy,’” he told the outlet at the time. “I’m like, ‘Dude, it takes a king to make a princess. Get in line.’ It’s pretty cool for me because its Daddy’s little princesses.”

That being said, Kobe dreamed of welcoming a fifth child. “I would go for a solid starting five, you know what I mean?” he explained to Ellen DeGeneres in April 2019. “You’d just have your own internal basketball team. We could. They’re doing well.”

Watch the video for more of Kobe’s best quotes about fatherhood, from introducing his daughters to Beyoncé to watching Gianna’s basketball skills.