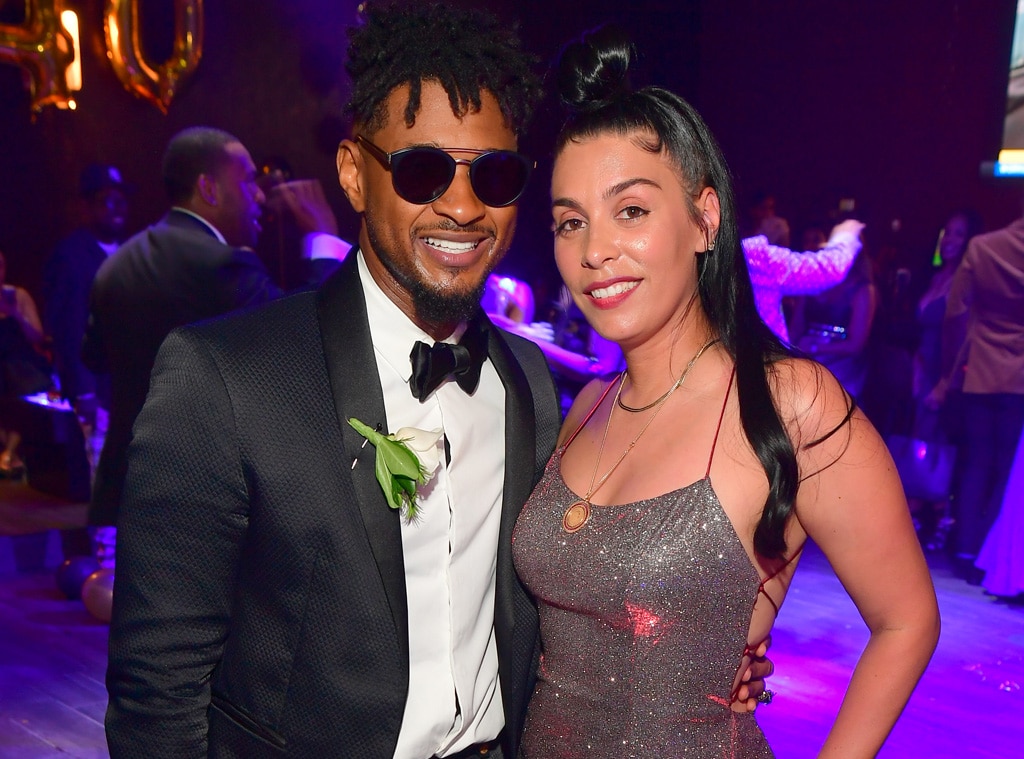 Usher has a Confession(s) to make: He's going to be a dad again!

E! News has learned Usher and girlfriend Jenn Goicoechea are expecting their first child together.

According to Us Weekly, the couple is "thrilled and very excited" about this new chapter in their life.

The happy news comes as Usher and Jenn prepare to celebrate their one-year anniversary. According to Hot New Hip Hop, the couple was first spotted together at a Hollywood Bowl concert in Oct. 2019.

Photographer Jennifer Johnson snapped a picture of the duo at the same event, writing on Instagram, "Cause she's such a good kisser! Caught a rare moment with @usher backstage the other day. I stay catching moments like these boys be catching feelings!"

Then, heading into the 2020 award season, the couple was seen attending numerous A-list events, like the Vanity Fair after party and more.

Their baby will join older brothers Usher and Naviyd, who the singer previously welcomed with ex-wife Tameka Foster.

He married the stylist in 2007, but the pair eventually divorced in 2009. Though their divorce proceedings were contentious, the exes appear to be on good terms these days.

The singer later went on to marry Grace Miguel. Their relationship lasted for nearly 10 years, two of which they were married, but came to an amicable end in 2018. "After much thought and consideration we have mutually decided to separate as a couple," Usher and Grace revealed in a statement at the time. "We remain deeply connected, loving friends who will continue supporting each other through the next phases of our lives."

It continued, "The enormous amount of love and respect that we have for each other will only increase as we move forward."