Leaving your kids to go to work is hard, especially when you have to travel for your job (or take pump breaks throughout the day). Earning a multi-million-dollar paycheck like Tom Brady — who topped Forbes 2022 list of highest-paid players at $75 million — eases the sting a little. But not for the Tampa Bay Buccaneers quarterback and dad of 3. He recently complained that going to work is comparably to a military deployment, and we are rolling our eyes at the self-centeredness.

“I almost look at like a football season like you’re going away on deployment in the military, and it’s like, man, here I go again,” Brady said on Monday’s episode of the Sirius XM podcast “Let’s Go” that he co-hosts, per TODAY.

He added, “As much as you want to have this playful balance with the work balance, you’re going to end up doing exactly what you’ve always done, which is why you are who you are.”

The athlete is dad to John, 15, with ex-wife Bridget Moynahan, and Benjamin, 12, and Vivian, 9, with wife Gisele Bündchen. The model is tired of his decision to un-retire from the NFL, which is impacting their marriage.

Brady’s friends are reportedly annoyed with his obsession with football, too. A source recently told Us Weekly, “Gisele and Tom’s friends are upset at Tom for going back on his word and coming out of retirement,” a source told Us Weekly. “They hate the way Tom is refusing to bend for Gisele.”

It makes sense. After all, he did announce his retirement with a sweet note about family being his “greatest achievement” and how he wanted to “spend more time with my family,” only to abruptly switch course two months later. Now he is complaining about how hard it is to leave, like, sir? It was your choice. Your family and friends are wishing you wouldn’t do it. It’s not a public service, it’s not a selfless act of courage to help out the nation. It’s a chance for you to continue shirking your duties as a husband and father and keep seeking the glory you so desperately crave. 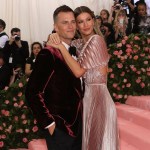 Tom Brady needs a timeout to reflect on his attitude and actions. Maybe then he’ll realize he’s not exactly an American hero.