Patrick Mahomes has gone viral once again, but this time it isn’t for his game-winning talent or his adorable daughter — it’s for the fact that his athletic prowess seems to have been written in his destiny through the Mahomes genes.

A photo of Mahomes and his father, Patrick Sr., was shared on Twitter by a baseball history account — the elder Mahomes was a pitcher in the Major Baseball League from 1992 to 2003, making the junior Mahomes a second-generation professional athlete.

The throwback photo shows Pat Sr. holding a baby Pat Jr. during one of his games with the Minnesota Twins. Baby Mahomes matches his dad in a tiny Twins uniform and baseball bat — see the seriously adorable moment HERE.

Fans ate up the wholesome photo in the replies, with one Twitter user writing, “That’s so cute!!” Other comments included “That kid grew up to beat my Niners in a Super Bowl,” “Such a sweet photo Daddy and his precious baby boy,” and “He looks just like his daughter now!”

Speaking of the junior Mahomes’ daughter, we can’t help but wonder just how deep those athletic genes run — in a recent appearance on the Rich Eisen Show, the NFL star revealed his 1-year-old daughter, Sterling, is already showing an inclination for soccer, just like her soccer-playing mom, Brittany, who played professionally for Iceland’s championship-winning UMF Afturelding/Fram team.

Mahomes shared that neither he nor his wife taught Sterling to kick a soccer ball, she just started doing it herself after seeing her mom and other women dribbling around. The soon-to-be dad of 2 shared, “I don’t want to force her to be an athlete, but to see those tendencies early is definitely cool.” 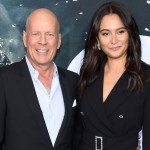 Only time will tell if Sterling, or both baby Mahomeses, will turn out to be athletic prodigies like their parents and grandfather, but given their strong athletic genes on both sides of the family, we’re betting that they’re some of the world’s brightest future sports stars.