Stepmothers get a bad rep (Cinderella, we blame you!), but sometimes stepmoms are just living their lives, working, and thriving — and it’s the dad causing all the problems. Men are truly the worst sometimes, TBH. This 35-year-old woman on Reddit is a new wife and full-time stepmom to her 37-year-old husband’s 7- and 10-year-olds, which is great…most of the time. But recently, her husband lied about feeding his kids to try to trick her into cooking dinner for them — after she explicitly said she couldn’t — and things escalated from there. It’s enough to make you want to scream, and also, save those poor kids!

In the ever-popular “Am I The A—hole?” subreddit, a woman wrote about her husband’s bizarre and toxic behavior recently. They’ve been married for six months, and the husband is dad to two kids from “two different (uninvolved) mothers.” The new wife works from home, so naturally, her husband asks her to do way too much to care for his kids.

“I work long hours and it’s a demanding job time wise,” she wrote. “My husband thinks that just because I wfh that I can pause whenever but it’s untrue. He’d ask me to do things for the kids or him during work hours, but I told him I’m working and unavailable during those hours, and that the kids are his responsibilty til I’m done.”

Ugh, starting off already so annoying. Why do people assume working from home means you don’t do anything? But the big problem came when he asked her to take off to cook a dinner.

“Yesterday, He told me he wanted to go attend a friend’s engagement dinner and asked if I could ‘take time off work’ to make the kids dinner,” she wrote. “I told him absolutely not, and insisted that he cook for them or order takeout. He said he had no time to cook, and takeout was off the table since he doesn’t want them to eat fast food.”

“He later said fine and that he was going to cook dinner then go to the party,” she added. 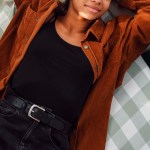 So he doesn’t have enough time to cook, but his wife — who is actually working — does? She set a boundary, and they came to an agreement like two responsible adults. Except, one of them was lying.

“2hrs later, the kids came in and said they were hungry,” she wrote. “I was puzzled, I asked if their dad cooked them dinner and they said he didn’t.”

Wait, what?? But, they had an agreement, so what happened?

“Moreover!!! He told them to come ask me to cook for them at exactly 7pm,” she continued. “I was so pissed to find myself in this situation. I took few minutes off the meeting and ordered takeout from the nearby restaurant and fed the kids, then had them watch tv then go to sleep.”

So, not feeding your kids is the whole plan? He told his wife he would cook for them, then told his kids to bug her at 7 p.m. to cook, meaning your kids are the ones who are suffering. It’s annoying bordering on neglectful, and also, extremely abusive. Also, how hard is it to cook some chicken nuggets or serve up cereal and fruit and call it breakfast-for-dinner? Exactly.

Even though she valiantly stepped in to save the day — the kids were happily fed and put to bed — the dad had the audacity to be mad when he got home.

“He came home at 11PM and went off on me after he discovered that I didn’t cook like he was counting on me to do,” she said. Huh? Someone should be getting yelled at, and it’s not the wife who fed the kids…

“Not only that, but he yelled about feeding the kids takeout,” she continued, and we are rolling our eyes so hard. “I argued back saying I had no choice after he basically tricked me into cooking for them knowing I was busy, so I ordered food and made sure the kids were fed while I focused on work.”

After she made that completely valid point, the dad switched gears and decided to attack the mom for working. “He ranted about how I care more about work than my stepchildren (God forbid) and called me selfish then went upstairs and refused to talk to me,” she said, and wow, he sounds more like a toddler than a grown man. “He’s still sulking about it today and says I need to get my priorities ‘in order’ cause they’re messed up.”

We agree — she should make it a priority to leave this bag of bones who calls himself a man ASAP. Especially because, oh yeah, he was also mad at her for missing his friend’s enagement party.

“About that friend’s engagement,” she added. “My husband has this friend from college. They’re close and he couldn’t miss the event. Moreover, he said he was upset with me for missing the event and now refusing to cook a homemade healthy meal and ordering takeout knowing it’s a ‘no go’ for him.”

She also explained that her husband “usually cooks” for the kids, so it’s not like this was a total shock that she was asking him to cook (although, they are his kids, so even if she normally cooked it doesn’t matter because she told him she couldn’t).

Redditors are basically encouraging the mom to run for the hills.

One person wrote. “6 months in and the honeymoon is over. We now know why the mothers aren’t involved – they ran for their lives. You should think about doing the same thing.”

“NTA. I wfh too and it’s infuriating when people assume that I can drop out of work mode whenever and cater to their whims,” another person said, adding, “It is HIS responsibility to make sure that his children are clothed and fed. He’s trying to force-feed you part of his obligation. I get that you’re a couple and some help is to be expected. But he intentionally tried to trick you in hopes you’d somehow feel obligated to lighten his load of responsibility. He’ll keep trying until you do it ‘right’ and he’s freer for more play time. Don’t let him do it.”

Another wrote, “It sounds like he was very eager to slip a Ring on your finger to dump his kids on you. You have been played.”

Many people pointed out that he sees the stepmom as a “bangmaid.”

“Be prepared for more of this,” one person cautioned. “Sadly, he only sees you as his ‘bangmaid’. He doesn’t respect you or your career. Welcome to the rest of your life. He will slowly jeopardize your career until you have to quit or are fired. Then he’ll have the full-time cook, maid, & mother to his children that he wants. He only sees you for what he can get from you, sadly.”

The lying and manipulation sucks, but the worst part of the whole story is how he used his kids in his petty fight.

“NTA, he was willing to let his own kids go hungry in his attempts to control YOU,” someone wrote. “Does he use his own children as pawns to get his way often?”

Another wrote, “Your husband is seriously entitled. He lies to you, uses the children to manipulate you, and then sucks when you don’t do what he wanted to trick you into doing. You guys need some marriage counseling.”

Next time, cook the kids dinner yourself, sir, or hire a nanny. You should be thanking your new wife for watching the kids while working, not harassing her for not doing what you wanted. Those kids, and their stepmom, deserve better.