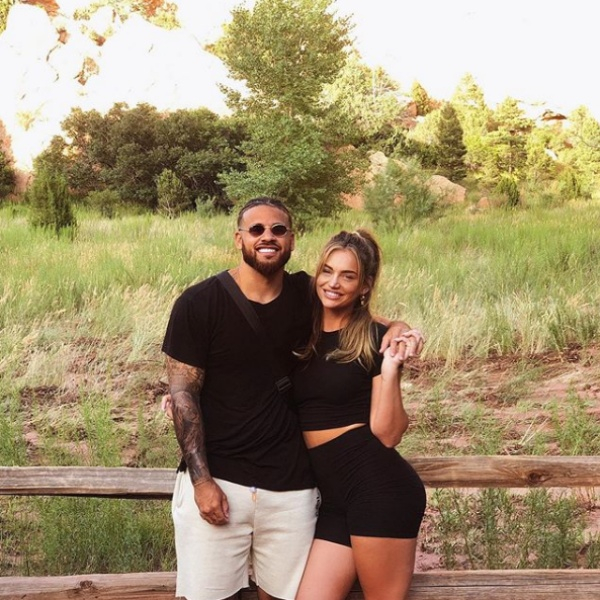 Congratulations are in order for Cory Wharton and Taylor Selfridge.

The Teen Mom OG stars welcomed their first child into the world together this week. Cory is also the proud father to a daughter named Ryder with ex Cheyenne Floyd.

Cory took to Instagram to announce the couple’s new bundle of joy, though the baby’s name has yet to be shared.

Fans were preparing for some big news this week when Cory teased on Twitter that a baby was coming.

“Quick update: Taylor is doing AMAZING, but it’s time for the epidural shot,” he shared on social media Wednesday morning. “So we should be meeting our daughters today 🙂 Thanks for all the support you guys.”

This season on Teen Mom OG, viewers have had a preview into the couple’s pregnancy journey. In fact, the most recent episode featured Cory revealing to Cheyenne that he was expecting a baby with Taylor.

“It’s definitely one big, weird, blended, dysfunctional family,” Cheyenne previously shared with E! News. “I actually helped them plan their gender reveal and gave them all the vendors and places to call. People hear that and they’re like, ‘You helped your child’s father plan their new child’s gender reveal?’ and it sounds so weird but it works for us.”

The MTV reality star and party planner added, “I would take our situation over us hating each other any day. It might be weird to some people, but it works for us.”

Through it all, Cory has been open about his excitement about starting a new chapter with Taylor that recently included moving in together.

“I’m really excited to share this journey with you guys. All that I ask from you guys is respect for Taylor, respect for me and most importantly respect for the baby. All that I want is a healthy baby that is brought into a very positive environment and surround by good energy and love. The same way that I am raising Ryder,” he shared on Instagram. “This is a very exciting time for mine and Taylor’s families. Never did I think by 28 I would have two children but here we are.”