Just two days after Teen Mom's Chelsea Houska announced her pregnancy, she returned to Instagram with some extra special news about her baby's sex. 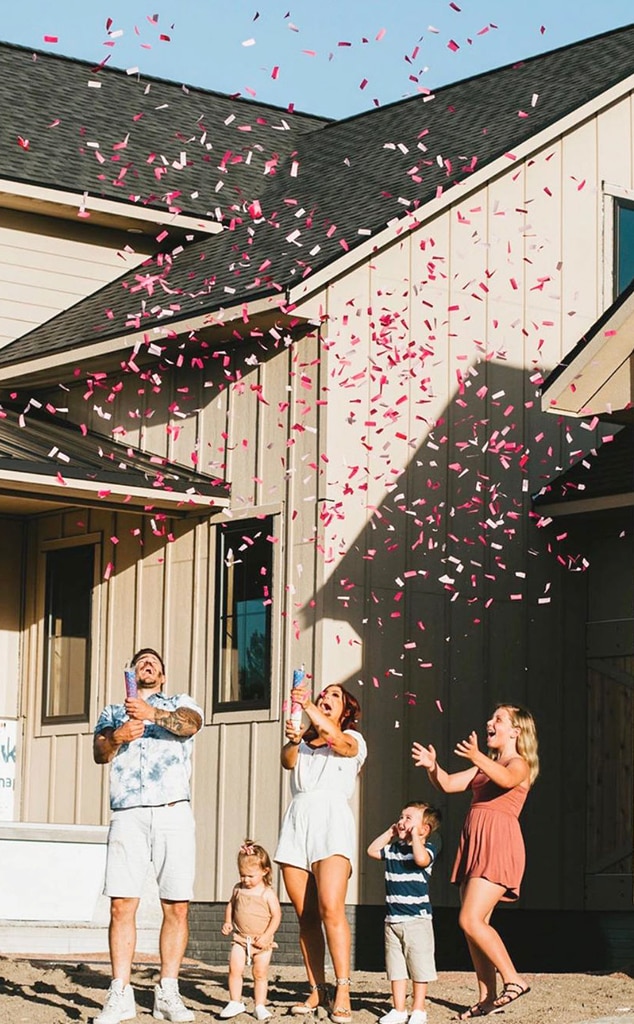 Just two days after the Teen Mom star announced her pregnancy, she returned to Instagram on Friday, Aug. 7 with some extra special news about her baby's sex. She's having a girl!

"Baby…….GIRL!!!!!!" Chelsea, 28, captioned the snapshot of her, Cole and their little ones launching a confetti cannon into the sky.

This marks Chelsea's fourth child. She's already the proud mom to daughter Aubree, 10, who she welcomed with ex Adam Lind, as well as Watson, 3 and Layne, 1.

Chelsea's MTV co-star Kailyn Lowry, who recently gave birth to her own fourth bundle of joy, commented on her post, "YESSSSSSS." Cole wrote, "so in love!"

Chelsea told her 6 million Instagram followers that the baby is due in early 2021. She's also shared a look at her growing baby bump. "My beautiful wife and baby!!!!" Cole, who Chelsea married in 2016, commented at the time.

TikTok's Highest-Paid Stars Revealed: Find Out Where Your Faves Rank

Fans will get a new look at life at home for Chelsea and her growing family when the latest season of Teen Mom 2 premieres next week. A trailer shows Chelsea navigating what she calls a "sh–ty" situation for daughter Aubree regarding her custody agreement.

"I definitely have my own opinion and my own opinion on things, but I have to try my best not to put my feelings out on her," Chelsea told E! News when reflecting on past Teen Mom episodes involving Adam's inability to meet with his daughter. "He's still her dad. She still has her own feelings about it so I kind of have to keep my feelings to myself and let her have her own little opinion."