Based on The Duke and I by author Julia Quinn, Bridgerton proved to be exactly what the world needed in 2020 (when everything else seemed like a raging dumpster fire). The first Shonda Rhimes production on Netflix, it has been praised for its diversity in casting, which is especially rare for a period drama. Set in the British Regency era, it’s an intoxicating glimpse into the secrets and romantic lives of an aristocratic inner circle of Londoners. Now in its second season, it’s a certifiable pop-culture darling.

As we know, pop culture heavily influences baby names — a recent example is the popularity of the name Arya. When we were introduced to Arya Stark’s character in Game of Thrones in 2011, the name was at #714 on the list; by the time the series ended in 2019 it was #92. This doesn’t account for its alternate spelling, Aria, which reached as high on the list as #19.

Combine this with the timeless appeal of the British royal family, and the resurgence in popularity of old-fashioned and “vintage” sounding names, and it’s no wonder that Regency-era names like those in Bridgerton are on fire. They sound posh and sophisticated, but thanks to pop culture, not stuffy.

Here, we’ve broken down some of the names you’ll find in Bridgerton – both popular and rare on the current charts — and some names you won’t find in the series, but that will be appealing to anyone who likes British Regency names.

These Bridgerton names are currently in the top 500 most popular baby names for girls, and many of them are still rising in popularity.

Like their female counterparts, these boy names from Bridgerton are all in the top 500 boys’ names on the U.S. popularity charts.

These names all fall below #500 on the current popularity charts, making them more rarely-used than the other Bridgerton names on the list. The highest ranked is Siena, coming in at #634, but the majority of these aren’t even in the top 1000 baby names.

While most of the Bridgerton names do accurately reflect the naming trends of the period, there are a few — such as Francesca — that you likely wouldn’t have seen in actual 1813 England. If you like British Regency baby names, here are some names that are inspired by the time period of Bridgerton, but not seen in the series … at least, not yet.

And finally, if you’re not married to the idea of a Regency-era baby name but are still a huge fan of Bridgerton, how about paying homage to your obsession with some names taken from the cast?

If you’re binge-watching Bridgerton with your loved one tonight, this list of Bridgerton baby names may come in handy later on. After all, you know what they say: Netflix and chil…dren.

These are the most talked about sex & relationship scenes in ‘Bridgerton’. 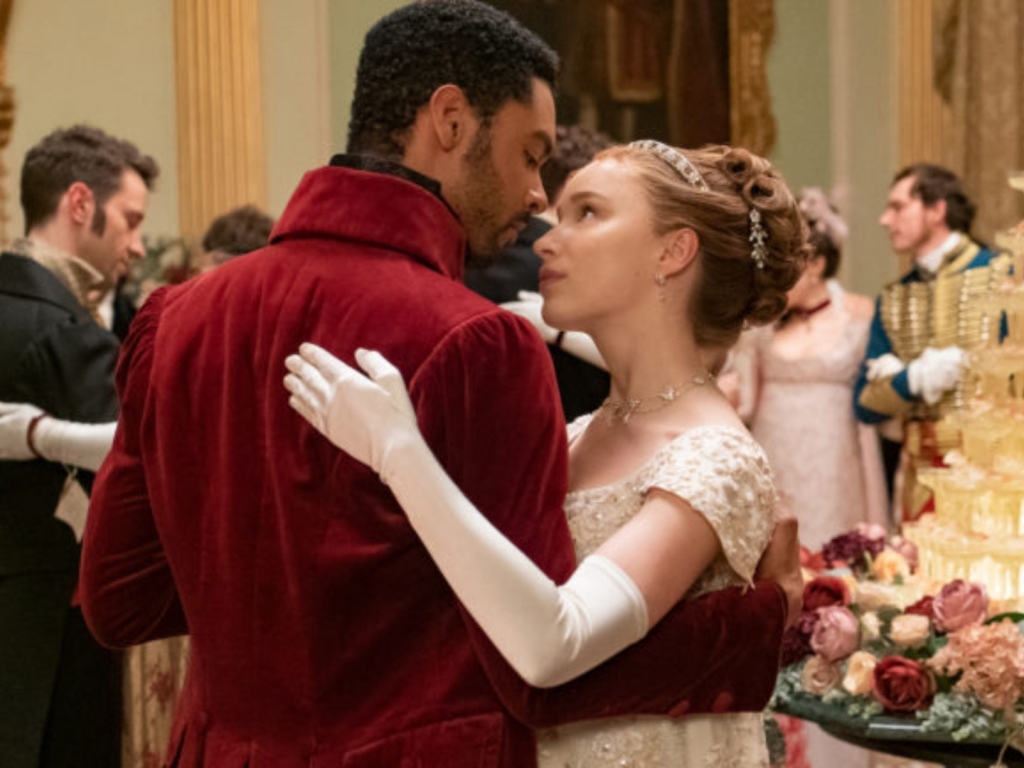