Heads up, fans of the Star Wars franchise and The Mandalorian — and, of course, LEGO! You’re going to want to get your hands on this out-of-this-world deal (see what we did there?) on the 593-piece Star Wars LEGO set featuring Boba Fett’s Starship, currently 20% off on Amazon.

Kids ages 9+ can construct and recreate battle scenes with the highly detailed starship, which measures over 8 inches long. It’s equipped with a handle so kids can fly it around during play without the risk of dropping it and busting it apart, and an opening cockpit built to hold LEGO minifigures. And speaking of minifigs, the Boba Fett’s Starship set comes with two of them: Boba Fett and The Mandalorian, both with their own cool weaponry. It also comes with a Carbonite brick so kids can pretend-freeze their intergalactic enemies.

This Star Wars LEGO set also comes with a smaller transporter vehicle, which can be used in two ways: either to move the starship along the ground during play, or to display it in an upright flight position when it’s not in use. 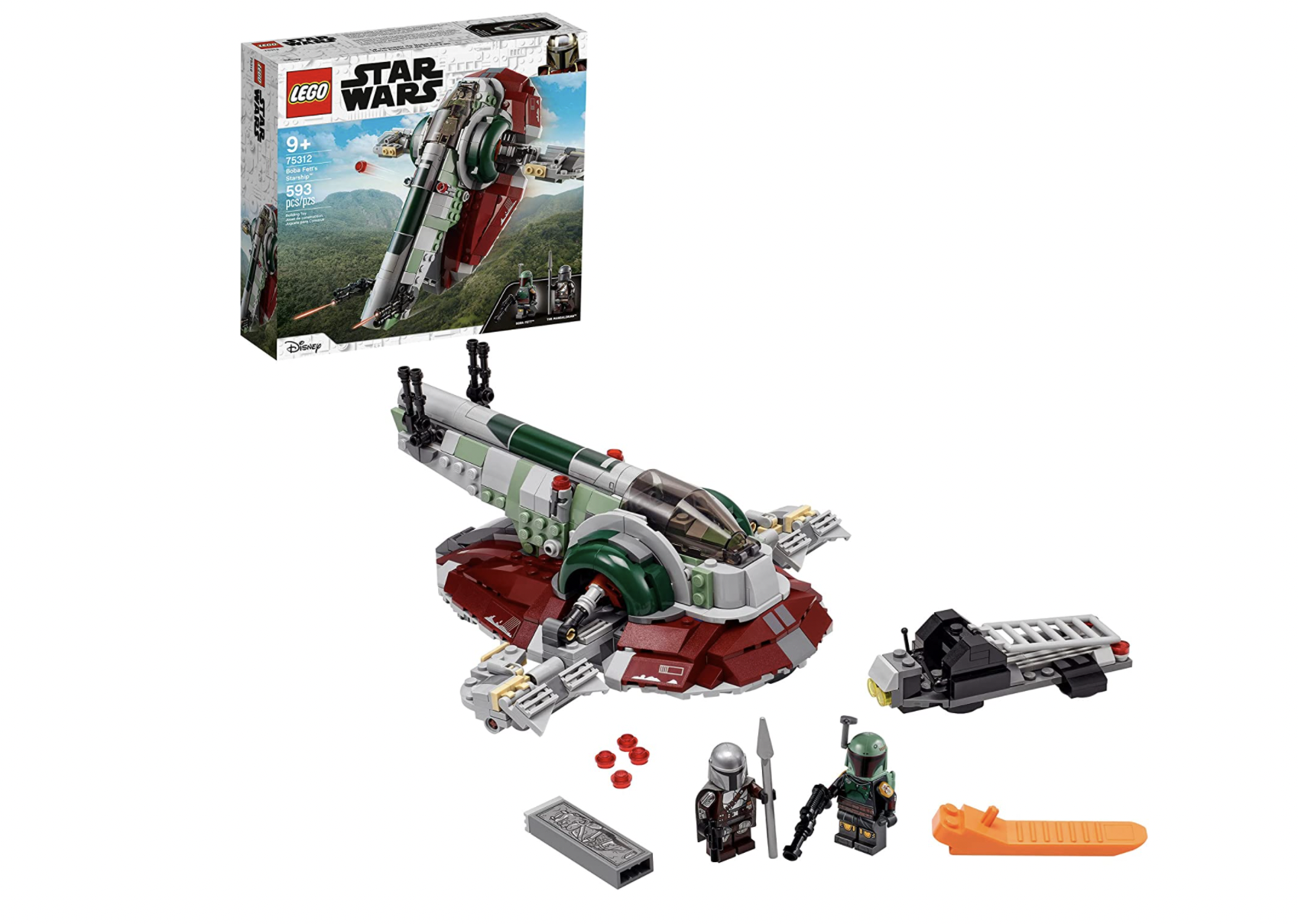 With instructions clear enough for even the LEGO-building novice (i.e., it won’t require a Jedi mind trick to assemble), Boba Fett’s Starship makes the perfect gift for a Star Wars fan of any age. Reviewers say that it’s a “great size for kids” and rave that it “has good playability and is well-designed.” We love a LEGO set that makes kids feel accomplished and lets them have fun playing with it after the build, and this one is (inter)stellar.