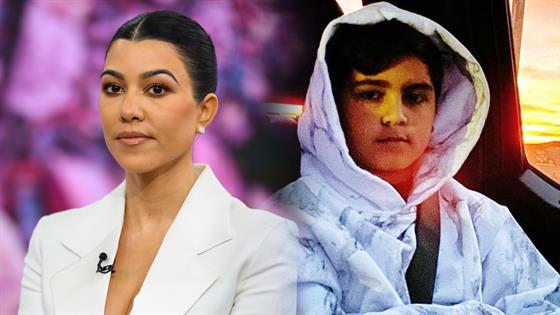 Is Kourtney Kardashian expecting another baby?

On Friday, the Keeping Up With the Kardashians star addressed speculation that she was pregnant with her 4th child on Instagram—and her response is raising some eyebrows.

After posting a steamy picture of herself donning an orange button-up dress and exposing her mid-section, one fan jumped to the conclusion that the mom of three had another baby on the way. The fan commented, “You are pregnant.” Chiming in, another fan answered, “nope, wish she was.” Seeing their exchange, Kourtney set the record straight and responded, “Put the blessing out there though,” adding the praying hands emoji.

This isn’t the first time that the POOSH founder has expressed interest in wanting to give Mason Disick, 10, Penelope Disick, 7, and Reign Disick, 5, another sibling. When she was the subject of pregnancy rumors in January, Kourtney denied allegations and said, “No I wish,” when asked by a fan if she was expecting.

Like Kourtney, her ex Scott Disick has also been vocal about having more children with his former love. In 2017, he said that he wants to expand their family in the future—even if the former couple doesn’t get back together.

With babies on the brain, Kourtney has taken several steps to leave the door for more children open. Back in 2018, she shared that she was considering freezing her eggs during a candid episode of KUWTK. Elaborating on her mindset with her sister Kim Kardashian, Kourtney explained, “What if I do though? I don’t know what I want. What if I want a kid in the next 10 years? Wouldn’t you rather have the insurance sitting there?”

Assuring her sister that she wasn’t ready at the time, she continued, “If I wanted to have it with my situation right this second I would take out my IUD and I would get to work. Right now, I’m good.” 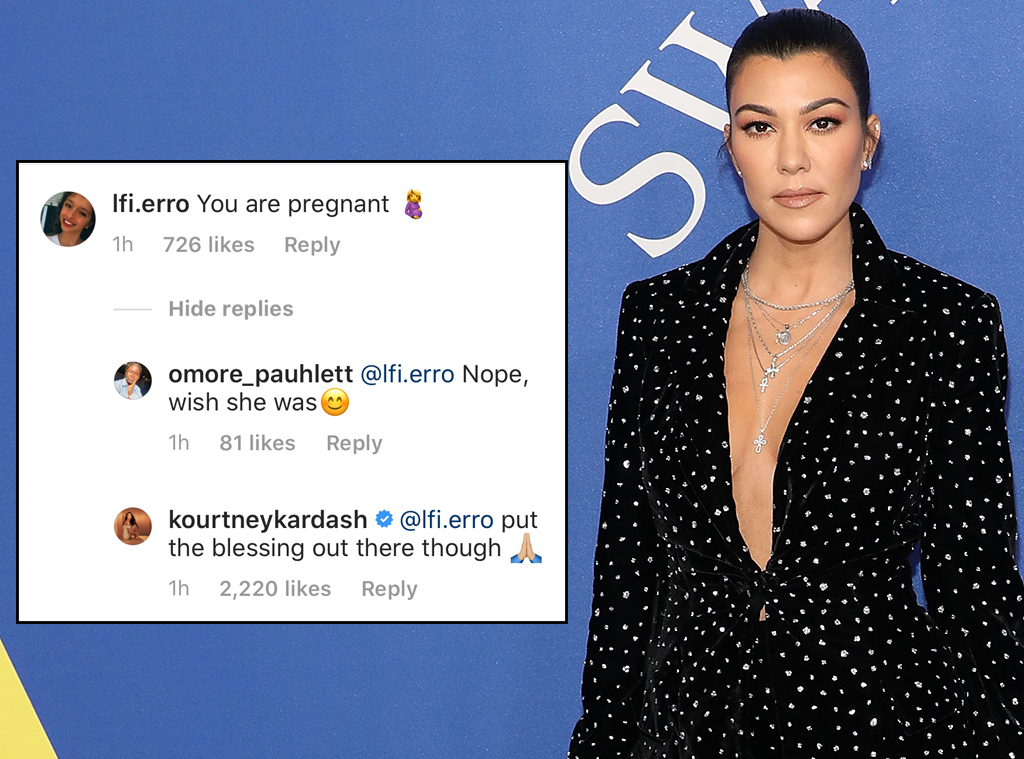 Months later, she began preparing her body to carry through with the procedure and shared with KUWTK viewers that she had been experiencing mood swings from giving herself hormone injections, revealing that the shots had also left her stomach badly bruised.

“I’ve been so up-and-down emotional ’cause I’ve been doing the shots for the egg freezing,” she said. “I feel like I want to jump out of my skin, like I’m so crazy. I can’t take it.”

While having more children is still on the table, for now, we’re sure Kourtney would say that this conversation is “ABCDEFG.”

Watch a brand new episode of Keeping Up With the Kardashians Thursday at 8 p.m., only on E!