A walk in their shoes. Robert De Niro acknowledged that raising his six biracial children has a different impact on him as a white father.

“My children are all half black and I don’t have … even me, I take certain things for granted,” the Irishman star, 76, said in an interview on The Tonight Show Starring Jimmy Fallon on Wednesday, June 10. “When people say that they tell their kids, ‘Keep your hands [up] when you’re stopped by any cops, keep your hands on the steering wheel, don’t make a sudden move, don’t put your hands below, don’t do this,’ you understand that. That’s scary. That has to change.”

De Niro also weighed in on the widespread protests against police brutality and racial inequality taking place throughout the U.S. and around the world. The demonstrations began in the wake of George Floyd’s death while in police custody in May.

“We had all the protests and everything going on, rightfully so, people are so angry that they did not care. They said, ‘I’m going out anyway,’” the Goodfellas star said. “I think a lot of people did wear masks, it seems that way. But that’s how angry everybody was.” 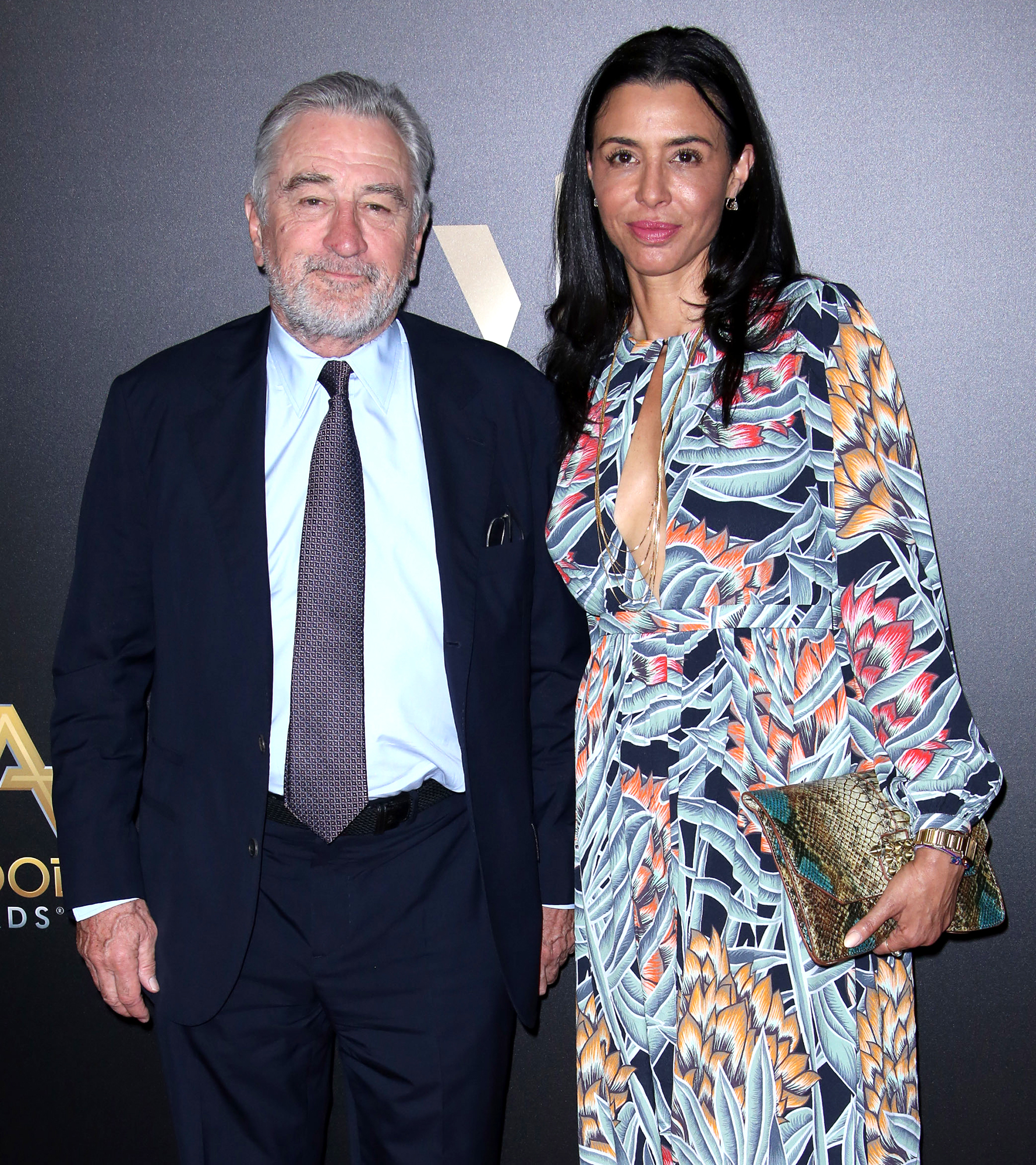 De Niro and his ex-wife Diahnne Abbott share daughter Drena, 48, and son Raphael, 44. He and his ex-girlfriend Toukie Smith are the parents of twin sons Julian and Aaron, 24. The Oscar winner also shares son Elliot, 22, and daughter Helen, 8, with his ex-wife, Grace Hightower.

The Taxi Driver actor told Us Weekly in April 2019 that although he enjoys fatherhood it can be challenging.

“I love my children, just being with them,” De Niro said at the time. “It’s not easy. Sometimes it’s fun and you love your kids, and sometimes you want to kill them!”

He added, “Then, when you have the good moments, you forget about the ones that weren’t good.”

De Niro and Hightower, 65, separated in November 2018 after more than 20 years of marriage. The New York native confirmed their split in a statement to Us at the time.

“Grace and I have two beautiful children together,” De Niro said. “We are entering a period of transition in our relationship, which is a difficult but constructive process. I honor Grace as a wonderful mother and ask for privacy and respect from all as we proceed to develop our roles as partners in parenting.”