Owning her look. Sonja Morgan is happy with her choice to undergo plastic surgery on her face and neck after filming the latest season of The Real Housewives of New York City.

“There’s been speculation around my fresh new look,” the Bravo star, 56, wrote via Instagram on Monday, July 20, revealing she got a lower facelift and neck lift after she wrapped season 12 of the reality show (which is now airing).

The New York native explained that she wanted to “be rid of the wrinkling” on her neck and remove the jowls that were beginning to form.

There’s been speculation around my fresh new look. I got a lower facelift and neck lift after wrappingSeason 12.I just wanted to be rid of the wrinkling on my neck and the jowels that were starting to form. People thought I was nuts because it was so subtle. But not to me!It was a no-brainer – gravity had taken its toll, I was also exhausted and I needed a “pick me up”. I entrusted my face to the best @drjacono and he hit it out of the park.He uses a method called deep plane which goes under the muscle so your skin is still attached. Your blood flows and your face stays vibrant and heals fast.Pick up his book #parkavenueface to read more. I did!#drandrewjacono #selfcare #beautytips #feelgood #lookgood

“People thought I was nuts because it was so subtle. But not to me,” Morgan told her fans. “It was a no-brainer – gravity had taken its toll, I was also exhausted and I needed a ‘pick me up.’”

The shoe designer gave her surgeon, Dr. Andrew Jacono, a shout-out saying he “hit it out of the park” when it came to her new look. Morgan outlined her procedure, calling it a “deep plane” style surgery, which heals fast.

The New York City plastic surgeon also gushed about Morgan’s before and after results on his Instagram account.

“I mean I am just blown away by the result of this #deepplanefacelift I performed on @sonjatmorgan of @bravo_rhony,” he wrote on Monday. “We were lucky enough to be able to do the procedure after she completed filming the current season and before COVID hit in New York. So many celebrities look amazing but do not disclose that they have done #plasticsurgery, but I know that her coming forward will empower women who are considering taking control of their appearance.” 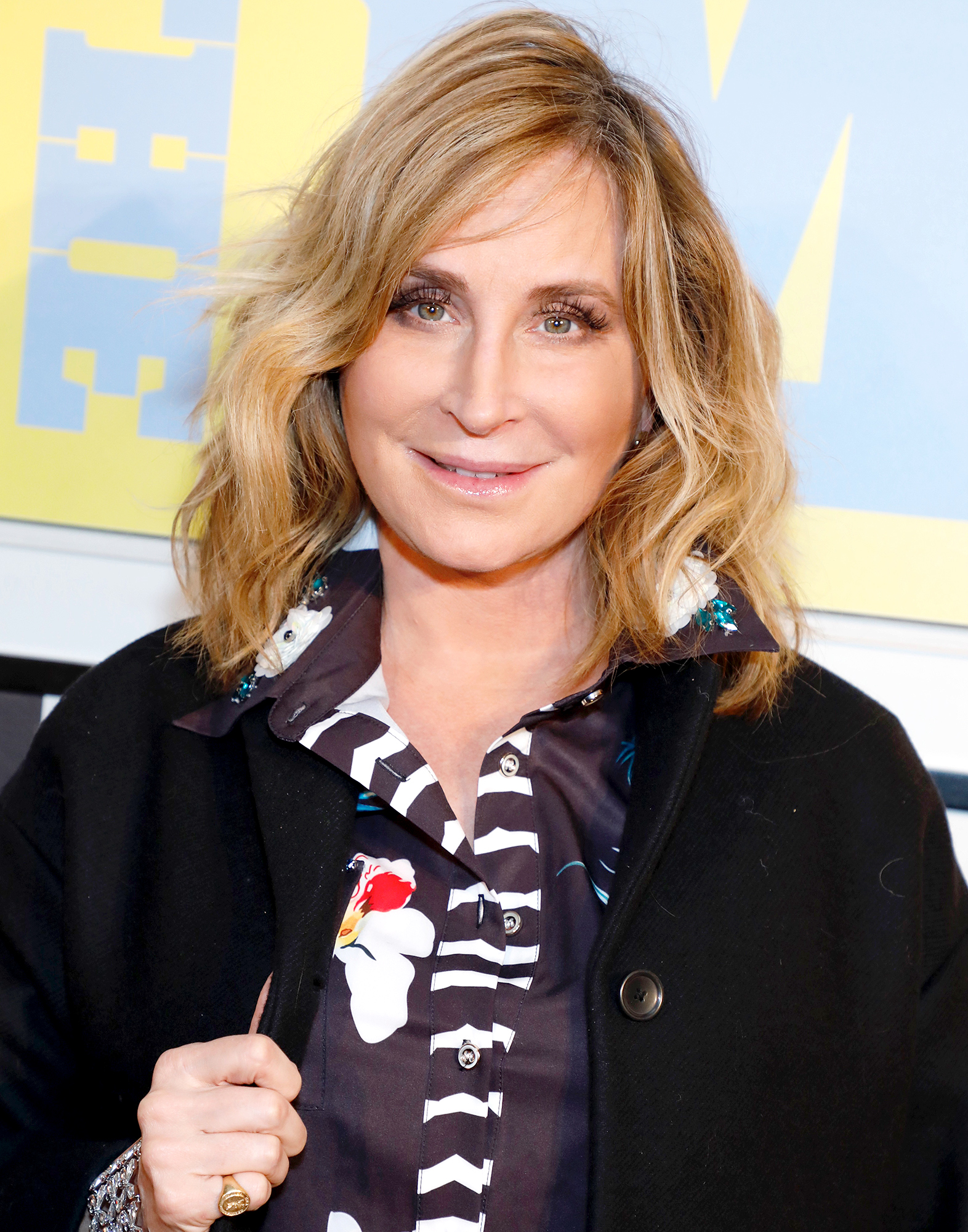 Jacono added: “Sonja has such beautiful facial structure, high cheek bones, beautiful jawline, and a long elegant neck. She has the perfect ‘scaffolding,’ if you will, so I can give her a gorgeous result. I am humbled that she chose me for her surgery.”

The Sonja in the City event planner has always been open about her experiences with plastic surgery.

“In this day and age, the surgery and getting things fixed is part of my self-care,” Morgan told Us Weekly exclusively in August 2019, referring to her use of Botox and other fillers.

The reality TV star, however, wasn’t a fan of liposuction. “Where I felt in this day and age I went too far is to do liposuction. I don’t think it’s in anymore,” she told Us. “You don’t really need to have that.”

The former model has since embraced her figure — curves and all.

“The other day, we filmed the reunion and I had on a tight dress from my collection. And you could see the whole outline of my belly button,” she recalls. “And I did a little walk for Bethenny [Frankel], and I was like, ‘I don’t care, I love it.’ The curves. This is who I am. This is the way I am right now.”