To pay or not to pay your live-in college student daughter for babysitting your younger sons, that is the question… at least for this reluctant Reddit dad.

Taking to the platform’s “Am I The A—hole” forum, the dad of three explains that his 20-year-old daughter, who is currently in college, lives in his house rent-free. He writes that his only expectations of her are that she help out with cooking and cleaning, and that she occasionally “watch over her younger brothers since I may be busy with work or when I need a break to hang out with my girlfriend.”

As to why he’s resorting to Reddit for advice, the dad shares that his daughter told him “she feels I’m putting too much of a workload on her back,” but he doesn’t understand how that could be the case. “She told me she’s okay with cooking and cleaning around the house, but having to watch over her siblings was annoying & stressful and that it’s taking away from her studies,” he writes.

He continued, “That pissed me off because I myself went to school while having to pay bills & take care of her as a baby alongside my ex-wife. I told her she was acting very privileged and that if I could do it, so could she. She didn’t like that very much and stormed off into her room.”

We wholeheartedly aren’t here for the dad’s bad take on why his daughter should have to watch her younger brothers without complaint. The key difference between him taking care of his kids while in college and her taking care of his kids while she’s in college is that they’re his kids. She didn’t sign up for being a parent and going to college at the same time, and it’s unfair for her dad to try to use his own experience as leverage against her.

Reddit dad continues to share that his daughter confided in his sister, who called him out on his BS. “She told me not to compare my situation to my daughter’s since apparently I put myself in the position I was in back then which I guess is a fair argument,” he writes, continuing, “But since she is living in my house rent free and I’m paying for her college, I feel that in of itself should count as an allowance. So I just wanted to ask whether I’m wrong for not wanting to pay her extra money to do basic chores.” 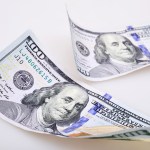 Redditors have mixed feelings about the situation, with one user commenting, “YTA ‘because I myself went to school while having to pay bills & take care of her as a baby alongside’ — that was your own baby and your own decision, same as now. Your daughter has no kids, it’s not her responsibility.”

Another person wrote, “I agree she shouldn’t get an allowance for doing chores, but she absolutely should get paid for watching children she didn’t choose to have – since they’re her siblings, not [her] children.” In response, one person specified, “I think if she’s asked to babysit once every few weeks, that is the equivalent of a chore. If it’s multiple times a week, that changes things.”

One Redditor commented, “Your kids are not her responsibility. She’s doing you a FAVOR by watching them so you can f*ck around with your girlfriend.” Another replied, “OP is also doing daughter a favour with the free housing, no board or anything. As long as it’s only like once or twice a month I don’t see the need for her to get paid when OP is letting her live there rent free. I’d happily take that over paying rent. If daughter wants to make it transactional, fine she gets paid to babysit, and in return pays rent.”

Another user hashed out the nitty-gritty details, writing, “I also feel like there’s a difference between her watching them when his work is running late vs for him to go on dates. Watching them while dad finishes work occasionally is pitching in to help the household. Watching them so dad can go on dates is babysitting.”

Delving into the nuances of their household dynamic even further, one Redditor mused, “I think it also depends somewhat on the circumstances and on the timing. If it’s ‘asked’ that she do it with no option to say no and without regard for her own schedule (midterms, big project, prior plans, whatever), that’s also a problem, particularly if it’s not for an urgent situation and simply OP saying ‘I need a break to hang out with my girlfriend.’”

They continued, “I’m a little concerned about the frequency and overall workload because OP elaborated on ‘I only ask her to do a few things around the house from time to time, like cooking and cleaning’ with ‘Typical things you’re expected to do on a daily basis anyways.’ The average college student is not cooking for or cleaning up after a household of at least four, at least two of whom are still young enough to need a babysitter, on a daily basis [edit: or near-daily or even weekly] — and yes, doing so would take time away from their studies.”

Emphasizing the unknown particularities even further, another user wrote, “It would also depend on what needs done, I think. Is this ‘Make sure they’re fed and don’t die while I’m out for a couple of hours’ or a full routine worth of feed, diaper, bathe, bedtime, activities etc.?”

One Redditor put it best, writing, “YTA for the comment comparing it to your experiences when you chose to have a child, as your sister explained. Yes, it’s very reasonable to expect her to do chores in return for living there rent-free, but if she’s not comfortable babysitting and it’s eating into her study time, you need to find a compromise or at least listen to her instead of being dismissive.”

Clearly this dad and daughter need to adjust their arrangement, and we hope Reddit’s collective advice helps them do so.