A sweet situation! Lauren Sorrentino gave birth on Wednesday, May 26, to her and Mike “The Situation” Sorrentino’s first child.

The Jersey Shore: Family Vacation stars announced in November 2020 that their rainbow baby was on the way, one year after their miscarriage.

“We have a baby Situation,” the Dancing With the Stars alum, 38, captioned his Instagram reveal at the time.

His wife, 36, added with a post of her own: “Our biggest blessing is on its way.”

The following month, the pair revealed the sex of their baby boy with the help of blue Christmas tree lights. “Gym Tan,” Mike wrote via Instagram in December 2020. “We’re having a boy!” 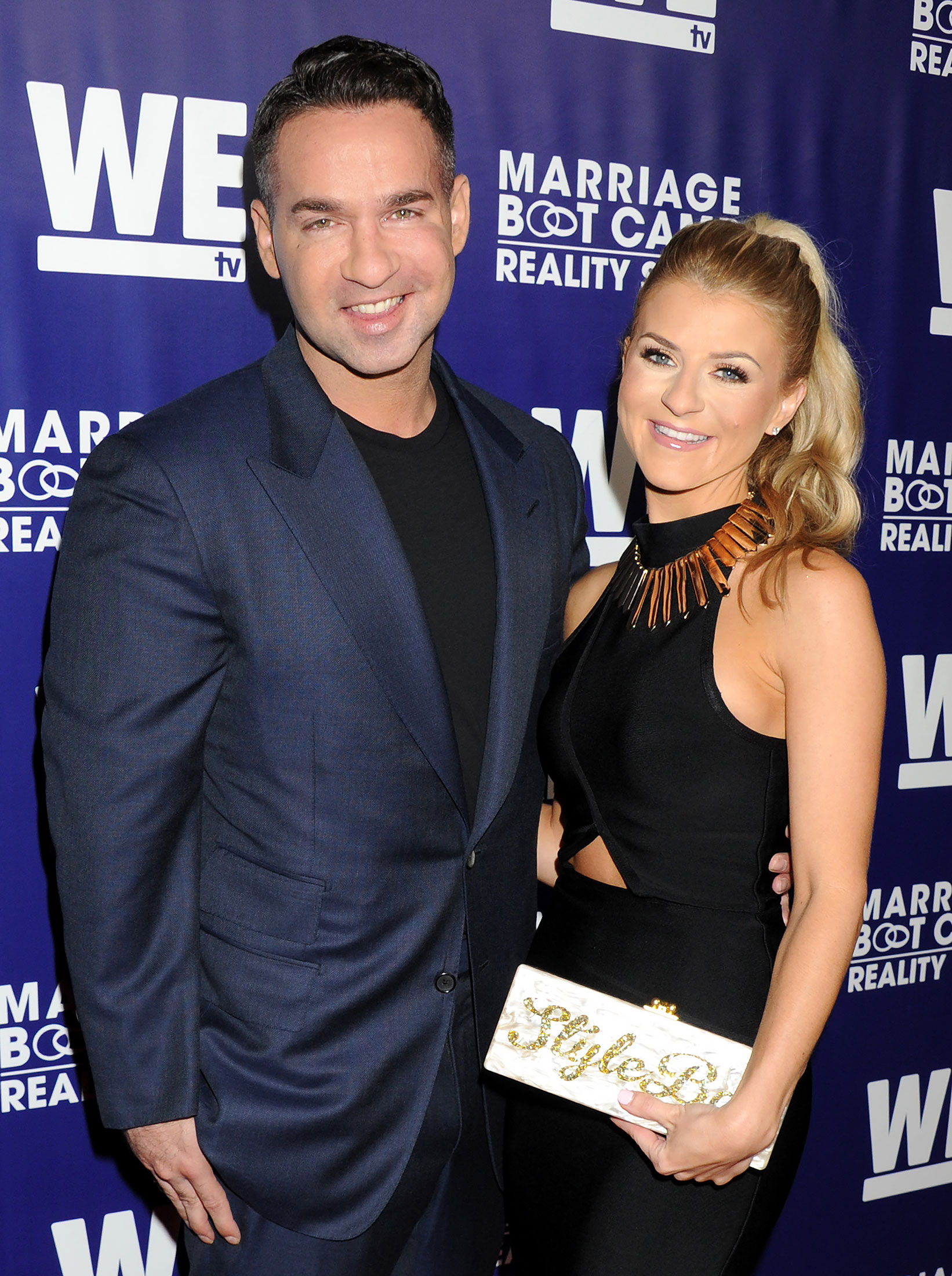 In November 2018, Mike exclusively told Us Weekly that he and the New Jersey native “would love a boy first.” He said, “We’ll see. We’re excited for little Situations!”

Lauren chimed in, “We like chaos and a busy, loud home. I think we would definitely want at least three, but we have none right now, so that’s pretty ambitious.”

Mike wasn’t surprised when they found out the sex last year. “I think I had that hunch that whole time,” the Celebrity Big Brother alum exclusively told Us in January. “I was in so much shock and just happy that everything was going well that I couldn’t even get past it to thinking what the sex was.”

The reality stars added at the time that they were already thinking about baby No. 2. “Everyone says, like, ‘Get the baby stage out of the way,’ so we might just keep going,” Lauren explained.

Her husband joked that he wanted the blogger to “calm down” and take their family plans “one step at a time.”

Get to Know the Next Generation of ‘Jersey Shore’ Kids

The MTV personalities started trying to have kids in September 2019 after the New York native was released from prison for tax fraud. “The night he came home, we actually conceived,” Lauren said during a November 2019 Good Morning America appearance. “And then at about six and half, seven weeks, I miscarried. It was heart-wrenching. When I found out we were pregnant, I felt like this is why we went through all these challenges for years and that this was our time and it was our blessing. … It was hard. It was really difficult. I wanted to share it for other people going through it and just be honest so I can kind of heal through the process.”

The following month, Mike exclusively told Us that they were “definitely trying” to conceive again.