Prince Harry‘s positive spirit seems to have returned following the death and mourning period of his grandmother, Queen Elizabeth II.

In an adorable video chat with this year’s winners of the WellChild Awards — awards that celebrate the resilience of kids who live with illness on a daily basis — Harry sweetly spoke to a child whose service dog, Hope, hopped into the video frame, which prompted the royal dog lover to cheekily recount his family dynamic thanks to his own pups.

“I’ve got three in this house now, so we basically have five children,” the prince joked. “I’ve got a black labrador called Pula, a rescue beagle called Guy, and we’ve got another rescue beagle called Mia. Between the three of them, they charge around chasing the squirrels every day, but they are also emotional support dogs 100% — when they’re behaving,” Harry funnily shared.

The father of two (humans) also chatted with a little boy who shares his formal name. The prince told the younger Henry, “My name is Henry as well, but everyone calls me Harry,” adding a chuckle-worthy “I have no idea why.”

Little Henry thoughtfully asked Prince Harry for an update on Prince Archie and Princess Lilibet, to which Harry shared, “Archie is very very busy, and Lili is learning to use her voice, which is great.”

The Duke of Sussex very sweetly and genuinely spoke to several families, apologizing to each for having to miss the official WellChild Awards ceremony due to the passing of Queen Elizabeth. He was very candid, thoughtful, and emotionally present in his conversations with each child and family, which was a heartwarming show of his personal investment in WellChild’s cause. 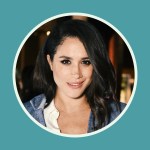 Forget your daily dose of cat videos — Prince Harry’s encouragement, advice, and admiration offered to the award recipients is just the boost of serotonin we needed today.