Can’t tear her down! Tori Roloff slammed a troll who called the pregnant Little People, Big World star fat and unhealthy on Instagram on Saturday, November 9. 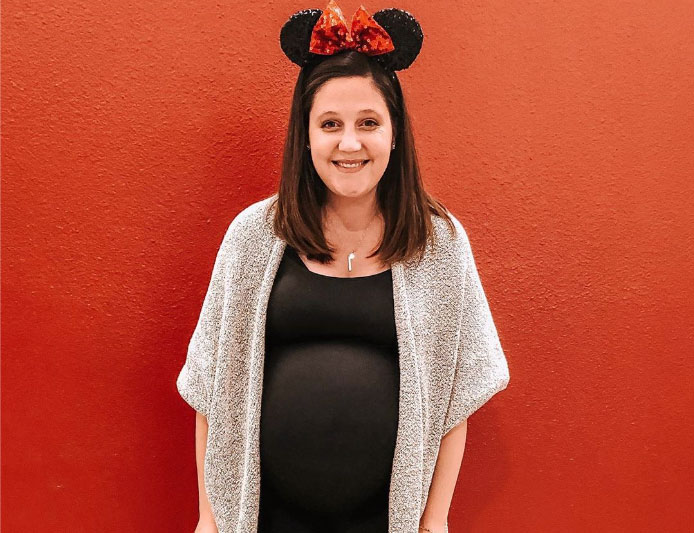 “Look at her, she’s son [sic] pretty and not so fat,” the critic continued. “You should try to eat and live like her, look at u, u look so bad, big face, mug everything. Try to take care of yourself please.”

“Try to be healthy for ur family, now ur gonna have 2 kids, give them a good example,” the person added. 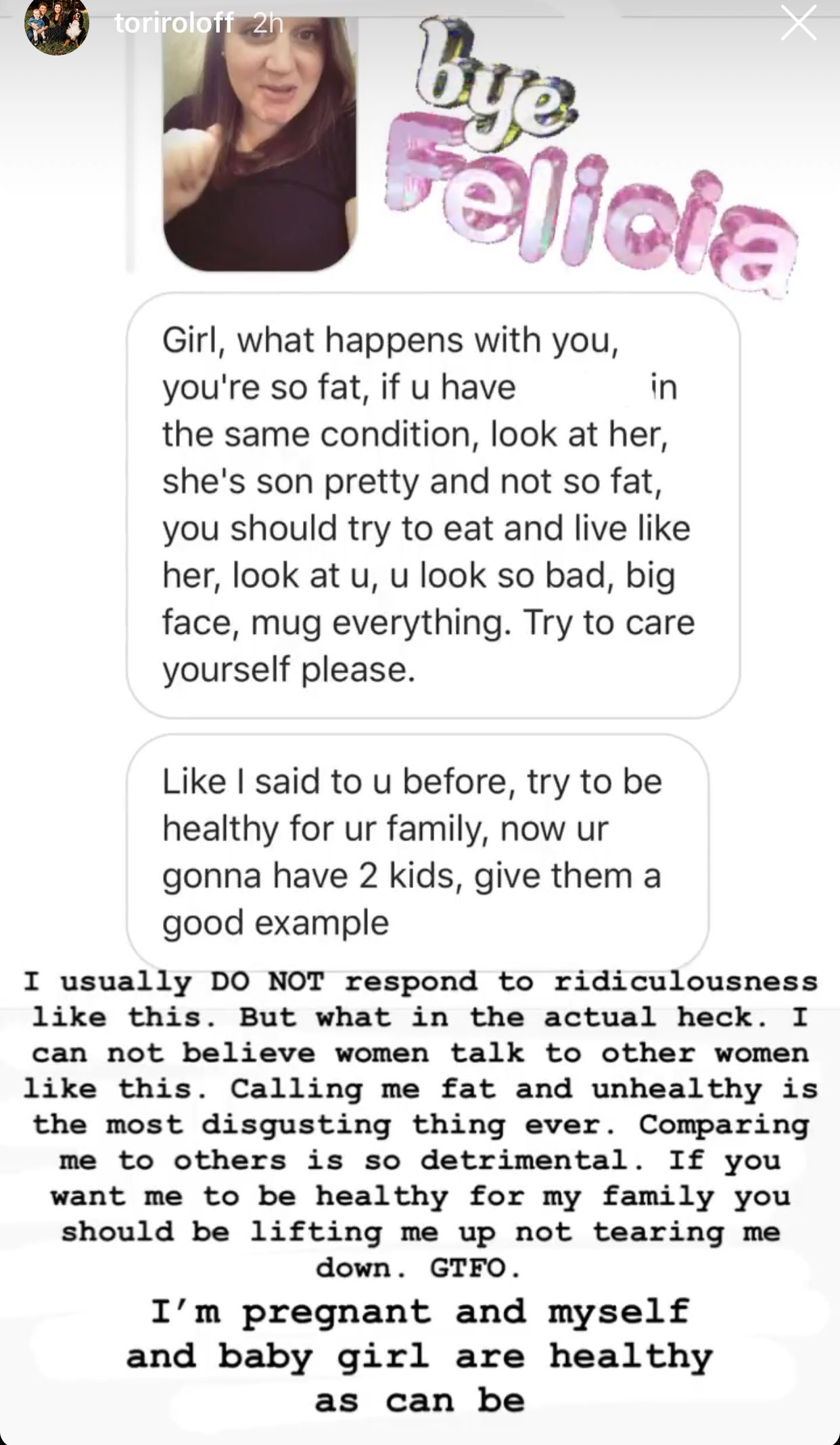 Roloff replied in a lengthy caption blasting the person for sending the message. “I usually do not respond to ridiculousness like this, but what in the actual heck,” she wrote. “I can not believe women talk to other women like this. Calling me fat and unhealthy is the most disgusting thing ever. Comparing me to others is so detrimental.”

She added, “If you want me to be healthy for my family you should be lifting me up not tearing me down. GTFO. I’m pregnant and myself and baby girl are healthy as can be.”

In a separate post, Roloff shared that she would continue treating her body the way she wants. “I’m only here to do me,” she penned. “And if that means eating a milkshake a day guess what? I’m here for it.” 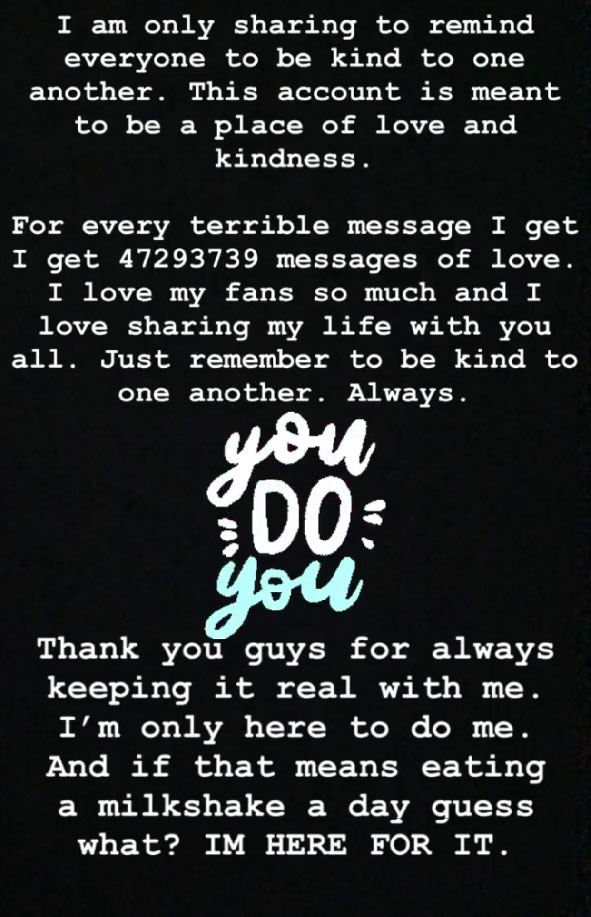 Roloff concluded, “It’s just disgusting. Like, come on, we have better things to do than that.”

Us Weekly broke the news in May that Roloff and her husband, Zach Roloff, were expecting their second child. They welcomed their son, Jackson, in May 2017.

“We are so excited to announce that Jackson is going to be a big brother!” the couple, who tied the knot in 2015, told Us at the time. “We can not wait to meet our sweet baby girl!”

Tori has been honest about how her second pregnancy has been difficult on her body and on her emotional well-being.

“This pregnancy has been a lot harder on me than the last,” Tori wrote in an Instagram post on July 6. “Don’t get me wrong-I’ve been so lucky… im not sick (anymore) and I haven’t had any complications (thank the lord). However I have had a harder time accepting my body this go around. I’ve gotten bigger a lot faster than I did with Jackson and I’ve become a lot more insecure.”

A few months later, she candidly described her frustration with her body’s changes in an Instagram post on September 30.

“The last few days have really been a struggle for me,” she captioned a photo from her maternity photo shoot. “This last stage of pregnancy has hit me hard. I get so frustrated not being able to do things on my own. I carried six towels up the stairs this morning to do some laundry and have been winded ever since. I’ve never been good at asking for help and these days that’s all I ever do.”