Big news! Katie Lowes announced that she is pregnant, expecting her second child with her husband, Adam Shapiro. 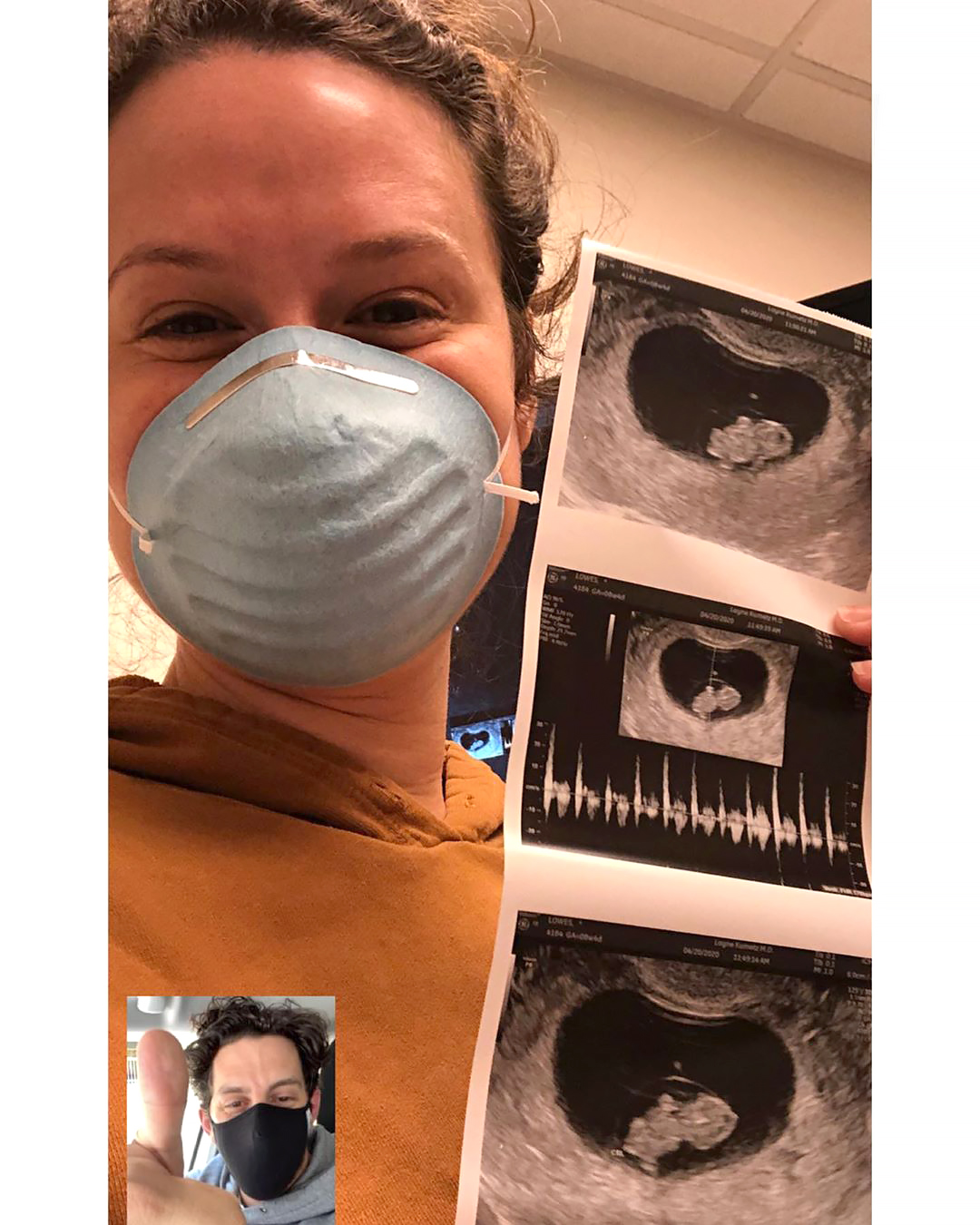 In the social media upload, the New York native wore a face mask and held up ultrasound photos while FaceTiming Shapiro over four different occasions. He gave his wife a thumbs-up each time.

Chelsea Handler commented that the couple, who wed in 2012, had been “busy” while quarantining amid the coronavirus pandemic, while Laverne Cox wrote, “Yay!!” 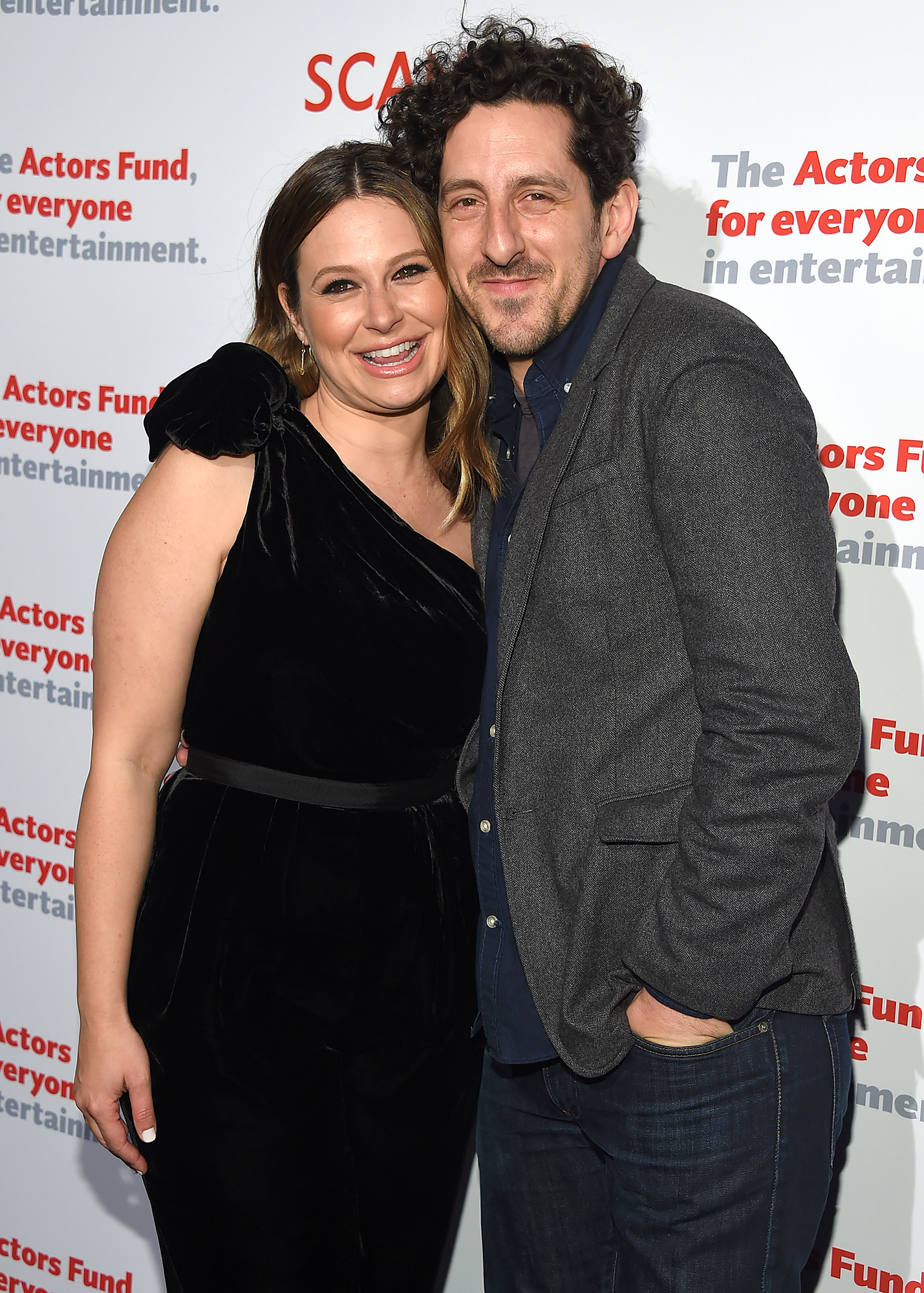 The pair announced in May 2017 that they were expecting their first child, and Albee, now 2, arrived five months later. “@shappyshaps and I are thrilled to welcome Albee Shapiro to our family,” the New York University graduate wrote via Instagram in October 2017, showing the infant’s bare feet. “We’re happy & healthy.”

The following year, the Scandal alum revealed she had previously suffered a miscarriage at three months pregnant ahead of conceiving Albee.

“I woke up and the baby was gone and for me — and I wasn’t in pain afterward — but the real pain was mental and it was sh—ty,” Lowes recalled during a May 2018 “Katie’s Crib” episode. “I think the initial feeling when I found out there was no heartbeat from the doctor in a routine checkup was, like, ‘OK, let’s Olivia Pope the situation. Let’s fix it. Let’s make this schedule. Let’s get to the hospital. Let’s get the dilation and curettage. Let’s get that done. When can I start trying again?’”

The Grey’s Anatomy alum added at the time: “As soon as it set in that I’d had a miscarriage, what happens is you have a major hormonal drop-off. And I think I was massively sad for about three months, and I was only pregnant for three months. … It is weird how women are f—king resilient as f—k, guys.”

Lowes wrote via Instagram that she hoped sharing her story helped other women “heal.”