Emma Stone is settling happily into her latest role: new mom. The actor gave birth to her first child, a daughter whom she shares with her writer-director husband Dave McCary, in March, and apparently, she’s over the moon about motherhood. 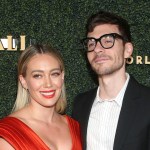 The couple, who got engaged in 2019 and tied the knot in 2020 have maintained a fairly low-key and private life, avoiding the spotlight. Unlike most celebs, Stone doesn’t maintain any sort of social media presence and prefers to keep her private life private. According to People magazine, a source close to the couple said, “Emma is close to her family and good friends but not the type to flaunt her personal life. Dave respects that about her and is the same way. They have a great life together and support each other.”

So, no surprise, Stone’s pregnancy and the news of her baby girl’s birth, which she still hasn’t publicly acknowledged, were pretty under the radar. Stone announced her pregnancy — kind of — when she was promoting her film The Croods: A New Age on Entertainment Tonight back in November. “I feel pretty good about starting my own pack,” the actor said.

Two months later, a spokesperson made the official announcement, and then a short two months after that, Stone gave birth to a healthy baby daughter.

“Emma and Dave have a strong and respectful marriage. A baby will add a new dimension of bliss for both of them,” People‘s source said.

A source told E! News that the new family is relaxing at home, enjoying themselves and their new addition. “Being pregnant and experiencing motherhood has been an incredible experience that she has loved,” the source revealed. “She couldn’t wait to meet the baby and it has been everything and more. They are thoroughly enjoying down time at home and just being with the baby. They are adjusting well to being a family of three.”

We’re wishing the new parents well as they embrace the beautiful change of being a family of three — and as much as we respect a celeb’s right to keep their kids out of the spotlight, we do hope we’ll get some more baby details from Stone herself soon.