In an interview with CBS’ Gayle King, former first lady Michelle Obama revealed that she fears for the safety of her two daughters every time they get into the car to drive alone. 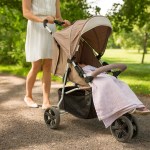 Obama told King that although Malia, 22, and Sasha, 19, are good students who rarely get into trouble, the simple act of playing music too loudly could potentially have dangerous consequences for them because they are Black.

“They’re driving, but every time they get into the car, I worry about what assumption is being made by somebody who doesn’t know everything about them,” she said. “Like so many Black parents, the innocent act of getting a license puts fear in our hearts.”

The Becoming author added that although she and the former president were relieved at the April 20 conviction of Derek Chauvin for the murder of George Floyd, there is still more work to be done around racial justice in America so the country can begin to heal. Obama stressed the importance of the Black Lives Matter movement as a vehicle to help bring global attention to the issue.

“They’re taking to the streets because they have to,” she said.

Obama has always been open about her own experiences with racism. In an August 2020 episode of her podcast, Mrs. Obama shared an experience of racism she dealt with during her time in the White House while taking her daughters out for ice cream.

“There was a line, and once again, when I’m just a Black woman, I notice that white people don’t even see me. They’re not even looking at me. So I’m standing there with two little Black girls, another Black female adult, they’re in soccer uniforms, and a white woman cuts right in front of us to order. Like she didn’t even see us,” she said.

Obama’s full interview with King will air on Monday, May 10.

These famous parents are showing others the importance of teaching their children about racism.