“It takes a village to raise a child” has unfortunately become an adage of the past in a society that has become and continues to evolve toward that of isolation and the individual before the whole, and two world leaders are lamenting the effects of this evolution on child-rearing, motherhood, and community.

In her latest episode of Archetypes, Meghan Markle sat down with Sophie Trudeau — activist, mom of three, and wife of Canadian Prime Minister Justin Trudeau — to discuss this societal evolution and dissect the feelings of loneliness, anxiety, and depression moms often face in today’s world.

Markle brought up one of the many challenges working mothers struggle with, saying, “So much of the work that I’ve been doing is, you know, to be able to have support for family leave, paid leave in this country and across the world. Can you imagine having a baby and then having to make a choice of ‘Oh, I can stay home with my child — but if I do, then I won’t have a job anymore.’ It doesn’t make any sense!”

She continued, “And then the ripple effect of how many more societal issues we have if we haven’t given the foundational support to a family, and I think [it] doesn’t just come with what the government and the country can provide, but what we, as you say, as a sisterhood, as a community — beyond just sisterhood, beyond just women — what we as people can provide.”

Markle hammered home her point with that old adage that has lost relevance in today’s world, saying, “They used to say ‘It takes a village to raise a child’ — we no longer have villages, really.” She continued, “That sense of community has changed in so many regards, but it doesn’t mean that that energy and that sentiment can’t still be there.”

Trudeau related to Markle’s pining for the bygone community system, saying, “I think the expression is, if I’m not mistaken, Ubuntu: ‘I am because you are and you are because I am,’ right? It resonates, like, in my blood. That’s exactly how the world is: an intricate, interwoven system where everyone and everything is intertwined.” 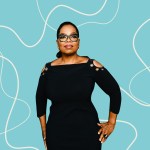 Markle lamented, “This speaks to my heart so much and it makes so much sense. But how, then, did we come to find ourselves in a world in which so many women feel so alone when it comes to matters of the home?”

The Archetypes host and author Angela Garbus discussed how the rise of capitalism created a significant shift in societal roles and the daily way of life, when “people went out working for an individual wage, working for an employer, and trying to build individual wealth.”

Garbus explained, “We really started to see these expectations come down on women… Women were really confined to the domestic sphere, and we’ve just continued with that idea and the idea that the home is not a workplace.”

Markle mourned the societal shift further, saying, “This idea that work at home is not ‘real’ work, that’s hurting all of us. In the US, we don’t have federally guaranteed paid parental leave, and that speaks directly to what we value in a society — and also what we undervalue as a society.”

She mused, “But if we didn’t devalue the work of care and work in the home… Maybe it would be easier for women and people to step outside of the societal molds that have been cast for them and step more fully, more comfortably, into their truthful roles — the roles that they feel comfortable in, whatever they may be.”

Just as society has shifted before, we hope and yearn for the day when the tides will turn back in the other direction. Being a mother is hard enough in itself — no one should have to face the burdens, or even the joys, alone.

Even the world’s most successful moms face postpartum depression — you’re not alone.