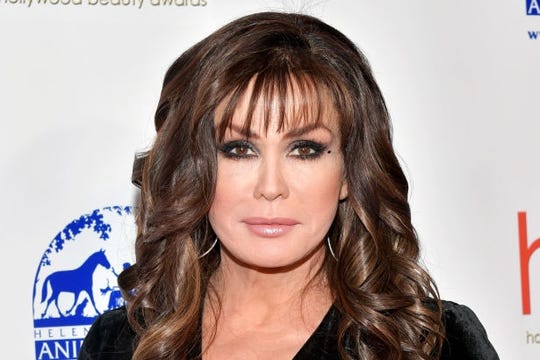 Eight children. Eight grandchildren. A new gig – bruised knees and all – as the newest co-host of CBS daytime’s “The Talk” all while performing her soon-to-end Las Vegas residency show with brother Donny.

No matter how full or busy her life, the entertainer shared she will never be able to outpace the grief of losing her 18-year-old son Michael to suicide. Osmond shared in an interview on “CBS Sunday Morning” that grieving never ends.

“You know, I don’t think you’re ever through it,” Osmond said. “I think God gives you respites. And then all of the sudden it will hit you like the day it did. The ripple effect is so huge, what you leave behind.”

Michael committed suicide in February 2010 when he jumped from a balcony of his eighth-floor Los Angeles apartment. Michael was one of five children she and her second husband, Brian Blosil, adopted.