Weddings are beautiful expressions of love between two people, but they’re also about making hard decisions, including who to invite — distant family members? Co-workers? Friendly exes? And what happens if you tell guests that your wedding is adults-only? One groom found out the hard way when his brother and sister-in-law crashed his child-free ceremony with four kids in tow, sparking a family argument. Now, the newlywed wonders if his “no kids allowed” rule was too harsh, in a recent post on Reddit‘s AITA forum. 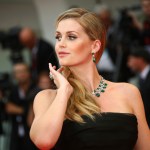 Let’s start at the beginning: According to the original poster (OP), he and his new wife planned to have a child-free wedding to not only save money but to “keep the order.” As he explained, “[My brother] married young and has 4 kids that he takes everywhere he and his wife go” adding, “The kids are grade A, hyperactive to say the least.” When the OP’s brother read the rule, which was printed on the invitations, he balked but did agree to leave his children at home.

Fast forward to the big day and the OP’s brother and wife arrived at the ceremony just before it began — with their four kiddos. Unsurprisingly, the OP was angry to see the children present.

“I greeted the kids and asked my SIL [sister-in-law] to take them back to the car,” wrote the OP. An argument ensued, with the brother admitting that “he was planning on bringing the kids all along and figured that by initially agreeing to my rule, then showing up with the kids anyway, would get me to agree on letting them stay.”

Standing his ground, the OP stated that the wedding was “no event for kids for many reasons and that everyone respected the rule except him,” to which the brother replied: “Wherever I go, my kids follow, period.”

The OP then told his brother to leave the wedding, which led to a war of words: The brother called the OP a “lunatic,” a “terrible brother and a terrible uncle,” and pointed out all the guests that didn’t “need” to be there, a scene that humiliated the soon-to-be married couple. The groom’s family begged him to allow his brother and children to stay, but he refused, and now everyone is upset. The ordeal has left the OP wondering if he has done permanent damage to his relationship with his brother.

Commenters on the post passionately defended the OP for telling his brother and family to leave.

“You won’t forget that day ever,” one pointed out. “It was the day your brother decided his wants were more important than your specific requests on your wedding day. Your brother explicitly told you his plan was to blatantly ignore your request to try and force you to just accept it…”

Another commenter wrote that the brother wasn’t being reasonable: “How was he expecting a reception without any chairs or food for 4 children to go? Were he and his wife going to have them on their laps and share 2 plates between 6? Like apart from … trying to steamroller over someone else’s wedding, how was this going to work practically?”

“I’m sure plenty of people wanted to bring their kids and begrudgingly accepted they couldn’t,” added a reader. “If this guy’s kids showed up they probably would’ve been like, well WTF? Or the other side of the coin, parents who were actually excited to have a day free of kids…would’ve been annoyed too. It’s just so inconsiderate, and what he did was so manipulative.”

Although the brother was disappointed and found the “no-children” rule inconvenient, the smarter choice would have been to honor the bride and groom’s wishes — their wedding, their choice. As one commenter pointed out, “He owes you and your wife an apology. Next time you and DW are invited to your parents’ or brother’s home, bring several unannounced guests with you. Modeling behavior back can be a real eye-opener for the offender.”