“Kissing babies is a risky game,” the Bachelor alum’s husband, Sean Lowe, wrote via Instagram. The little one was all smiles in the candid shot, while Giudici cringed with barf all over her lips and chin.

The couple, who also share sons Samuel, 3, and Isaiah, 2, welcomed their baby girl in December 2019. 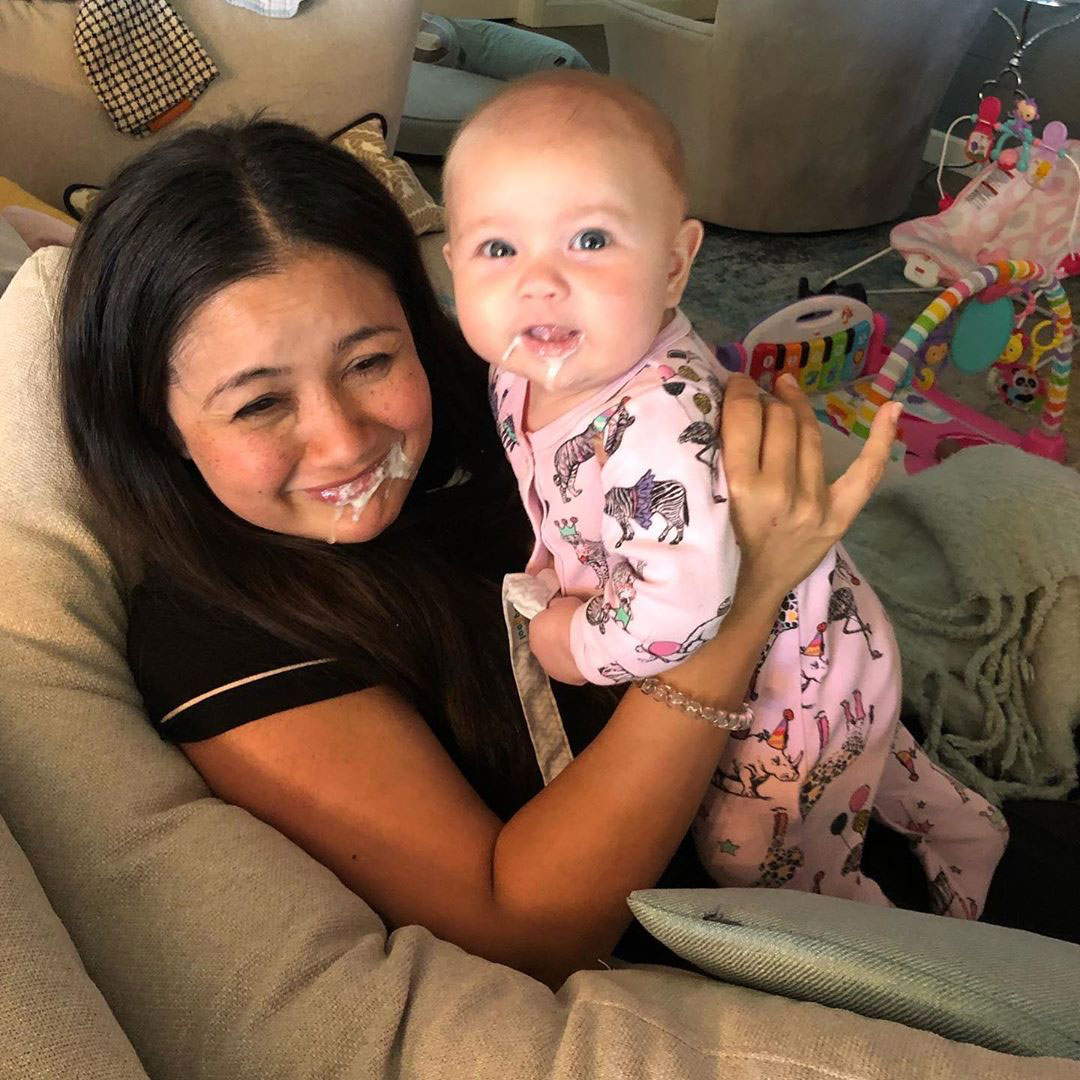 “I’ve always wanted a daddy’s girl and now I’ve got her,” the Bachelorette alum, 36, captioned his infant’s Instagram debut at the time. “Mia is healthy, Mama is doing great, and God is so good!”

The following month, Giudici shared the inspiration behind their daughter’s middle name. “Mejia is my mom’s maiden name and my sisters and I share Mejia as our middle name too,” the Washington native wrote on her Instagram Story.

Welcoming their third baby was “somewhat routine,” Giudici told Us Weekly exclusively in January. She explained, “Literally, I’ve been perpetually pregnant or breast-feeding for the past four years of my life. Knowing what to expect in that newborn phase has been nice because you’re not worried in the middle of the night if they’re alive, you’re not stressing about the fact that you don’t sleep. You just anticipate what is going to happen, and it makes it a lot easier.” 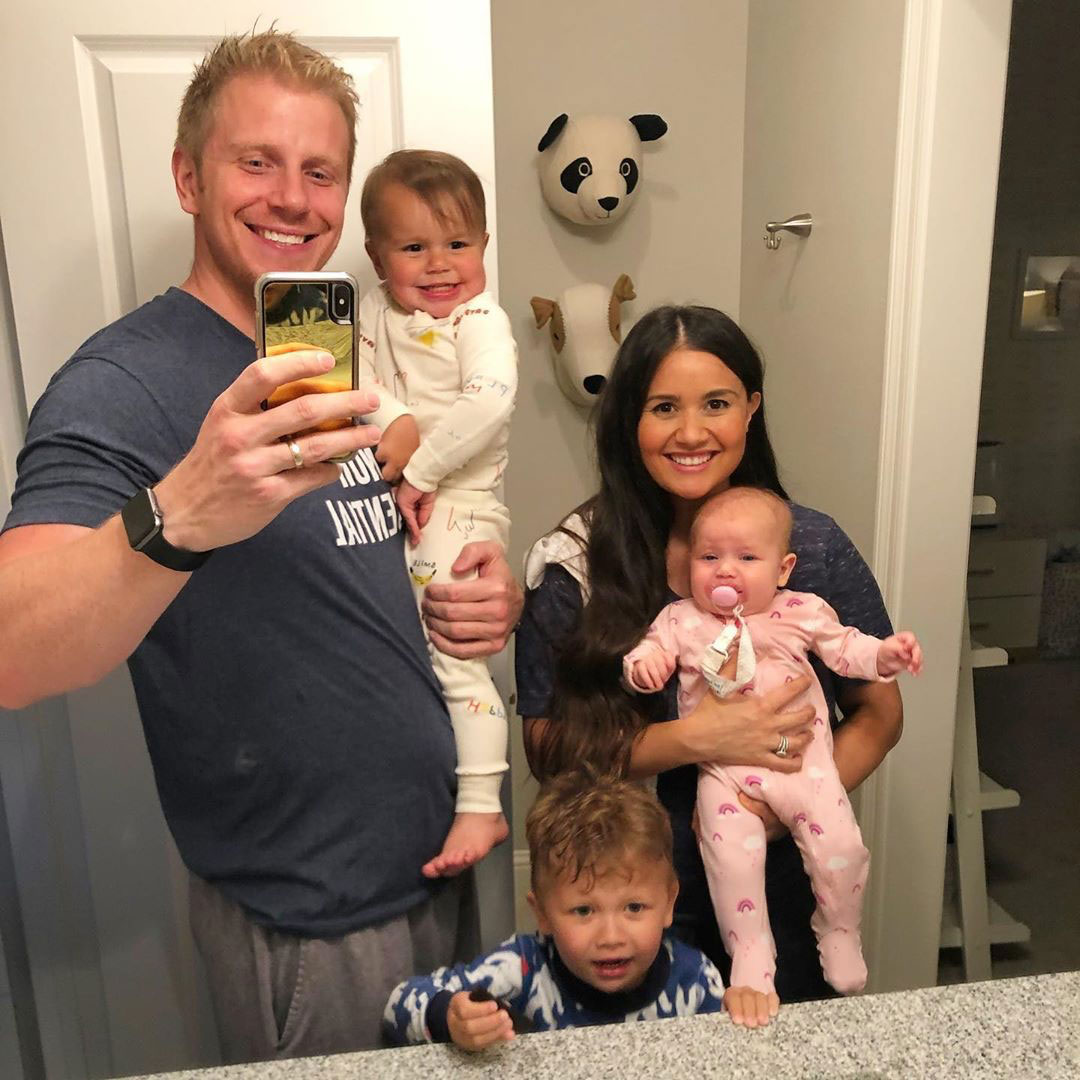 The Bachelor Nation members found out that they were expecting Mia “sooner than planned,” Lowe revealed to Us exclusively in July 2019.

“We were always planning on having three kids,” the Texas native said at the time. “The idea of raising three kids under three and a half years old, that’s a little daunting if I’m being honest!”

Lowe and Giudici tied the knot in January 2014 in California after meeting and falling in love on season 17 of The Bachelor.