As a generation of Michelles, Melissas, Rhiannons and Carolines can tell you, contemporary music is a powerful influence when it comes to naming babies. Having a child named after a song provides a touchstone to that time and place when that piece of music touched you. As we watch the Grammy Awards handed out this year, it’s not only a good chance for some of us to see our favorite stars and catch up on the great artists we hadn’t necessarily noticed all year. It’s also an opportunity to pick up some new baby name inspirations.

With the exception of Lizzo’s “Jerome,” there weren’t a lot of songs featuring names nominated for Grammys this year. But as we sifted through the nominees, we found many singers whose names might wind up trending on upcoming baby name lists. Billie Eilish, for instance, is already becoming a popular prospective baby name.

“Billie Eilish is doing for the name what Billie Holiday didn’t, and Ariana has really catapulted that name to stardom,” Nameberry cofounder Pamela Redmond Satran told SheKnows. “Also Zayn Malik (both names) has been huge in recent years.”

There are some traditional names in this group — like Gary (Clark Jr.) and Maggie (Rogers) — that could make comebacks in the next generation. We also highlighted some unusual names too, like Tank and the Bangas singer Tarriona Ball.

If the current crop aren’t to your liking, Satran says that some parents turn to music legends for their name inspiration.

“We are seeing lots of musicians’ last names taking off: Lennon, Bowie, Presley,” she said. “It’s a creative way of honoring a creative hero and definitely defines your taste via your child’s name.”

At the very least, we hope this slideshow can help you update your Spotify playlist! 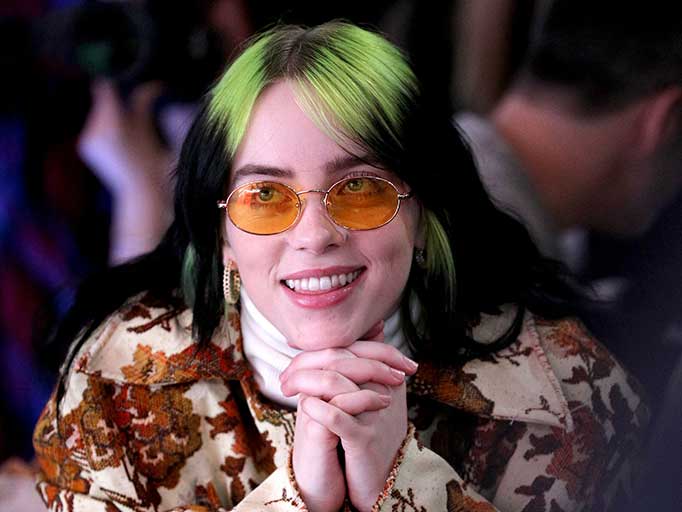 The continued popularity of singer Billie Eilish may be the main reason Billie is one of the trending names Nameberry is predicting will be in the top 10 of girls names for 2020. Will the chances of that happening go up if she takes home some one or all of the six Grammys for which she’s nominated?

A variation of William, Billie means “determination” or “strength.” 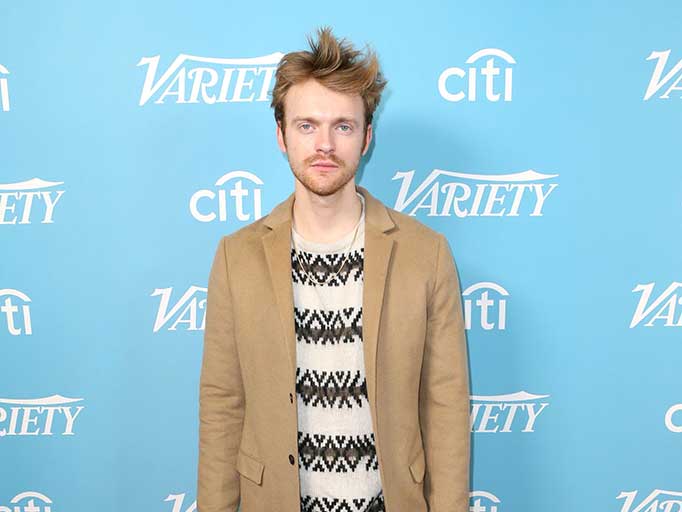 Eilish’s brother and producer, Finneas O’Connell, likes his name so much, he often styles it in all caps and omits his last name professionally. The Grammy nominee spells his name in the trendier way than the alternatives, Phineas or Phinnaeus (like Julia Roberts’ son). The name, of Hebrew origin, means “oracle.” 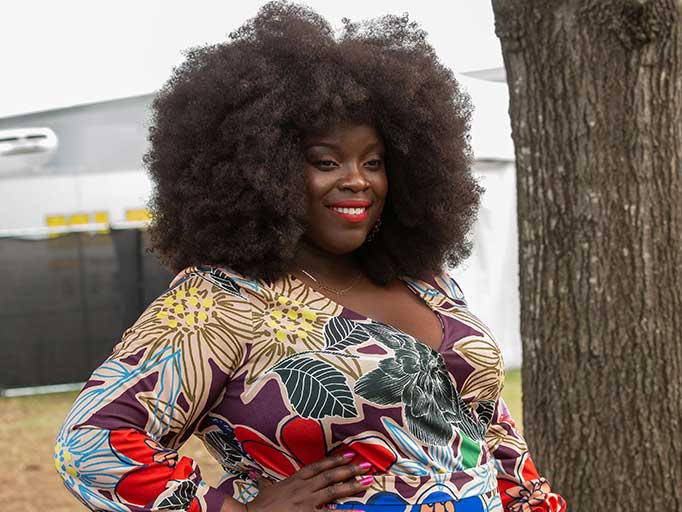 Yolanda is a pretty rare girls’ name of late, but maybe that’s because we’ve collectively forgotten that it means “violet flower.” The English-born, country influenced singer Yola (a.k.a. Yolanda Carter) brings as fresh a take on her name as she does on the American music she’s embraced (and for which she’s got three Grammy nods). 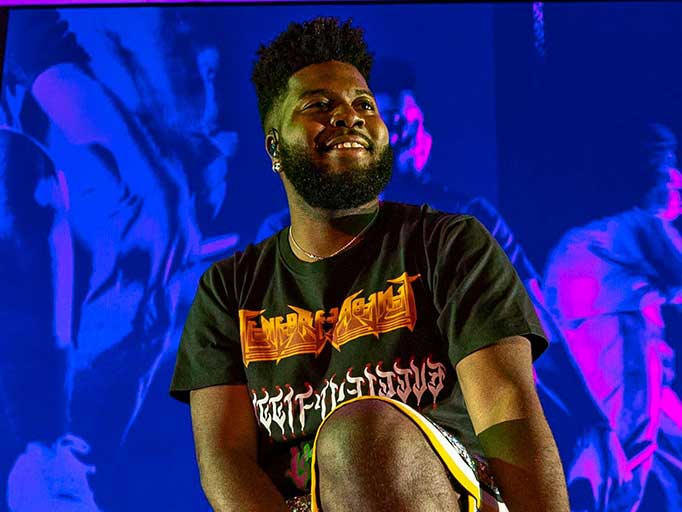 No, singer Khalid (nominated for Record of the Year for his song “Talk”) and DJ Khaled (nominated for Best Rap/Sung Performance for “Higher”) are not the same person. But their names are variations of each other, as you may have guessed. The Arabic name means “eternal.”

Tarriona (But Maybe Not Tank) 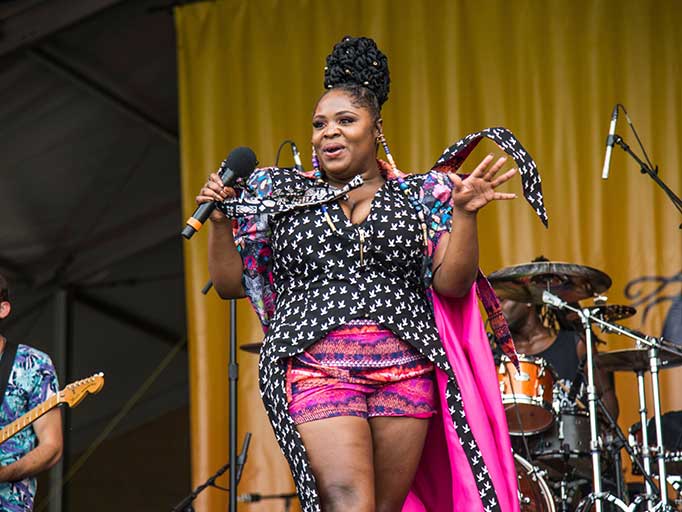 When looking up the meaning and origin of the name Tarriona, we could only find articles praising New Orleans poet and singer Tarriona “Tank” Ball and her band, nominated for Best New Artist at the Grammys this year. If you have any insight into the name, please let us know in the comments. Meanwhile, we suggest leaving “Tank” as a name of choice, rather than a given one. 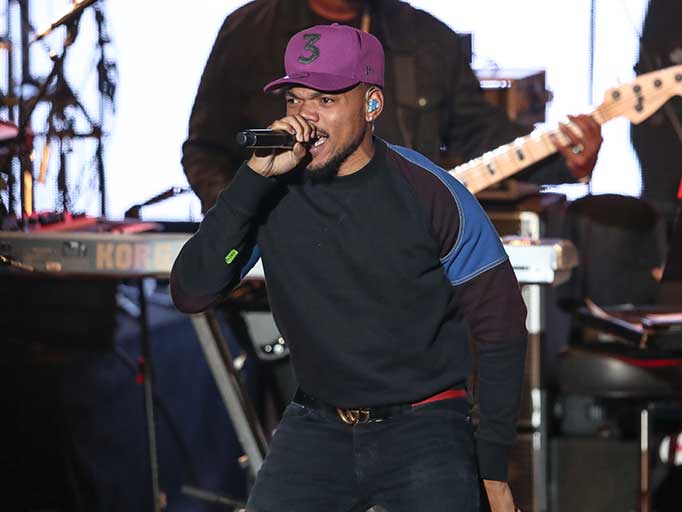 Chance the Rapper (nominated for “Bad Idea” this year) was born Chancelor Bennett. If you’re not interested in naming your kid after a government official, you could stick with his chosen name, Chance. That’s actually a name of French origin, meaning “good luck.” 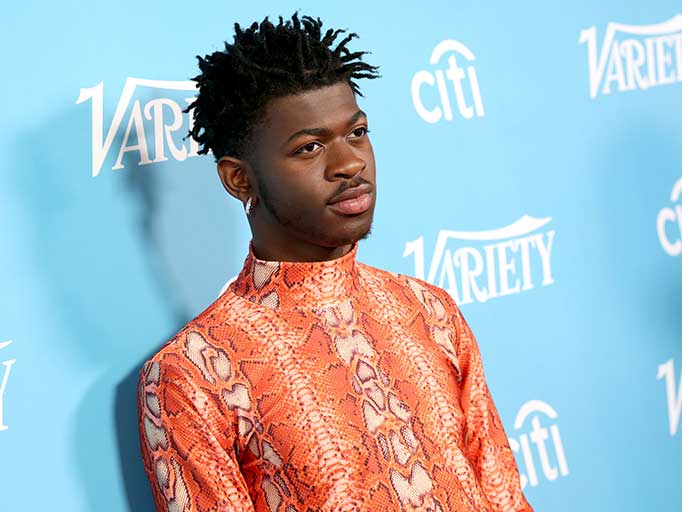 “Old Town Road” rapper Lil Nas X, who has six nominations this year, was born Montero Lamar Hill, which is a bit of poetry on the part of his parents, since Montero means “hill” in Spanish. He chose Lil Nas X as an homage to Queens rapper Nas. That, in turn, is a shortened version of Nasir, a Muslim name meaning “supporter” or “protector.” 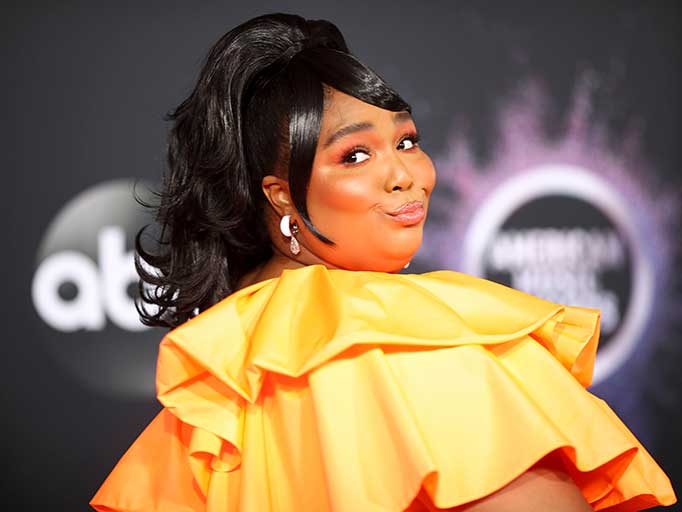 Lizzo isn’t just the stage name of the “Truth Hurts” singer, who’s got eight nominations this year. She told the Chicago Tribune in 2017 that it’s a nickname people gave her back in 7th grade. “Back in school, they’d call me ‘Mellisso’ or ‘Lizzo.’ Everybody where I grew up in Houston would chop off half the name and put an ‘o’ at the end.” Viviane (or Vivian, Vivianne or Vivienne), derived from Latin for “life,” would be a lovely, subtle nod to the singer. 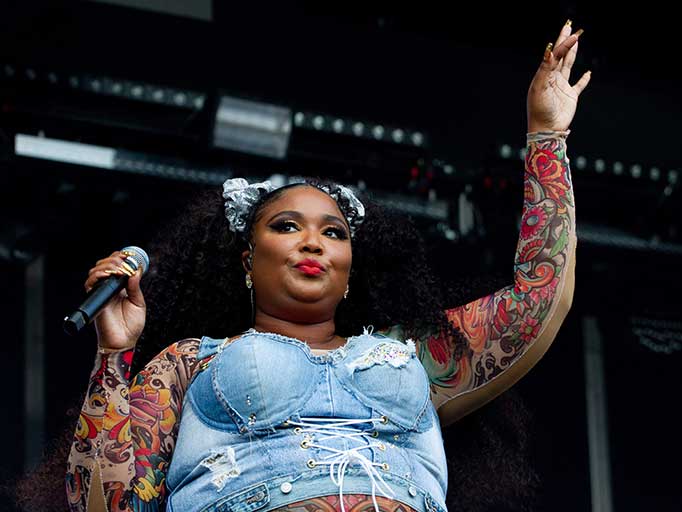 Admittedly, the subject of this Lizzo song, nominated for Best Traditional R&B Performance, doesn’t sound like the best catch. And yet, who wouldn’t want their name to be growled like this? The Greek name Jerome actually means “holy name.” 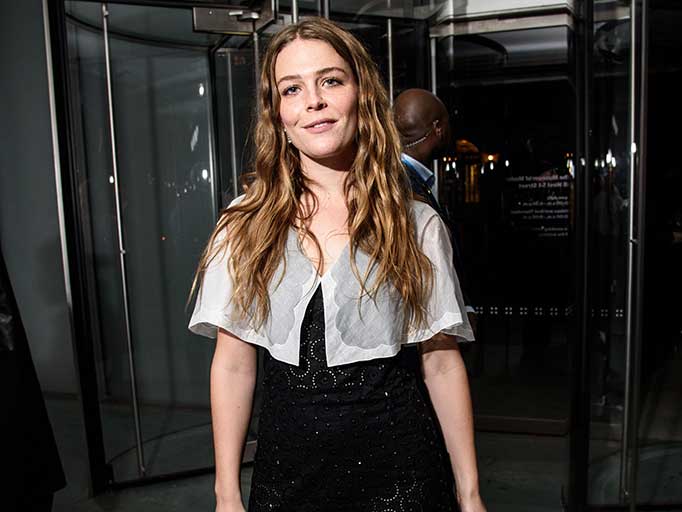 For traditional name inspiration, you can turn to another Best New Artist nominee, Maggie Rogers. Like the “Alaska” singer, most Maggies are actually named Margaret — an English name derived from the Old Persian word for “pearl.” You could skip the long version and just name your girl Maggie, or go for Magdalena to have more of an Ancient Greek and Biblical influence. 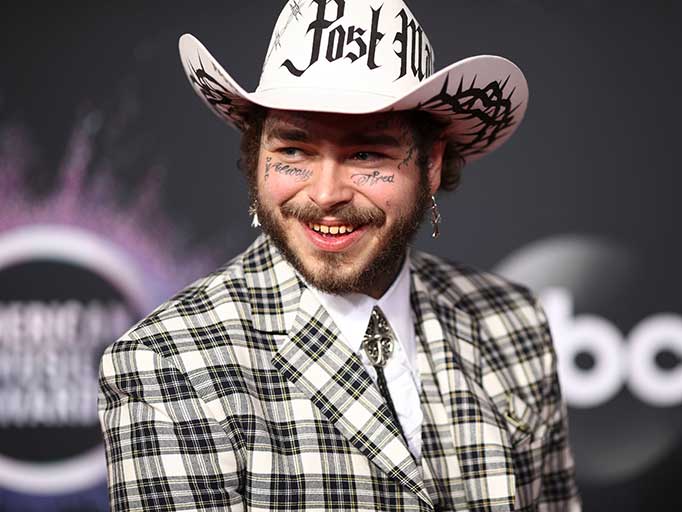 Post Malone, nominated for “Sunflower” this year, used a rap name generator as a teenager to come up with his memorable moniker. Malone is actually an Irish surname name that means “servant of Saint John.”  The singer was born Austin Post, and his first name (one of the top 10 if the ‘90s) means “great, magnificent.” 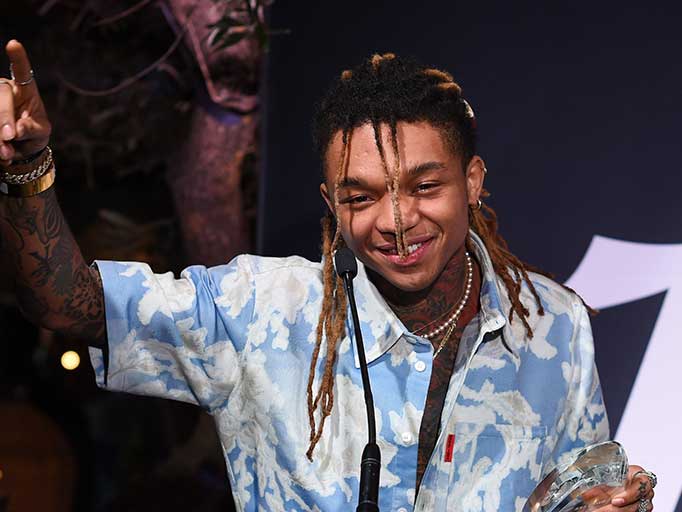 Swae Lee, the Rae Sremmurd rapper nominated for his collaboration on “Sunflower,” said in an interview that he named himself Swae “because I have ‘swae,’ which is undeniable style.” We can’t argue with that. His birth name, Khalif, is a variation of Caliph, who was Mohammed’s successor as the leader of Islam. 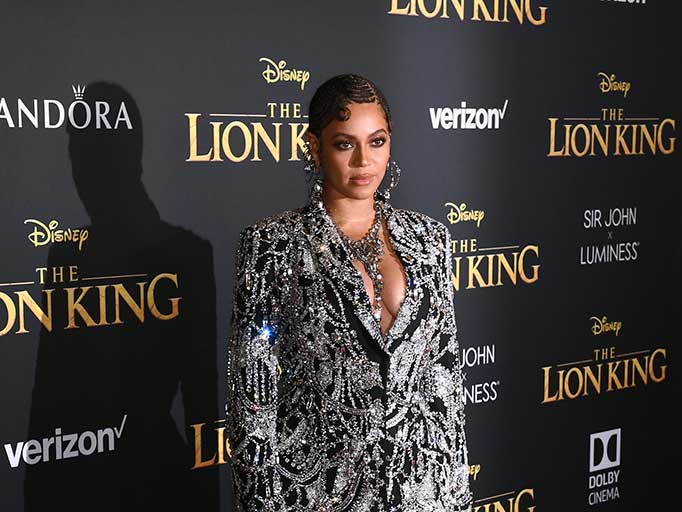 In the ‘60s, these names would have been all over the commune. Today, they’re the name of Grammy nominated songs by Post Malone and Swae Lee (“Sunflower”), Beyoncé (“Spirit”) and Vampire Weekend (“Harmony Hall”). Is it time for a new generation of flower child names? 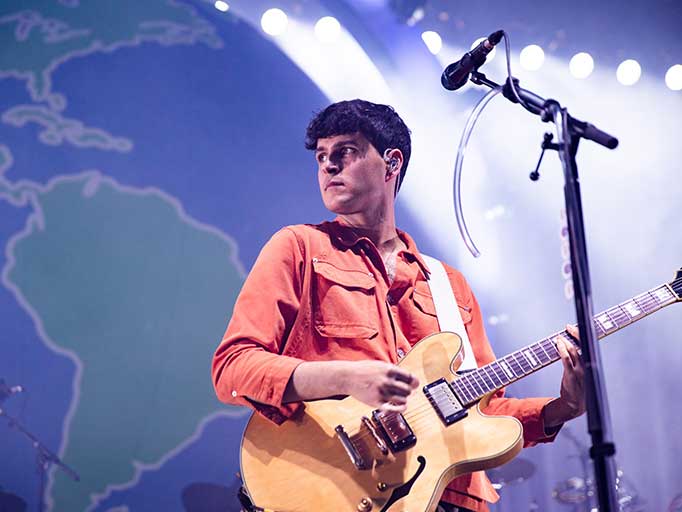 Was the steady rise in babies named Ezra over the past decade due in part to a bunch of Millennial moms who happened to be fans of Vampire Weekend’s Ezra Koenig? Now that the band has returned with Father of the Bride, nominated for Album of the Year and Best Alternative Music Album, the Hebrew name (meaning: “help”) might keep going strong. 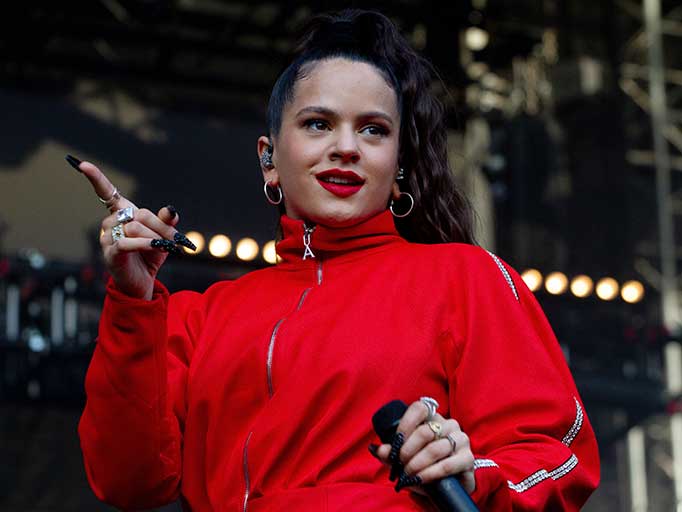 Spanish-born singer Rosalía, nominated for Best New Artist and for best Latin Rock, Urban or Alternative Album for El Mal Querer, has a name that sounds like a song on its own — maybe that’s why she doesn’t use her last name. Rosalia is a name used in Spanish, Italian and Portuguese, and it refers to the Ancient Roman festival of roses. 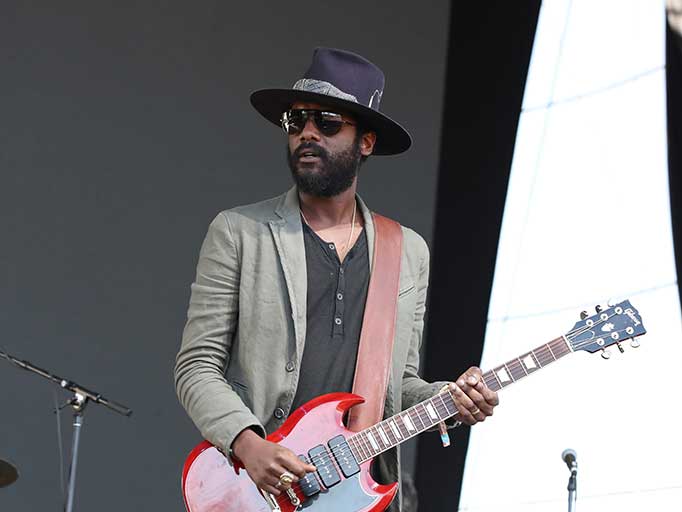 While we can’t say we’ve met a lot of babies with these old-fashioned English names, the time could be right for them to make a comeback. That’s especially true if fans of Scottish singer Lewis Capaldi (nominated for “Someone You Loved”) and Gary Clark Jr. (nominated four times for “This Land”) are naming some kids this year. Lewis means “famous in war,” while Gary means “spear.” 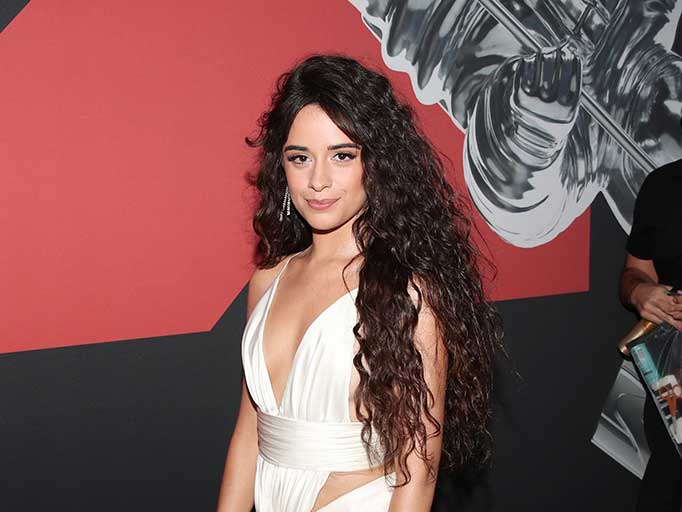 Camila Cabello, Ariana Grande and Cardi B haven’t left our radios, streaming devices or screens in years, but we’re still waiting for a Cardi (or Bacardi) baby boom. Camila (“free-born; noble”)  has been trending high, reaching number 18 for baby names in 2018, and Ariana (“holy one”) has been hovering in the top 100 for the past decade. 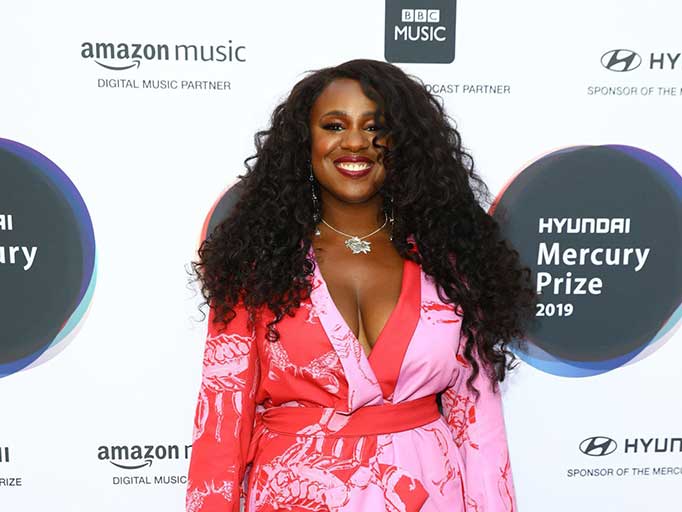 London-born singer NAO is nominated for Best Urban Contemporary Album for Saturn, she’s got not one but two interesting names. She pronounces her stage name NAY-oh, but if you choose to say NAH-o, you’ll be using a unisex Japanese name (it can mean “precious,” “beautiful,” “calm” or a few other things, depending on how it’s written in kangi). Her real name, Neo (“new”), is pretty appropriate for a neo-soul singer. How did her parents know? 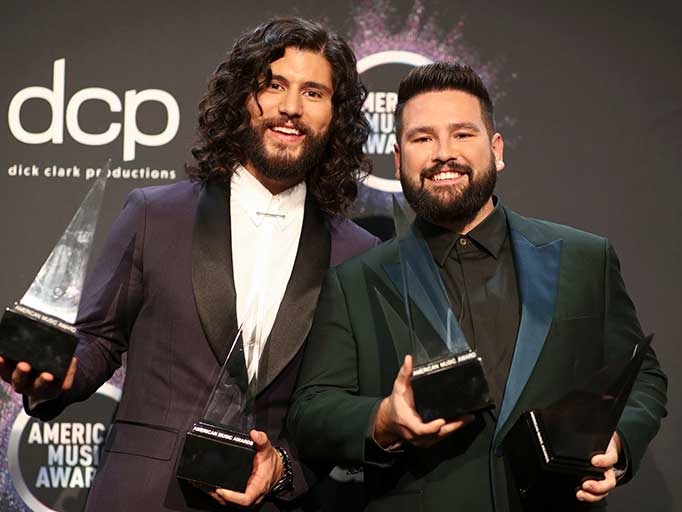 James Shay Mooney, one half of the country duo Dan + Shay (nominated for their song “Speechless” this year), might inspire more parents to use the unisex name Shay for boys, even if we’ve been thinking of it as a girl’s name thanks to Shay Mitchell. It’s both a Hebrew name (from Shai) and an Irish name (from Shamus, a version of James). 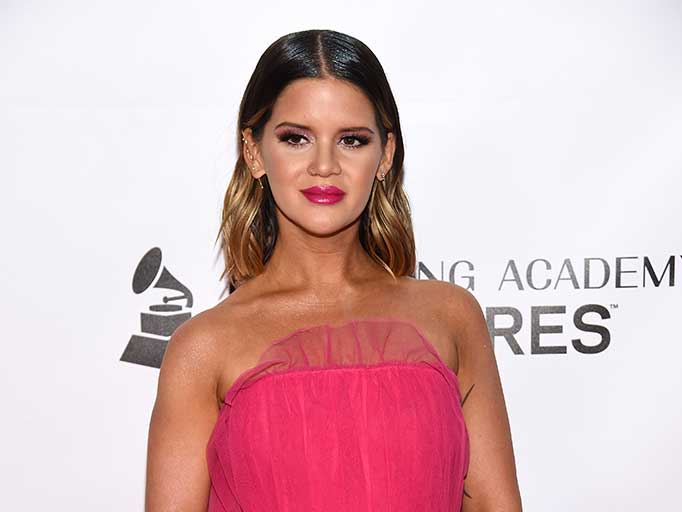 Nominated for Best Country Group/Duo Performance for “Common,” Maren Morris’s first name is of Latin origin and means “sea.” Or it’s a Hebrew name that means “bitter.” Either way, it’s still relatively uncommon (ranking #607 in 2018) but on the rise in recent years. 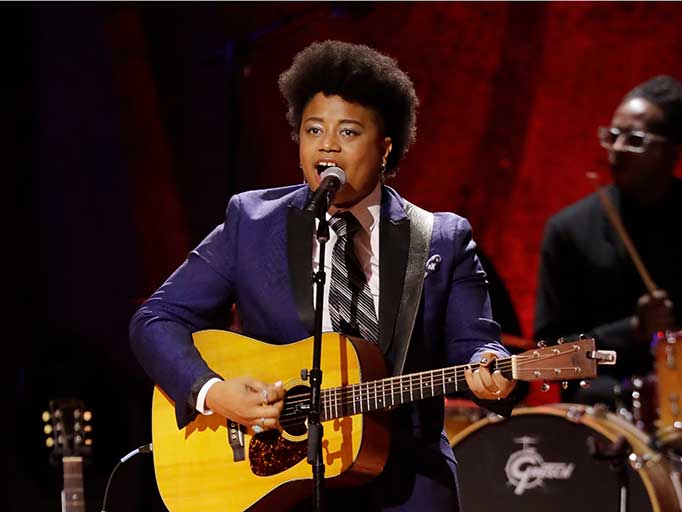 If you’re not typically a fan of American roots or folk music, you may not have heard of Tennessee singer-songwriter Amythyst Kiah, the group Our Native Daughters or their Grammy-nominated song “Black Myself.” (You’re missing out!) Anyway, you’ve got to admire what that extra Y does for her gem-inspired name.