Family feud! LeBron James’ son Bronny appeared on a Sports Illustrated cover at a younger age than the NBA player — and the 16-year-old won’t let his dad live it down.

“When he got on the cover, I was like, ‘You know I was younger than you, right?’” the Los Angeles Lakers player, 36, told Jimmy Kimmel on Tuesday, July 13. “And then he did some research — all these kids got all these phones, which we didn’t have when I was growing up — he was like, ‘Dad, no, you were six months older than me. Now I’m the youngest guy in the household on Sports Illustrated.’” 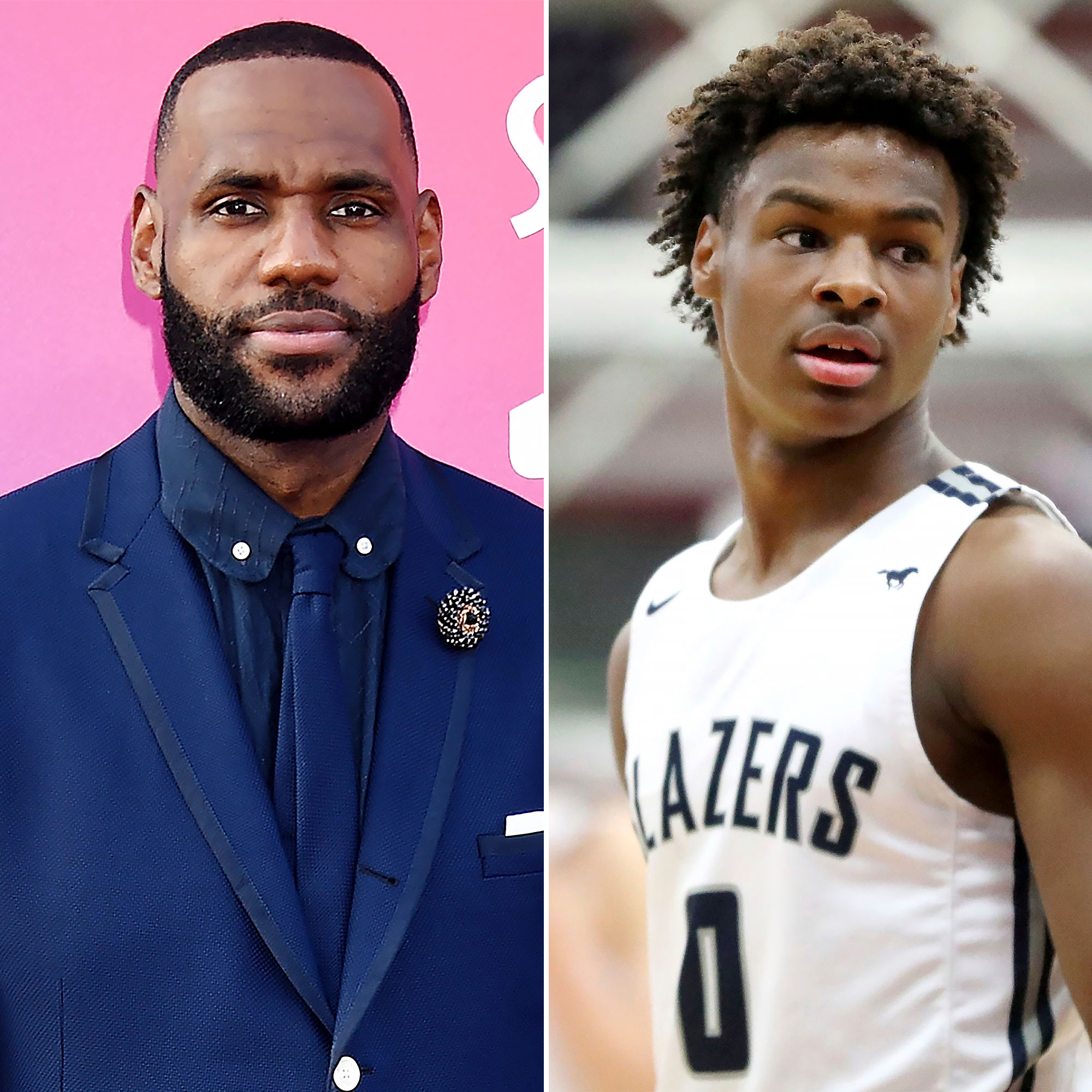 The teenager was featured in June as a member of esports organization FaZe Clan, while James appeared on a February 2002 issue as a Cleveland Cavaliers player.

Elizabeth Chambers and More Celebrities Whose Kids Graduated School in 2021

“Bronny plays video games all day,” the Olympian said during the Jimmy Kimmel Live! appearance. “I mean, he loves basketball, he plays basketball, loves being a big brother to his little brother and sister. But video games [are] his thing.”

The forward added that it would be “amazing, for sure” if Bronny later graced the cover of the magazine for his basketball skills.

James shares the teen with his wife, Savannah Brinson, as well as Bryce, 14, and Zuri, 6.

Bronny’s younger brother had a big year, graduating from middle school in May. “CONGRATULATIONS to my guy guy Bryce Maximus on graduating,” James gushed via Instagram at the time. “HS up next! Proud of you kid! Keep going to the top. #JamesGang.”

Bronny previously attended Santa Monica Crossroads after he graduated from middle school, but he transferred to Sierra Canyon School for the 2019-2020 academic year, joining another famous basketball player’s athletic offspring.

“Bronny James to Sierra Canyon has been a ‘done deal’ for at least six weeks,” the Los Angeles Daily News reported in May 2019. “The other ‘done deal’ is that Zaire Wade, [Dwyane] Wade’s son, who will be a senior next year, will join Bronny this coming season at Sierra Canyon.”

As for Zhuri, the little one loves hanging at home in her epic playhouse when she isn’t at school. James shared a video of his daughter’s “own house” in October 2020 while celebrating her 6th birthday.

“Are you doing school from your crib?” the athlete joked at the time via Instagram Stories. “How y’all house look just like the big house? Are you on a little break from school? That’s hilarious.”