After filing for divorce in 2021, Kim Kardashian and Kanye West have finalized their legal separation and have reached a custody and child support agreement.

According to People, the former couple’s divorce documents state they will share joint physical and legal custody of their four kids, North, 9, Saint, 6, Chicago, 4, and Psalm, 3. They will equally split costs related to the children’s medical, educational, and security expenses. Both conditions are pretty standard in custody and child support settlements.

Keeping in line with a typical agreement, West will also be required to provide Kardashian with a monthly child support payment. The dollar amount will make some divorced daddies balk and rethink their complaints about their own payment amounts — West is legally required to send Kardashian $200,000 per month to support the day-to-day needs of their kids.

Kardashian and West also agreed to participate in mediation to settle disputes regarding the kids, and if either fails to attend a session, the other will automatically be allowed to make the decision on their own.

Following West’s public outbursts and bid for the presidency in 2020, Kardashian filed for divorce in February 2021. In December of that year, she requested to be declared legally single in an effort to make West realize she had no intentions of reconciling with him.

In court documents filed in February of this year, Kardashian stated, “I very much desire to be divorced. I have asked Kanye to keep our divorce private, but he has not done so. Kanye has been putting a lot of misinformation regarding our private family matters and co-parenting on social media which has created emotional distress. I believe that the court terminating our marital status will help Kanye to accept that our marital relationship is over and to move forward on a better path which will assist us in peacefully co-parenting our children.” 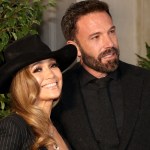 She continued, “While I wish our marriage would have succeeded, I have come to the realization that there is no way to repair our marriage. Kanye does not agree but at least it appears that he has come to the realization that I want to end our marriage, even if he does not. I ask that the Court restore me to the status of a single person so that I can begin the healing process and so that our family can begin the healing process and move forward in this new chapter in our lives.”

After nearly two years, the entertainment and business mogul is finally able to fully embrace her next chapter with her four littles, and we wish her all the best.