On Tuesday, Kim Kardashian West bragged about her 7-year-old daughter North’s impressive painting skills, and of course the Internet had something to say about it. Like pretty much all parents everywhere, Kim just wanted to show off her daughter’s artwork and posted a photo of a very lovely landscape painting with the caption “my little artist North.” Unfortunately, she failed to give any context or explain that North has been taking an oil painting class and spent weeks on this piece.

So, everyone and their mother seemed to have a snarky comment about how an elementary school student could not possibly be the artist behind the painting. And because this is the child of Kim Kardashian and Kanye West, the internet let loose with snarky comments, making both North West and Bob Ross a trending topic on Twitter. 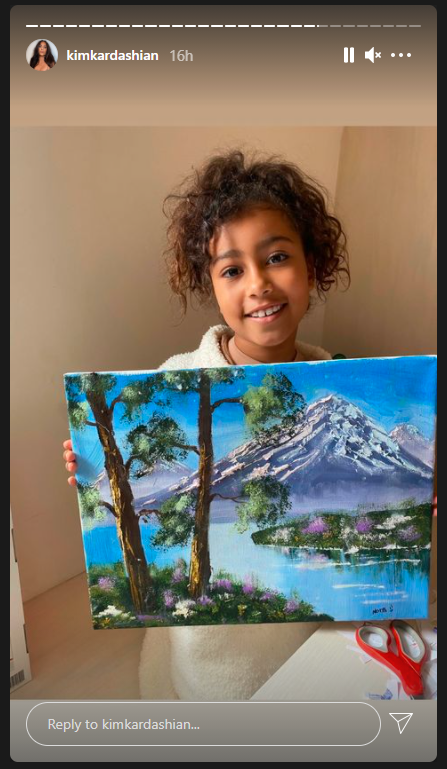 Let’s be real. If your random mom friend in Ohio with a couple dozen followers posted that her second-grader had painted that, you’d be side-eyeing her Instagram account over your morning coffee, too. Like, OK Barb, sure, little Tina is the next Monet, just like my baby Becky is the future Misty Copeland. It’s just that instead of being a random lady in the Midwest, only eye-rolled at by her friends and family for her mom-brag, Kim is, well, KIM and has an audience of 487 zillion, give or take. So, of course, it has now become a major news story.

Among the haters that Kim called out this unnamed social media user who was apparently so distraught over North’s painting that she had to take a sick day. Kim’s “FOH” addition over a screenshot of the post in her Instagram stands for “f*** outta here,” if you’re not up on the lingo. 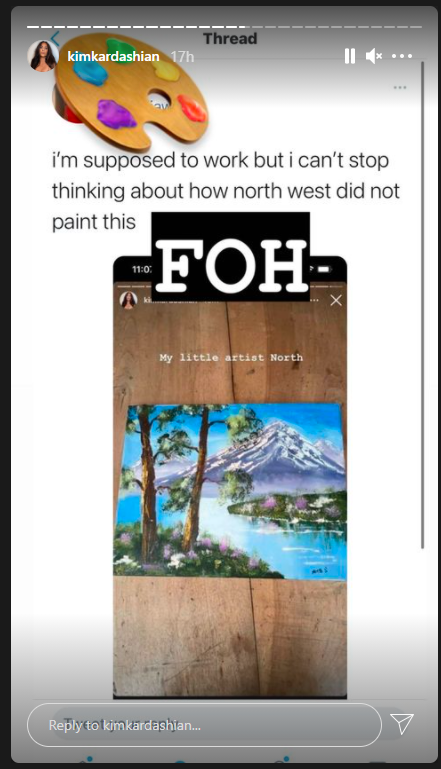 Come on, people! Aren’t there more important things to be up in arms about? Like political turmoil, and climate change, and this never-freaking-ending pandemic? There are better things to throw our ire at than a 7-year-old kid, who, it turns out, did in fact paint a pretty badass landscape.

Kim also used her Instagram story to tell people exactly where to step off and give that much needed context to North’s excellent painting skills. “Don’t play with me when it comes to my children,” she wrote in all caps. “How dare you see children doing awesome things and then try to accuse them of NOT being awesome!?!?!” 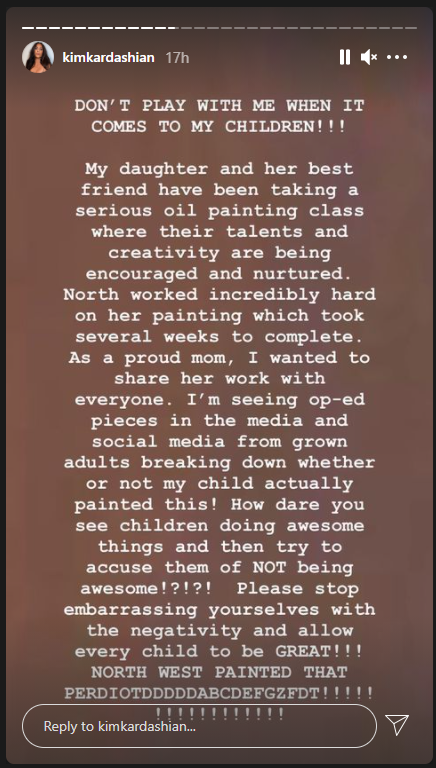 Kim’s tirade and explanation actually had an effect, leading the Daily Mail to change it’s headline from “North West did not paint this” to “North West painted that!” That’s right, internet: You can admit when you’re wrong. 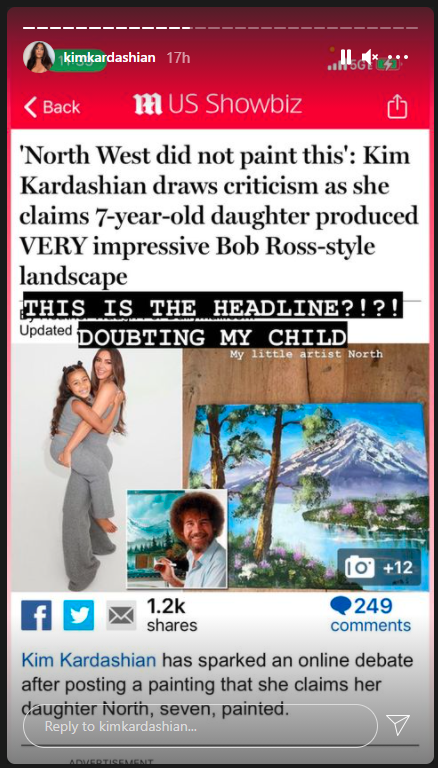 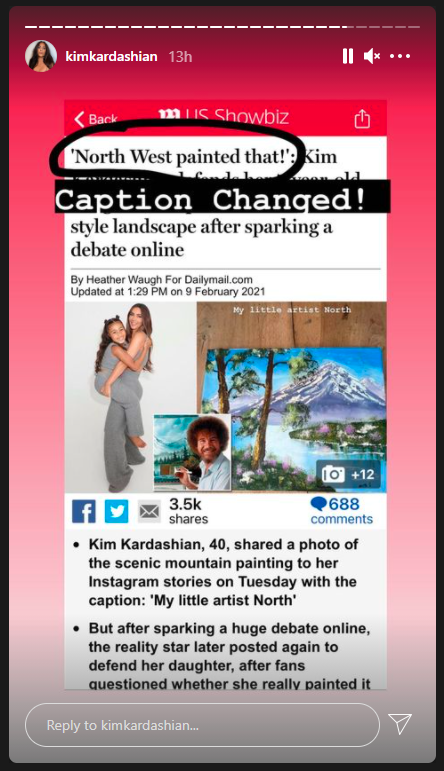 So here’s what we should say: Hey, Kim, amazing job nurturing your daughter’s artistic talent, especially while you’re reportedly going through a difficult divorce. We totally understand wanting to show off her skill and hard work with a proud mama post. And North, great job developing your painting techniques and creating such a beautiful piece of art. Keep it up!