Katy Perry released her new single “Daisies” on Friday morning, along with a music video that reveals a whole lot of her gorgeously pregnant body. But she was even more revealing when she spoke to British radio hosts to promote the single. In two interviews, she talked about the ways she’s preparing for new motherhood while in lockdown — and about the doubts she has about herself during this time.

In the “Daisies” video, Perry wears a flimsy nightgown before stripping down and bathing naked in a stream. It’s a beautiful celebration of her body that’s more than a little pregnant. A quote she gave BBC’s Radio 2 Breakfast Show also seemed to indicate that she’s due in late summer: “My plan pre-COVID was just to keep going and put out a record in the summer until my water breaks,” she said. The album is scheduled to drop on August 14.

Before that happens, she’s getting a crash course in parenting while in quarantine. During this time, Perry has been at home with her nieces, ages 3 and 6, and fiancé Orlando Bloom’s 9-year-old son, Flynn.

“There’s obviously a certain skill set that’s needed in being a full-time mom, and I guess I get to have a test run,” the pop star told Radio 2’s Zoe Ball.

Though she’s enjoying the company of all those kids, she said sometimes, “like everyone else, I go sit in my parked car outside of my house, lock the doors, and sometimes just cry off my fake eyelashes.”

In her interview with Fleur East’s Hits Radio Breakfast Show, also on Friday, Perry talked about how quarantine has made her feel ill-prepared for motherhood.

While she said she always wanted to be a mother, in the past she had doubted whether it was the right role for her.

“I didn’t know if I could be [a mother], or if I’d have the capacity,” she admitted. “My sister is the most maternal one in my family, and I’m a logistics strategizer show off, and I didn’t have the maternal gene. So I’ve had to really learn how to have that.”

The idea of being born maternal is a double-edged sword for women. Not everyone just naturally feels like we want to take care of others — but that doesn’t mean we won’t be able to care for and love our own children. There’s also a danger in labeling women “maternal” — that’s one way men kept women out of workplaces and positions of power for millennia.

We’ll save that for another discourse, though. In the meantime, we’d like to reassure Perry that judging by the fact that nearly every preschooler we know absolutely loves her, she’s going to be a great mom.

When Perry’s baby is born, we’d love to see the two of them in one of these mommy & me matching swimsuits. 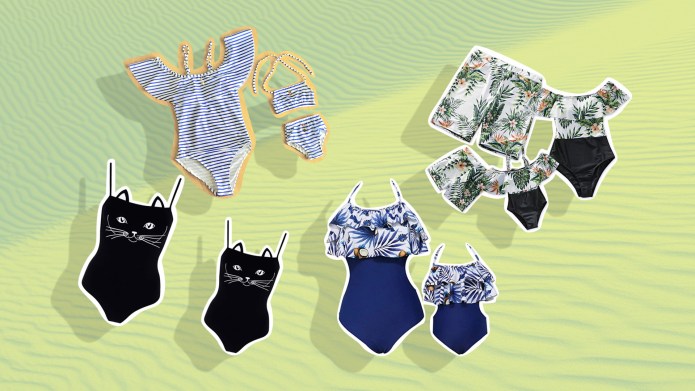 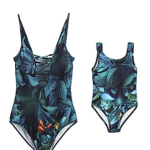 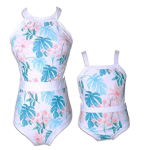 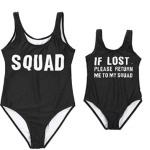