Not only did Super Bowl LVI feature a star-studded lineup at its amazing halftime show, but several celebrities attended the game last night at the SoFi Stadium in Los Angeles as well. Kate Hudson watched the LA Rams defeat the Cincinnati Bengals alongside her 18-year-old, Ryder Robinson, whom she shares with ex Chris Robinson.

The actress posted a happy selfie to Instagram yesterday, featuring her son Ryder with his arm around his mom and stylist Jamie Mizrahi. She captioned the cute photo: “Well that was an absolute blast! [football emoji, heart emoji] #greatgame #superbowl2022.”

Ryder commented on Hudson’s photo, saying “The filter on my face is everything” with a red heart emoji.

Hudson also posted several photos and images of her and Ryder to her Instagram Stories yesterday. The first one was posted before kickoff, featuring the mother and son in the car and the caption, “Where we going?!” 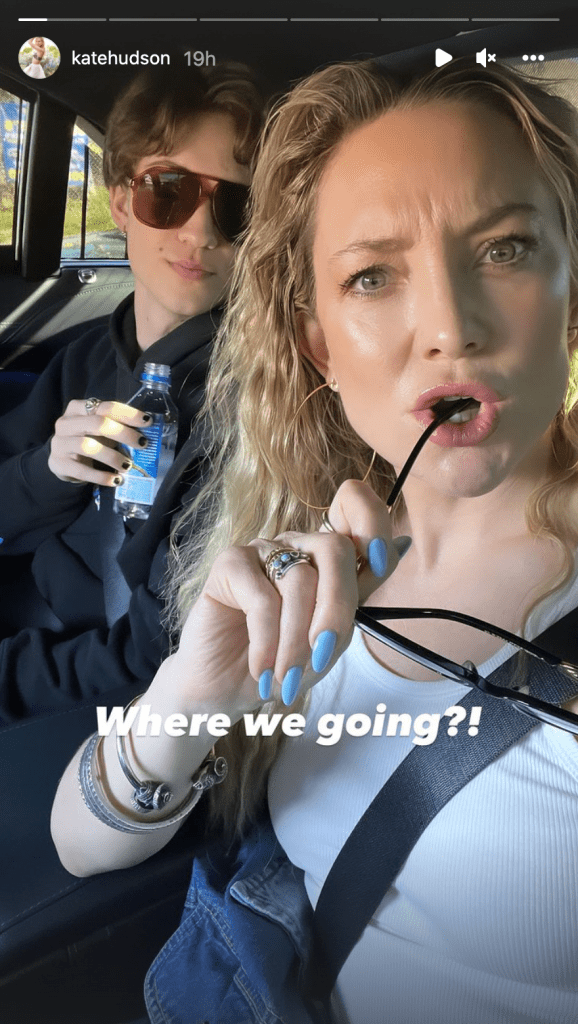 The next was a video showing Hudson sitting next to Ryder at the game, cheering on the La Rams. It also features a super-quick snap of someone else they were sitting by — Katy Perry! 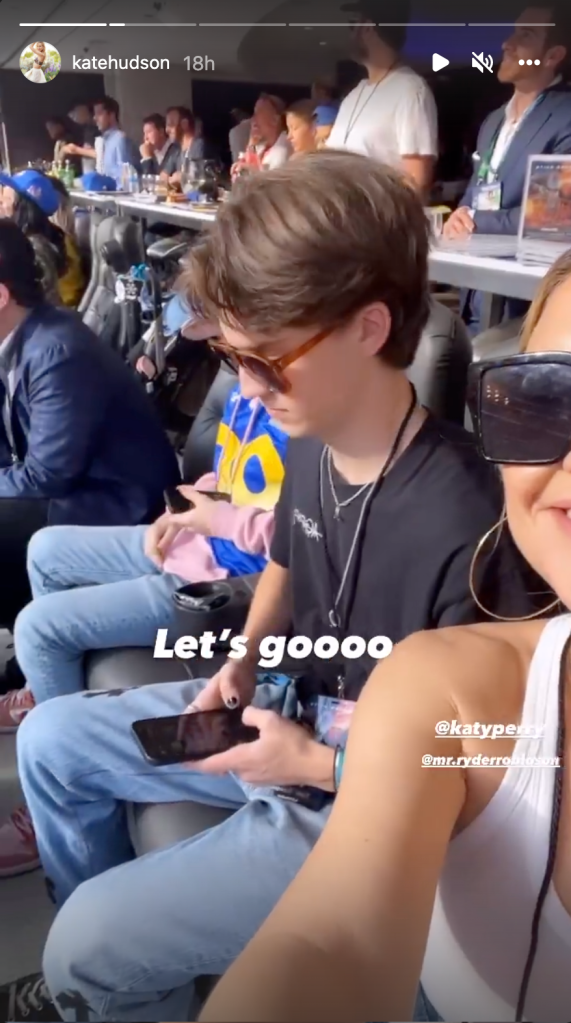 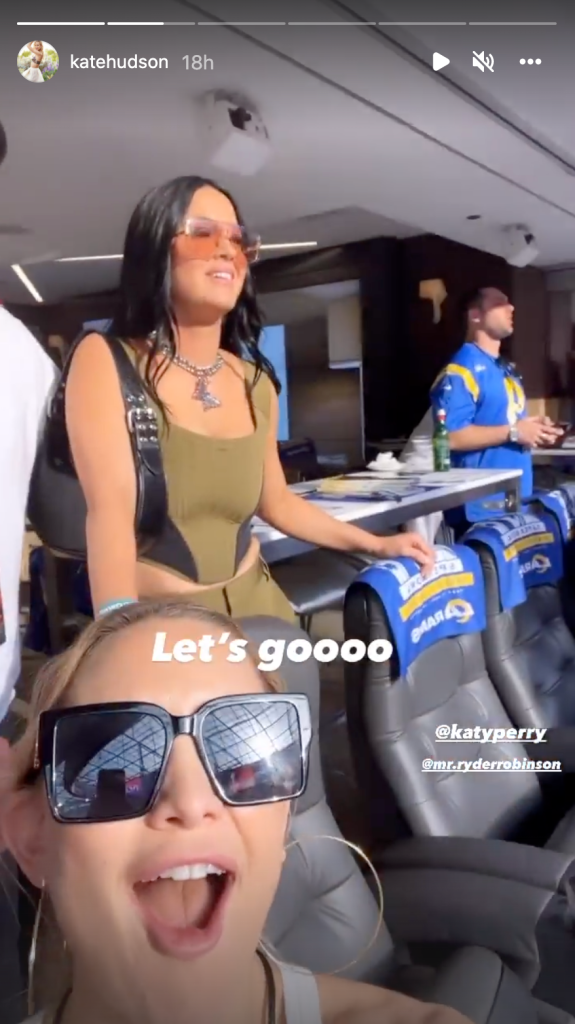 Hudson was (understandably) excited about the half-time show, as she posted a video of the field being set up and the caption: “Been waiting for this moment since middle school!!!!” And another selfie, where she wrote, “Calling the first song…One two three and to the four Snoop doggy dog and dr Dre is at the door!” 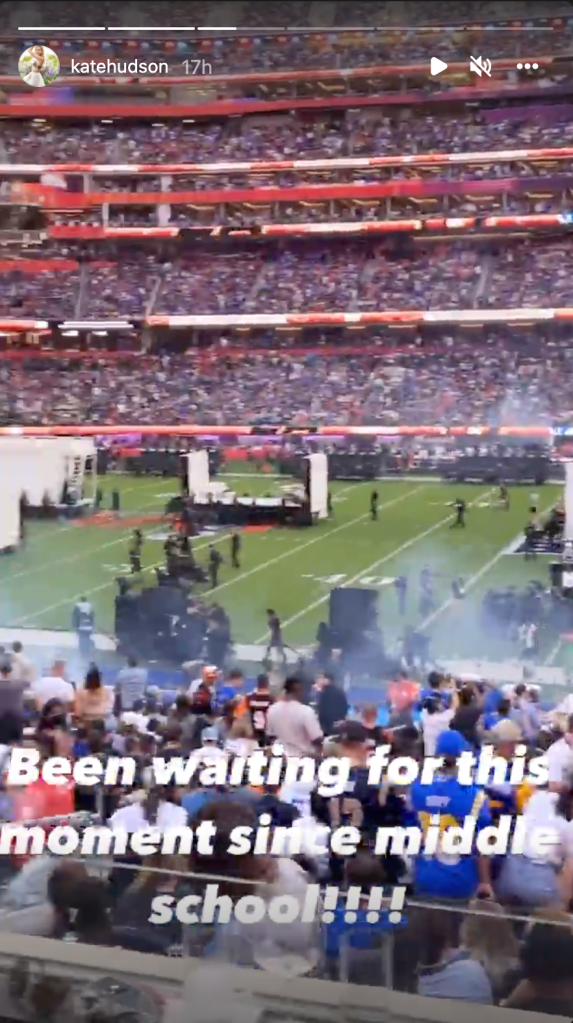 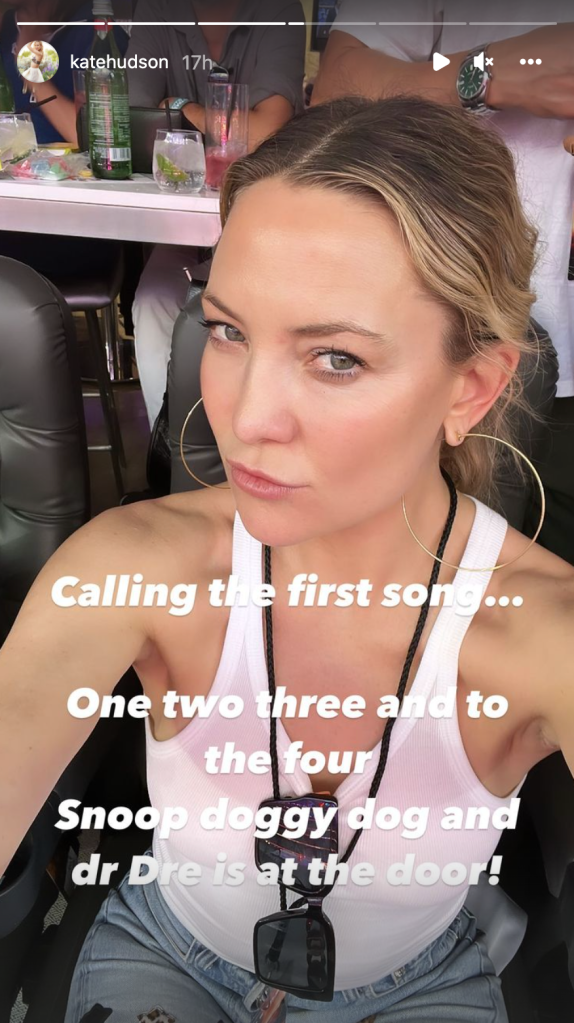 On the way home, she took one last video of her and Ryder, where she wrote “Ryder trying to call me out in my comments…” referencing how Ryder called her out for using a filter in her earlier Instagram post. 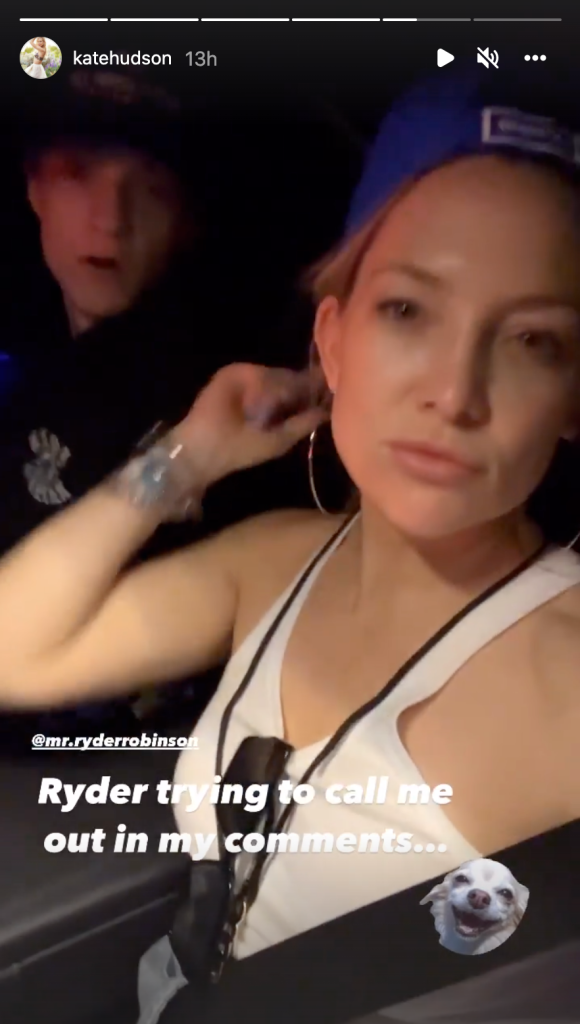 Hudson, who also has Bingham, 10, with ex Matt Bellamy, and Rani Rose, 3, with fiancé Danny Fujikawa, wasn’t the only one to bring her kid to the game. Jay-Z brought his oldest daughter, Blue Ivy Carter, 10, whom he shares with wife Beyoncé, to the Super Bowl, where he was spotted taking photos of his daughter and a friend on the field before kickoff. Kanye West also brought his two oldest kids, North West, 8, and Saint West, 6, whom he shares with ex Kim Kardashian, to watch the game.

After recently celebrating Ryder’s 18th birthday with a heartfelt post, it’s nice to see Hudson enjoying hanging out with her grown-up son. It seemed like the two had plenty of sweet mother-son moments at the Super Bowl!

Check out these cool face masks for teens.