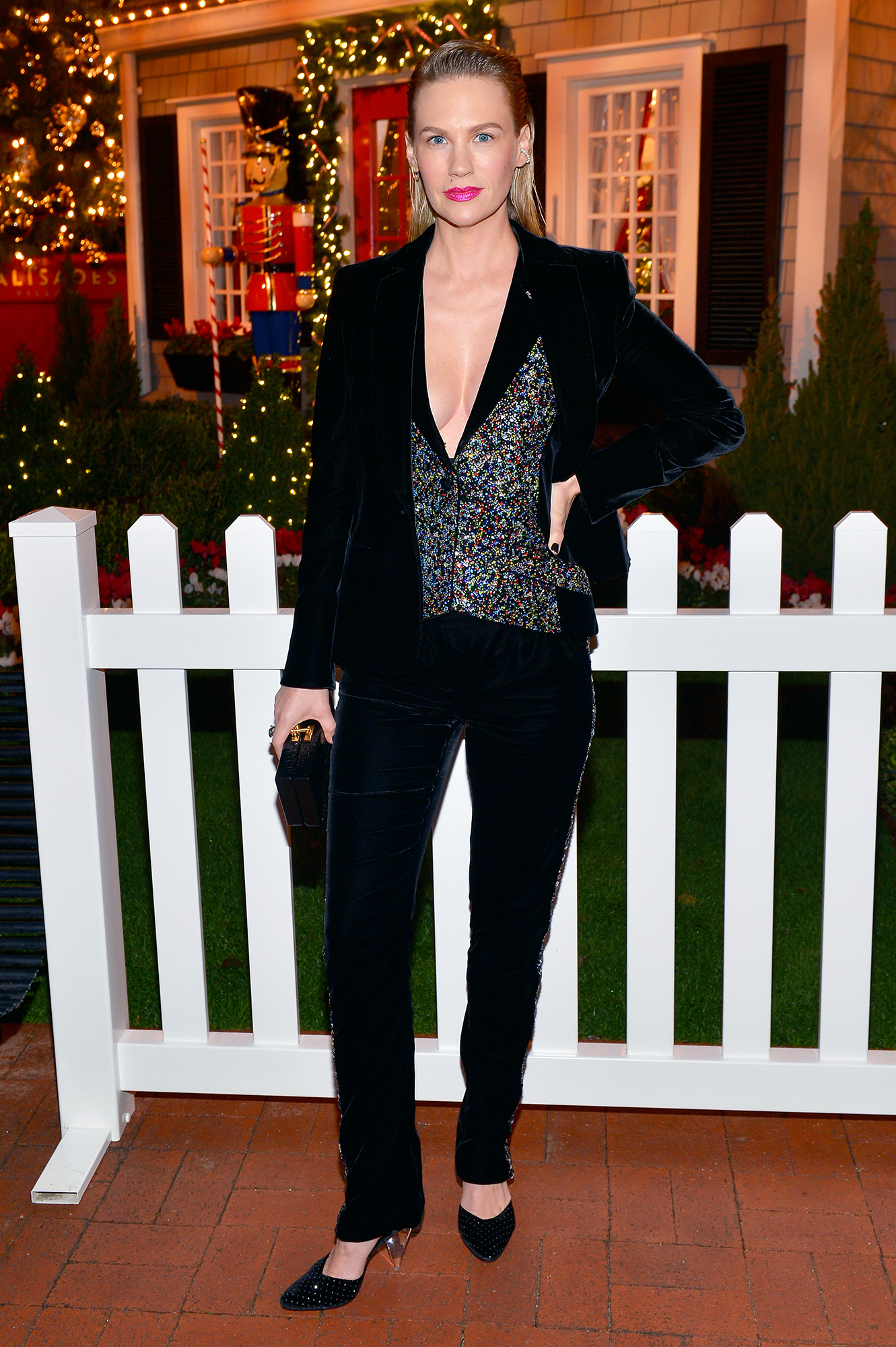 “When I get dressed up he gets bummed because he knows I’m leaving. Like, ‘Mom, you look pretty. Where are you going?” Jones told Us Weekly and other reporters at the Tamara Mellon Palisades Village Opening Party at Blue Ribbon Sushi in Los Angeles on Tuesday, December 11. “But he’s gotten better at it. Tonight, he was all right. He said, ‘Mom, you look beautiful.’ So he’s a little man now, that’s it.”

It’s no wonder the Mad Men alum, 40, will be spoiling Xander on Christmas. On December 25, the little boy can expect to open gifts including Lego sets and a trampoline. “He got lots of little things he wants,” she said.

In June, Jones gushed to Us about how “happy” she was about Xander being on summer vacation. “I don’t have to wake up and take him to school!” she quipped at the time. We’ll be in the pool. He just loves swimming and hanging out with buds. I try to give him the most quote unquote normal experience I can.”

Jones, who welcomed Xander in 2011, has kept the identity of his father a secret. “I knew I would be raising my son alone,” she told The Edit in 2013. “It was something I went into knowingly, I was prepared mentally — and I was excited about it.”

But dating as a single mom can be tricky. “Because you can’t bring someone home when your kid’s coming into the room,” she told Violet Gray in January. “Honestly, my son turns up in the middle of the night and asks for a massage, and then I fall asleep. I imagine that’s what marriage is like?”