As if Mike Caussin hasn’t put Jana Kramer through enough already, the One Tree Hill alum dropped a shocking bombshell on her Instagram Story regarding the ex-spouses’ child support arrangement for their two kids.

The divorcees share a daughter (Jolie, 6) and a son (Jace, 3), and Kramer revealed that even though she has the kids 70% of the time, she still pays Caussin child support. That’s right — she pays her cheating ex-husband child support.

“I’m like, I have the kids 70 percent of the time, I didn’t want the divorce and I didn’t cause the divorce,” she said in her Story, continuing, “And so it was hard for me to wrap my mind around that, having to pay him.”

Proving she’s an incredibly selfless mother and morally superior person, the actress and singer explained, “I have to look at it from the other angle, going, ‘Okay, like, I’m grateful that I can provide for my kids, and this is for the kids…’ So I have to look at that side of it and not the anger and resentment if that makes sense.”

Kramer and Caussin married in 2015 and separated a year later after she found out the former NFL player had cheated on her. Kramer took Caussin back in 2017, then ultimately filed for divorce from him in 2021 after his adultery failed to cease. During a recent appearance on Red Table Talk, she claimed Caussin had cheated on her with at least 13 different women throughout their relationship.

Before you go, check out these celebrity moms who talk about raising their kids on their own. 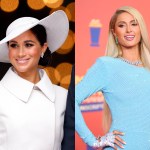