Kyson had been telling us for nearly three years that he was a boy, not a girl.

We had chalked it up to the arrival of a new baby brother, or to a cross-country move and losing his group of friends, or to the pandemic lockdown, or maybe just adjusting to life in general. 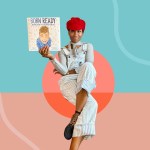 But in retrospect, he told us as soon as he was able to that he wasn’t what we thought he was. As soon as Kyson was able to assert himself, he was a boy. He didn’t want to wear dresses or skirts; he wanted to wear pants and t-shirts.

My father and his equally-conservative girlfriend expressed concern when Kyson insisted to them both that he was a boy, not a “beautiful girl” as they’d just called him.

“You need to fix this; it will be sad if she turns into a boy,” said my mother-in-law when Kyson insisted on a short haircut rather than the curly ringlets we’d all mooned over in his toddler years.

“Don’t let them fill her head with bullshit,” said my mother as I headed into the school to discuss our gender transition plan with the administrators.

With each new haircut and superhero t-shirt, our extended family cringes and preaches to us about how weird the world is now and how nuts people are with “their ludicrous wokeness.”

My husband and I both come from conservative religious backgrounds. My husband is Jewish; I was raised Christian. Neither one of those has any space for our new reality.

Currently, I’m an involuntary stay-at-home mom due to school closures and the fact that there’s no daycare for our two-year-old within reasonable proximity. Being home gave me a front-row seat to our children’s evolutions — and the job of being the person in charge of handling Kyson’s transition.

Kyson is the middle child of three: He has an older sister and a younger brother. In January 2020, we brought our youngest home right before the pandemic took hold and rocked all our collective worlds. Which was why we thought Kyson was telling us that he was a boy, because we had brought a baby boy home, and he wanted to be like this new boy in the house.

This last year, I’ve had to fight for things I never thought I would have to fight for. It’s been an arduous journey, with lots of tears and self-doubt, lots of wondering if we’re doing the right thing. Lots of anger, lots of blaming, lots of questions. Always a conformist growing up, this reality is so far out of the norm of what I thought I would be doing as a parent.

He’s still very young, and things could change, but my LGBTQIA+ friends knew at, or around, this age that they were different, so I always treat Kyson’s concerns and insistence on who he is with respect.

The decision hasn’t been easy, but honestly, it’s a no-brainer. We’ve chosen to support our child, love him totally, protect him as best we can, and see how he evolves. We want him to know that his house is a sanctuary, that he can be whatever he wants to be. He’s not a sinner; he’s not wrong; his existence does not “go against nature.” Right now, he is himself authentically, and that’s what I want for all my children.

As all parents know, it’s tough to have children with very different needs. I can set my eldest, Lily, loose on any playground, and she’ll have a handful of friends instantly. For me, that’s easy to nurture. It’s easy to find cute, pretty clothes for my cishet “normal” kid. She tells me all the time that her hair is “magical”. I don’t exactly know what that means, but as that’s the thing she likes the most about herself, I nurture that with headbands, bows, and sparkly clips.

With Kyson, it’s been a much different journey. His wardrobe has changed dramatically; there have been tears and fights about what he will and won’t wear, and dressing up for special occasions has been challenging. The transition with friends and family is ongoing, and even our parents don’t have an accurate picture of what’s going on in our house.

There’s no way to tell them that won’t start a war. They’re all conservative, religious, and set in their ways, especially regarding what is and isn’t acceptable. The transgender community has been a target, leering demons hiding in public bathrooms and hanging over their heads, “terrible freaks” that want to harm defenseless children. Little do they know, and what they’re completely missing out on, is that the trans community is beautiful – and is now a firm part of their family.

When dealing with Kyson’s school, we have been treated as though our child is a problem to manage, and that the way Kyson chooses to dress is somehow responsible for this behavior. The school has asked us how we protect the staff if they’re upset by the change of Kyson’s pronouns and name or what we plan to do if other children’s families are upset about it.

We changed Kyson’s name and pronouns at school to protect him from bullies and because he has asked us to, repeatedly, for years. He has always presented as a boy despite his conflicting pronouns and gender marker. We’ve sat through meetings with administrators and tried to get to the bottom of the bullying and the physical violence that Kyson has faced because he presents differently.

My kid is five; there’s nothing sexual or evil about this. Kids want to dress how they want to dress. Kids want to be who they are. For us, the choice is to either stifle our child’s development and tell him his sense of self is wrong, or allow this beautiful flower to blossom however he needs to.

We’re only halfway through his kindergarten year, and already it’s such a struggle. I’ve seen my once-bubbly, energetic, enthusiastic child turned into someone so insecure and tearful that when getting dressed, he insists on wearing at least two t-shirts and obsesses over whether he looks “cool.”

Above all, he does not want people to think he’s a girl.

The horrifying statistics for transgender kids and suicide are never far from my mind. The division in this country has far-reaching effects, and the hyper-conservatism of some is both incredibly dangerous and fraught with serious moral and civil rights issues. The real world will confront these kids with vigor and ferocity if they’re deemed to be different. If your child isn’t loved at home, where are they loved? If your child is not accepted at home, where are they accepted?

As a parent, whether you’re raising a cisgender heterosexual kid or a gender non-conforming kid, what they need most is an environment where they’re taught to communicate their needs, wants, hopes and desires and given a chance at a beautiful future.

There’s a meme floating around of a child with multi-colored wings, a mother and father standing close behind. The father holds a large pair of scissors, blades gaping wide to clip the child’s beautiful rainbow wings. The text reads, “don’t be your child’s first bully” — and as Kyson’s parents, we’re taking those words to heart.

*Jennifer Audrie is a pseudonym for a mother and writer who has requested anonymity.