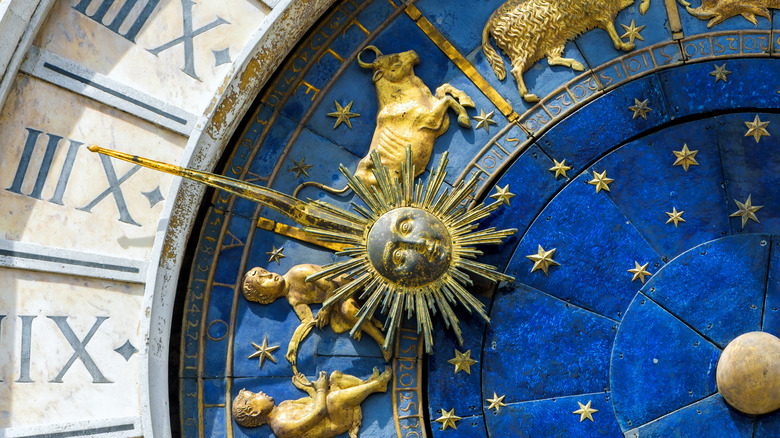 Whether or not you put your faith in astrology, chances are you do have certain preconceptions about people based on their sun sign. When you meet a new person and find out their birthday is in late April/early May, what comes to mind once you realize that this birth date falls under the sign of Taurus?

Taurus isn’t one of the flashier signs like the fiery Leo or adventurous Sagittarius. Nor are they known for being sweet, dreamy romantics like water signs Cancer and Pisces, and they certainly don’t have the dark, mysterious glamour of a Scorpio. They are not seen as flighty or quirky like air signs Gemini and Aquarius.

Instead, the Bull, like fellow earth signs Virgo and Capricorn, may tend to have a reputation that ranges from dull to difficult. Well, this is just wrong on so many levels. If you take a closer look at the typical Taurus traits, you’ll find that there’s a lot more upside than downside.

Tauruses aren't as lazy as they're cracked up to be 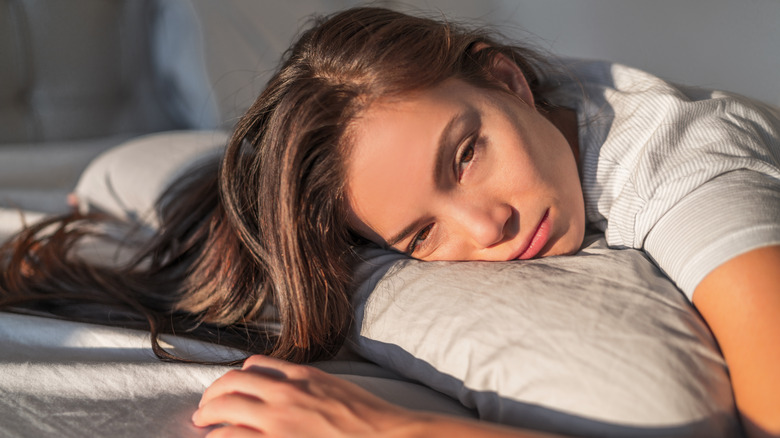 While Taurus may not be as full of fire and energy as Aries or as always on the go as Gemini, the Bull is a slow and steady, gets-the-job-done type. According to More, Taurus is actually one of the hardest-working of the signs. On the job, a Taurus will tend to be very focused and proceed in a steadfast, methodical fashion. Tauruses have endless patience, even for repetitive tasks, and can be super-productive as long as they feel that their patient plodding is actually getting them somewhere.

When it comes to life outside work, Taurus is likely not going to be the first one to suggest going out dancing or partying all night, nor will Taurus be the one leading an expedition up Mount Everest (they leave that to the Sagittarians). Taurus will, however, devote plenty of time and energy to their loved ones. As Zodiac Fire puts it, rather than climbing every mountain, a Taurus will move those mountains to make sure that their friends and family are safe and happy.

Taureans aren't all about the Benjamins 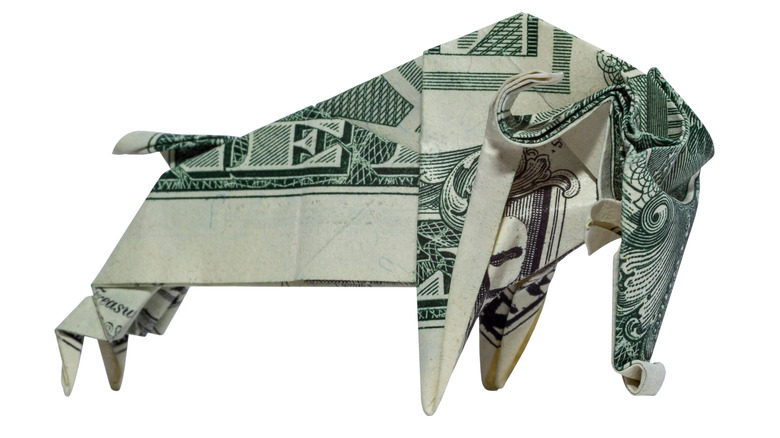 Taurus is ruled by the planet Venus, which was named for the goddess of love and beauty. This planetary influence means that Taureans are fond of life’s little luxuries. This taste for la dolce vita, however, doesn’t mean that Taureans are money-grubbers or gold-diggers. Taureans work just as hard (or harder!) than any other sign in the zodiac, but as Cosmopolitan explains, they also feel that putting in the work means that when it’s time to take a break and recharge, they deserve to enjoy the fruits of their labors.

While some may claim that Taurus is the most materialistic of signs, this is a misread of the Taurus personality. Yes, Taureans appreciate quality, but they’re not about ostentation or showing off. They just prefer to have the nicest food/drink/clothing/surroundings that they can afford. They’re not selfish with the goodies, however, and AstroTalk reveals that a Taurus is more likely to spend money on something that can be shared with their loved ones rather than on being kept for themselves alone.

Taurean possessiveness is more about protection than control 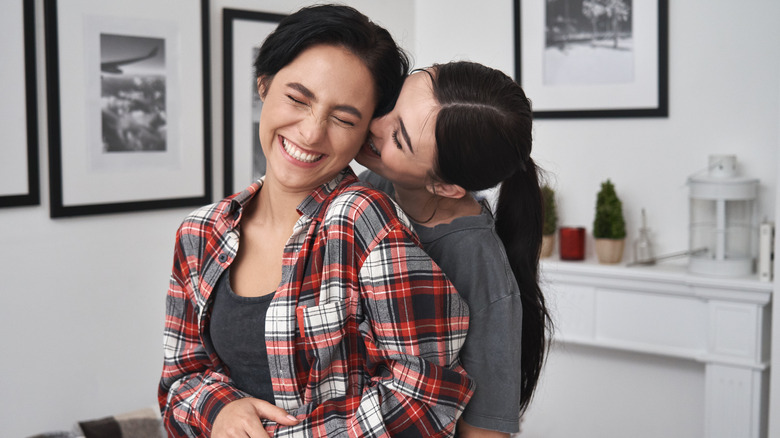 Taureans are often accused of being possessive, which is a major red flag when it comes to relationships. Not just romantic relationships, but friendships, parent/child relationships, and even work partnerships all tend to suffer when one party feels that the other party is trying to “own” them.

Let’s not be so quick to judge if a Taurus is exhibiting signs of being possessive, though. As Cosmopolitan points out, their feelings are probably coming from a good place. Taureans love deeply and are extremely loyal, and there’s nothing they want more than to keep their loved ones safe from all harm. As a result, they may not always be aware when they’re crossing the line into territory that makes those loved ones feel uncomfortable.

If you’re getting possessive vibes from the Taurus in your life, rest assured that this means they value you highly. If the possessiveness extends into actions that make you feel uncomfortable, however, you may need to have a conversation explaining just how you feel. Since that Taurus truly loves you, they’ll likely try their hardest to balance their need to protect you with your need for a little more personal freedom.

Taureans really aren't hard to get along with 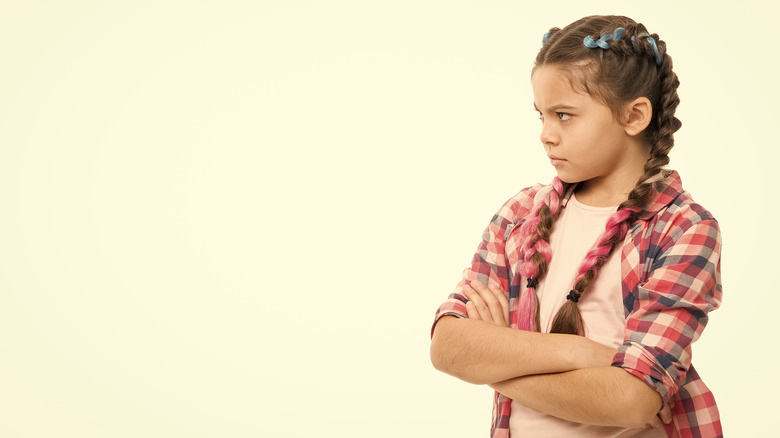 If there’s one word that always comes up when people try to sum up the Taurus personality, that word would be “stubborn.” Taureans can also come across as, well, rather blunt at times, and they can even be judgmental. While all of those things may be true, the flip side of the coin is that each trait also has its more positive aspect.

Stubbornness comes out of being set in their ways, which is something Taureans are prone to. They don’t always find it easy to be flexible and turn on a dime, but then, this is what makes them so darn dependable. After all, an obstinate Taurus is one who will stick by a task, or a friend, until the bitter end, rather than buzzing off when the going gets rough.

As to their blunt, critical side — well, they are unflinchingly honest, so you’ll never find a Taurus trying to soft-soap you or sell you a timeshare built on swampland. Taureans have little patience for fakes and phonies, and no desire whatsoever to perpetuate such trickery themselves.

Taureans are anything but boring 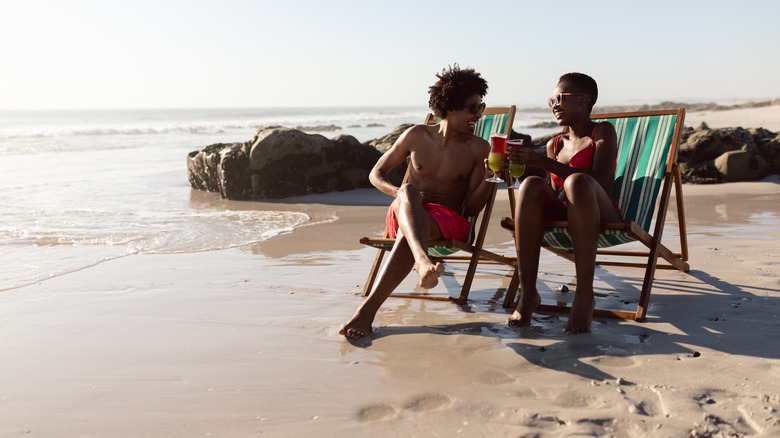 Steady. Solid. Reliable. While all of these things can be said about Taureans, and none of them is by any means a bad thing, these descriptors do tend to make the average Taurus sound, well, rather dull. This sweeping generalization is far from the truth.

Although Zodiac Fire says that a Taurus will always value order over chaos, they are also decisive people who are capable of making plans to do fun, exciting stuff and then actually carry them out instead of stringing you along or flaking at the last minute. Nothing about that says boring — in fact, quite the opposite, since nothing gets old faster than having that friend (not naming any signs here, but perhaps one of the flightier air ones) who always bails out on you.

Sure, Taurus may never be the most spontaneous of the signs. If you want a party, a vacation, or a splurge that’s been carefully mapped out for maximum enjoyment and you appreciate the thrill that only comes from slowly-building anticipation, then you’ll understand just how exciting it can be to have a Taurus in your life.