“He really beat himself up,” the Bush frontman, 54, said in a recent “What’s Cooking” vlog with Haute TV. “[He] had a [bike] accident, broke his left arm [and] got a gash in his leg [requiring] five stitches.”

While the incident was “bad enough,” the “Love Remains the Same” singer went on to say, “Two weeks ago … he fell off a chair and broke his right arm. So now that’s just healed and he [breaks] his left arm.”

Zuma’s right leg is the only limb left unscathed, Rossdale joked. “[That’s] the only extremity that’s safe at this point,” the musician said. “He’s amazing. He’s got the kids’ Motrin, he does his drugs every six hours to bring the pain down. And he’s doing fine. I have to remind him to not lean on his broken arm.” 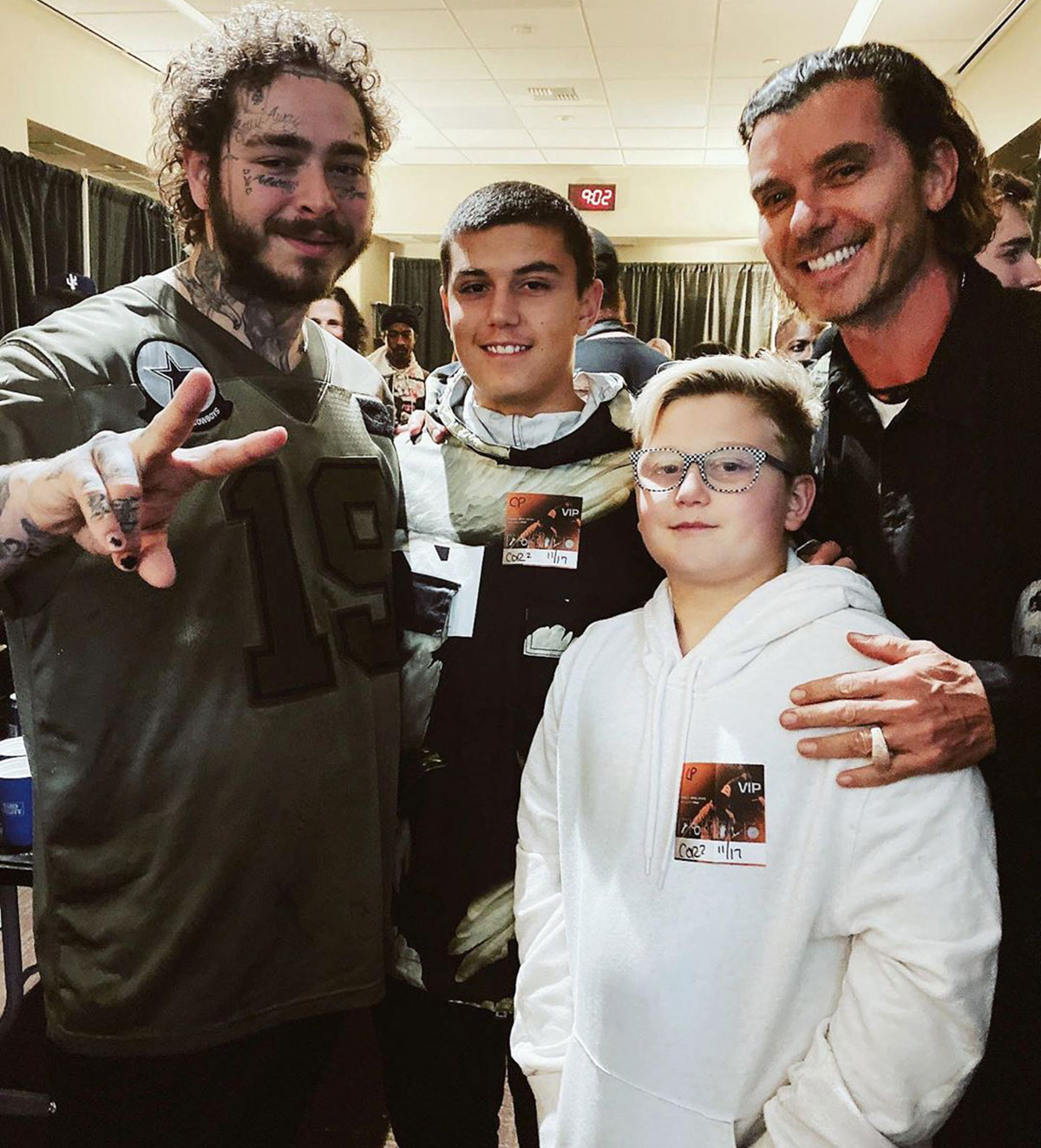 The England native, who also shares Kingston, 14, and Apollo, 6, with his ex-wife, Gwen Stefani, and Daisy, 31, with Pearl Lowe, said that his children’s health “is the most important thing.”

He and the Voice coach, 50, have found it “tricky” coparenting their three kids while quarantining amid the coronavirus pandemic. “I did the first two weeks with them, then they went to Oklahoma [with their mom and her boyfriend, Blake Shelton],” Rossdale said during an April appearance on SiriusXM’s Trunk Nation.

“I think it’s OK for now, but it’s a real big dilemma for parents and kids with split custody,” the guitarist added at the time. “I know who’s around me and know who’s bringing the corona — no one — but you send your kids out and now they’re coming back to you, and now you’re prone to whoever they’re with. So, it’s a tricky one with all divorced parents.”

Rossdale “miss[es] them,” he went on to say of his sons. While the Grammy nominee used to prefer being “selfish” and “play[ing] that guitar more” when his brood isn’t around, he added, “Now I’m like, ‘I prefer it when they’re around.”

The former couple split in 2015, and Rossdale told the Guardian on Monday, July 6, that “the gross and lopsided spectre of the crumbling of [his] marriage” was his “most embarrassing moment.”