Getting their groove on! Naomi Watts and Liev Schreiber reunited to do a TikTok dance with their two kids amid quarantine.

In the family footage, the King Kong star smiled while dancing to Doja Cat’s “Say So.” 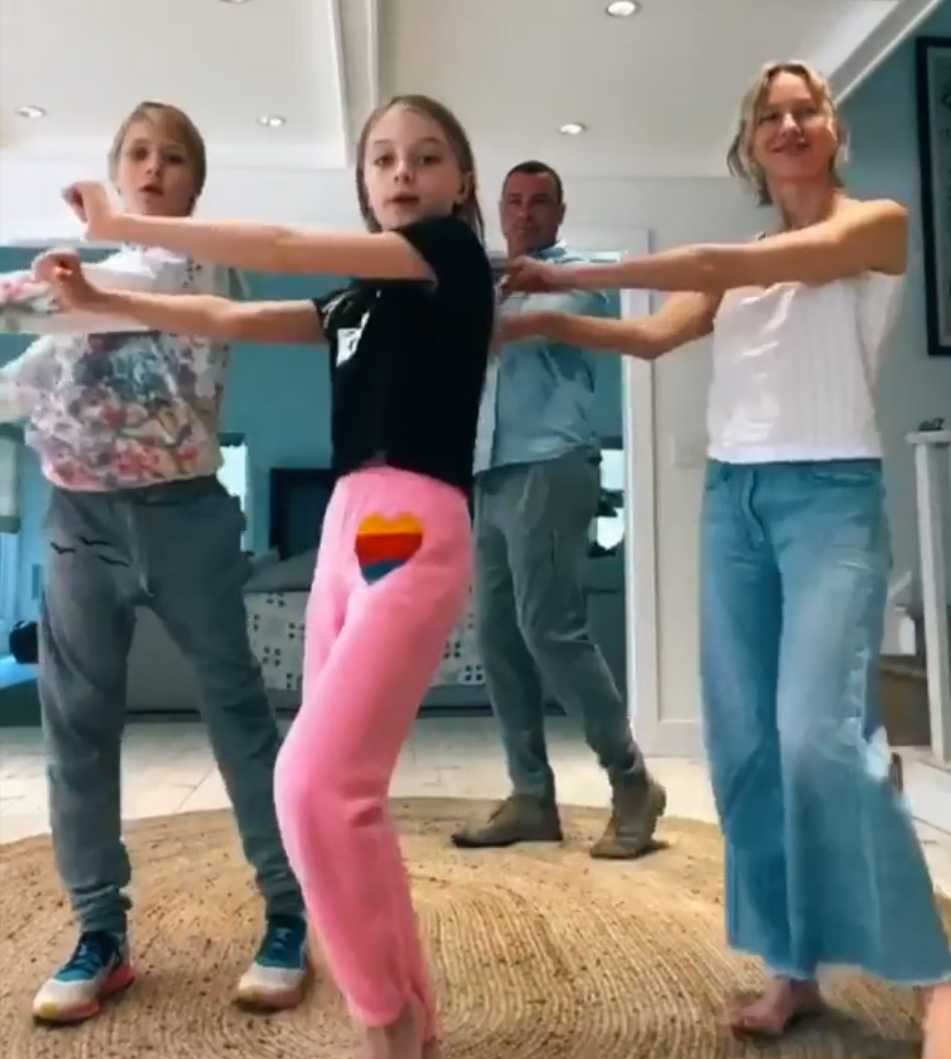 Kelly Ripa commented on the April social media upload: “That’s amazing you two! Dope, as the kids would say.”

The former couple welcomed Sasha and Kai in 2007 and 2008, respectively, ahead of their 2016 split and are “proud” of their coparenting relationship.

“We’re doing things very differently,” Watts told PorterEdit in August 2019. “We’ve made it our absolute priority to be good and kind to each other and we’re absolutely committed to that.”

Schreiber admitted to Willie Geist in January 2018 that breakups are “always hard,” but they’re making it work. He explained, “You build a life with someone and things change. And I think the way that we’ve looked at it is that we’ll always be partners and that’s what kind of keeps us together and keeps us amicable. But I think we’re more than that, I think we also genuinely really care about each other.”

The Ray Donovan alum added, “It’s important to support each other, you know? It’s really important. I was making some jokes this morning at breakfast about mommy with the boys, and their eyes light up when I talk about her. You can see how important it is to them that their parents care about each other and that no matter what happens, you continue to try and do that.”

He and the English star began dating in 2005 but never tied the knot. Watts explained to Easy Living in 2011: “We’re very much together. We just don’t have that certificate, and that’s OK with both of us. Maybe one day, we’ll just wake up and go, ‘Hey, let’s do this.’ And maybe not.”