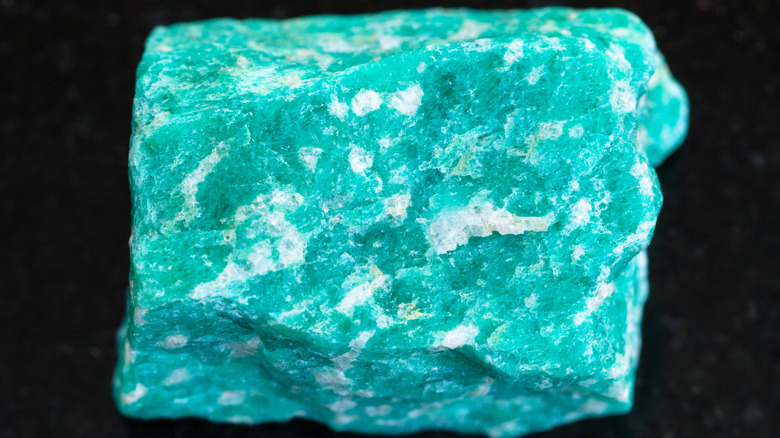 When it comes to naturally healing yourself, there are so many crystals and gemstones out there to choose from.

Amazonite is quite popular and not just because of its glamorous name. Like most stones, you can wear the green-hued crystal as a piece of jewelry, carry a piece of it in your pocket or have it as home decor. According to Geology, Amazonite is a microcline of the feldspar family, which means it is one of the naturally made stones that are “rock-forming silicate minerals.” In fact, these types of stones “make up over 50% of Earth’s crust!”

The amazonite stone is often mistaken for jade since it can have a milky green hue. The semi-precious stone can range from light green all the way to turquoise, with some having patterns swirled in. The unique color comes from lead and water being mixed into its component. The stone itself is inexpensive to purchase and can be found in parts of Brazil, Colorado, Virginia, Australia, and Madagascar.

So why should you look into using an amazonite crystal when there are a plethora of choices out there? The information below may just be enough to convince you that this stone is perfect for your growing collection.

Ancient Egyptians and Amazonians used the stone in many ways 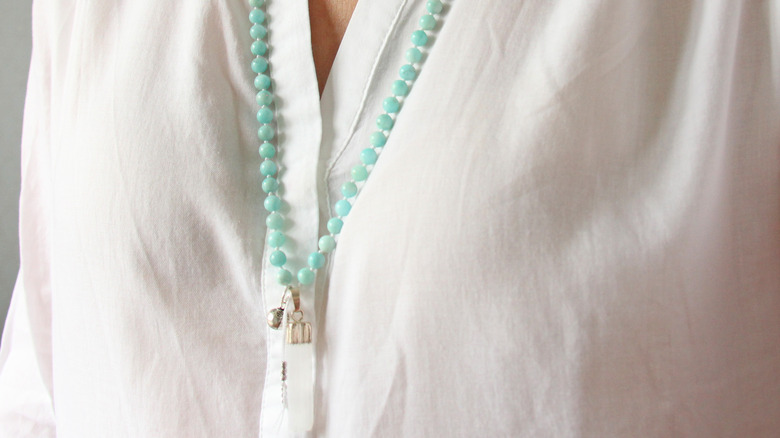 Like most crystals and gemstones, amazonite has a rich and interesting history. Jewels For Me reports that the ancient Egyptians treasured the amazonite crystal. They were known to make jewelry and even carve important texts and scriptures into the stones and onto slabs of amazonite rock.

The ancient Egyptians coveted the stone for its beauty and healing power. In the modern-day, the stone is also referred to as the “Amazon stone” because many believe it was discovered in the Amazon River. While that would have been a perfect link, science has not been able to connect any stone deposits to the river basin – only to other parts of Brazil.

There are also stories of the “semi-mythical” Amazonian warrior women. These women – who fought like men – were said to give out green stones that decorated their shield to the men they would visit. According to Golden Age Beads, they believed the stones could help heal the wounded. So what are the healing powers of amazonite exactly?

Amazonite may be the peace maker you need 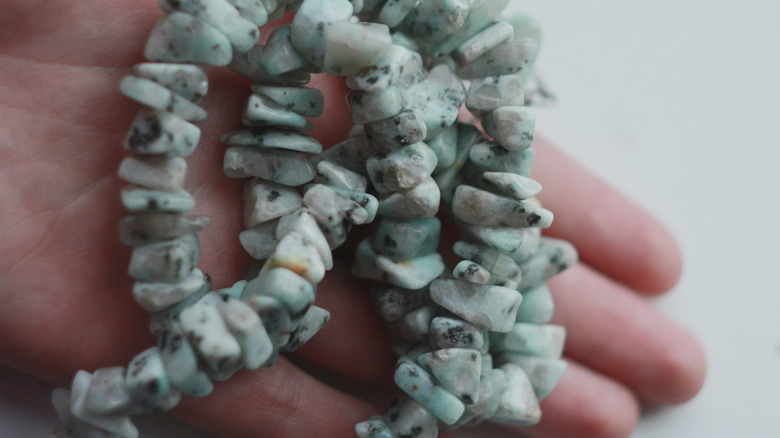 The amazonite crystal is said to have numerous healing properties and abilities.

The rock itself is often strongly connected to its green color, which many find soothing, according to The Healing Chest. It is said that the pale green can bring a calming effect to a stressed spirit. The crystal’s properties are believed to bring balance and harmony.

Indigo Moon Jewels revealed that the crystal was also referred to as the Stone of Courage and the Stone of Truth. The amazonite gem can empower a person to search within themselves and assist in figuring out internal truths. Tiny Rituals notes that amazonite has “strong healing properties and deep-set connections to the heart chakra and the throat chakra” which makes the stone “something special.”

Amazonite is also said to be able to help physically heal your body, especially if you suffer from a calcium deficiency. The rock is also said to help your hair grow. So, if you are feeling adventurous and want to try out the crystal, remember to always cleanse it before use. Tiny Rituals encourages running your amazonite under lukewarm water and sitting it out in the sun, but not too long, as to not damage the semi-precious stone.