Phil Robertson revealed that he recently found out he has a 45-year-old daughter named Phyliss from an affair he had in the 1970s. The Duck Dynasty alum shared the news on his “Unashamed” podcast with his sons, Al Robertson, Jase Robertson, Willie Robertson and Jep Robertson, on Thursday, May 28.

Al, 55, told listeners that he and Jase, 50, received a letter approximately three months ago “from a woman who said that by a DNA search, she thinks that Dad might be her dad.” Al said he initially “dismissed” the letter because Phyliss was born after Phil, now 74, had become a Christian.

“A few days went by, and then the more I read it, the more I thought, ‘Well, this is something we need to try to figure out,’” he continued. “My mindset was, I didn’t want to tell Mom and Dad if it wasn’t true because I didn’t want to upset them ‘cause this was a life-changing situation if it was true.” 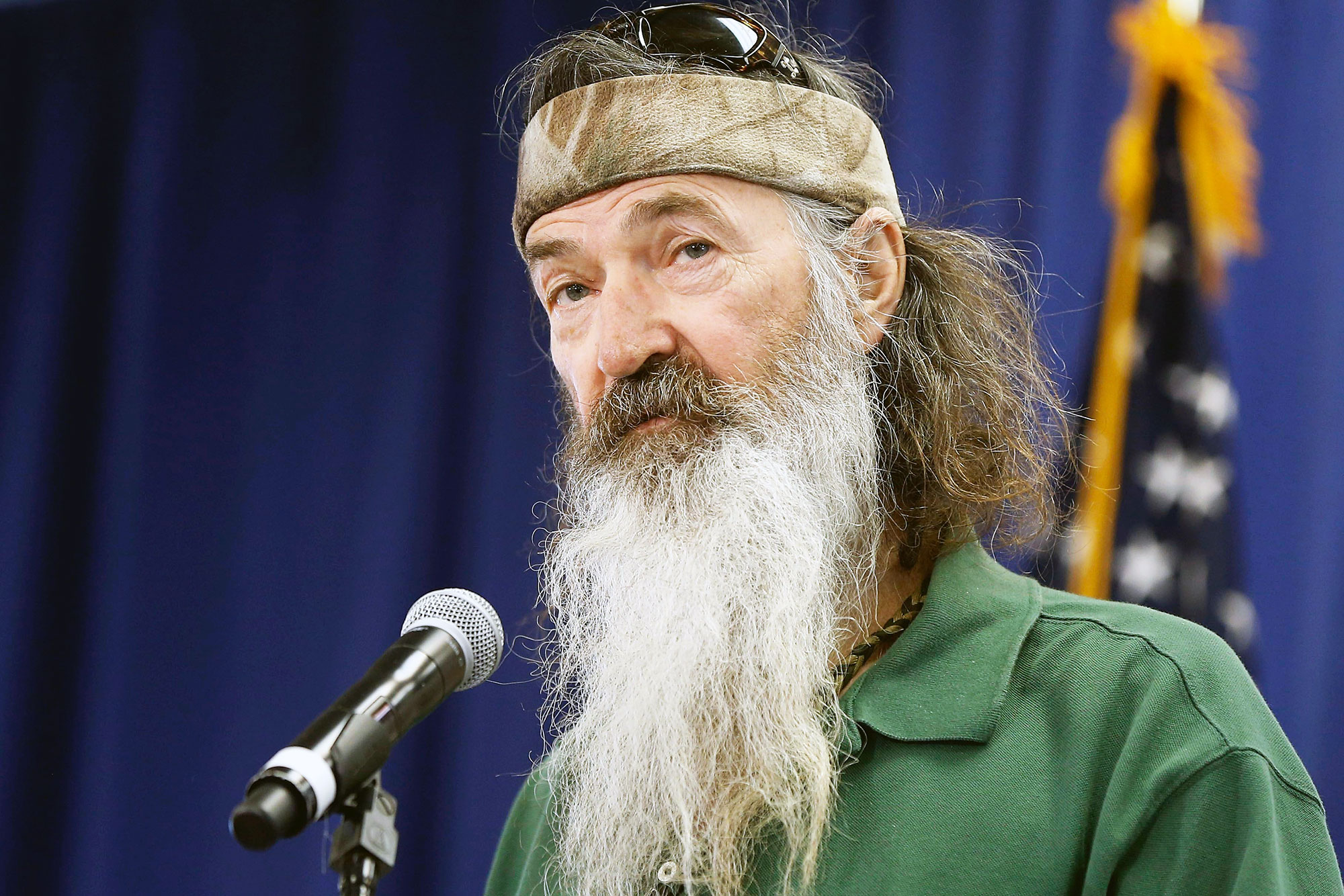 After a family member contacted Phyliss and listened to her story, Al decided to go to his parents, Phil and Kay Robertson, who married in 1966.

“Dad didn’t remember anything, no specifics about it. It was interesting because Mom remembered a lot more than you did,” Al said, pointing to his father. “Finally … you said, ‘Well, is there any way we could know for sure?’ And I said, ‘Yep, we can do a DNA test together. She does it up there, you do it down here. We do it with the same company, and we can know whether it’s a match or not.’ And you said, ‘Let’s do it. We need to know.’”

The test ended up being a “99.99 percent match,” according to Al, so Phil decided to invite his daughter to Louisiana to meet him and his family.

“We know that in all things — in all things, even sin — God works for the good of those who love him who have been called according to his purpose,” Phil said on the podcast, quoting a Bible verse.

He added, “It’s a pretty cool explanation of redemption, reconciliation, love. As it turns out, 45 years, you have a daughter that you don’t know about and she has a father she doesn’t know about. Forty-five years, that doesn’t sound like very long but … that’s a while. So finally, after all those years, we’ve come together.”

Phil told fans that he hopes to bring Phyliss on an upcoming episode of “Unashamed.”