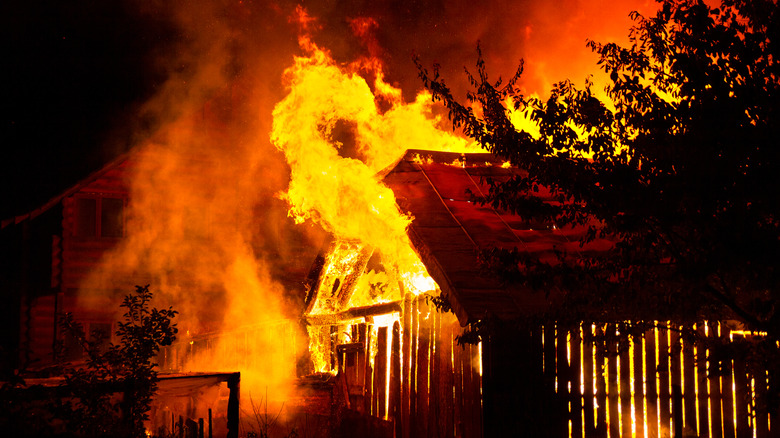 While getting along with someone like a house on fire is a very good thing, an actual house fire is one of the worst accidents that could happen to you. A fire may be every homeowner’s biggest fear, but they’re just as devastating for renters as well. After all, the fire isn’t just affecting your home, but everything that’s in it, including the people and pets who live there. While we may be tempted to laugh at home fires caused by such foolishness as attempting the TikTok “hack” of cooking a steak in a toaster (do NOT try this at home -– or anywhere –- ever!), there’s nothing remotely amusing about the destruction caused by house fires every year.

According to the U.S. Fire Administration, between 2017 and 2019, there were estimated to be an annual 1,900 fatal home fires, and some 2,770 people lost their lives each year to these fires. This accounted for about 77% of total deaths due to fires. Distressingly enough, 37% of people who died were attempting to escape the fires at the time, while another 31% died before they could even get out of bed. Nearly half of such fire deaths occurred between 11 p.m. and 7 a.m., while 50% took place in people’s bedrooms. These are some grim statistics, all right. Still, forewarned is forearmed, as many wise people have said, so the best way to fire-proof your home is to be informed about all the potential fire hazards it might contain.

Cooking accounts for almost half of all house fires 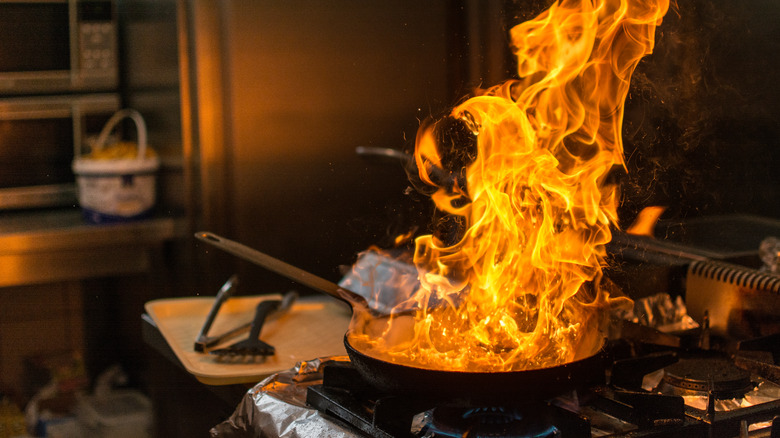 According to the 2020 Home Structure Fires Report complied by the National Fire Protection Association, nearly half (44%) of all home fires begin in the kitchen. This number is even higher for apartments, with 69% of fires in such structures starting in the kitchen. In single-family homes or duplexes, just 33% of fires are kitchen-based, but this number is still sufficient cause for concern.

In the experience of the personal injury attorneys at Steinger, Greene & Feiner, most really serious kitchen fires are started by cooking with oil that gets too hot. Once oil reaches 375 degrees F or higher, it has a tendency to burst into flame, so the best way to prevent kitchen fires is either to avoid deep-frying at all or to invest in a good deep-fry thermometer and monitor it very, very closely. Should you see any smoke wisps, immediately remove the flaming pan from the heat and cover it with a metal lid. If a small grease fire breaks out, smother it with baking soda, but use a Class B fire extinguisher to put out a large one. Never, ever use water on a grease fire, as this just spreads the flames!

Smoking causes the most fire fatalities 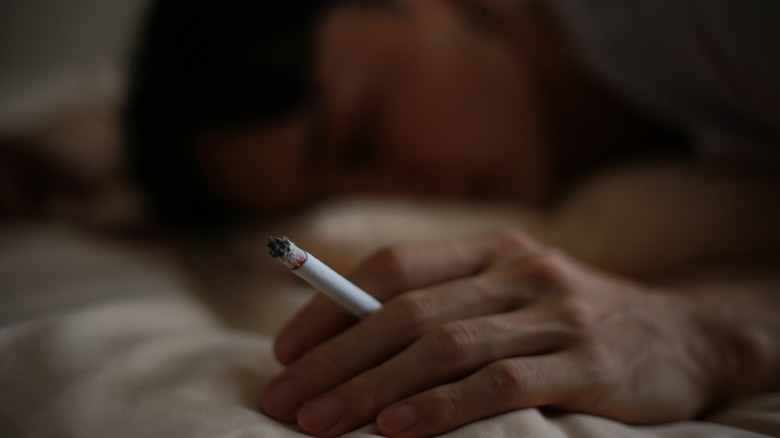 While only 5% of home fires are started by smoking, as per the National Fire Protection Association report, the bad — nay, the truly terrifying — news is that smoking is the leading cause of home fire deaths, causing 23% of these as opposed to the 21% caused by cooking fires. Another NFPA report, one devoted entirely to smoking-related home fires, provides additional info: the time span between 2012 and 2016 saw some 18,100 home fires started by smoking, but these fires killed an average of 590 people each year as well as injuring 1,130. They also resulted in an estimated $476 million worth of damaged or destroyed property.

There’s really only one way to avoid smoking-related fires altogether, and that is to quit (or never start) smoking, something over 85% of us have managed to do as of 2016. If you just can’t quit, though, never, ever smoke in bed, or when lounging on a couch or comfy chair! It’s all too easy to drop off with a lit cigarette in hand, and upholstered fabrics + smoldering butts = extreme danger. Smoke outdoors when at all possible, and make sure your cigarette butts are entirely extinguished rather than just assuming they’ll burn out on their own.

Electrical fires have a high mortality rate, too 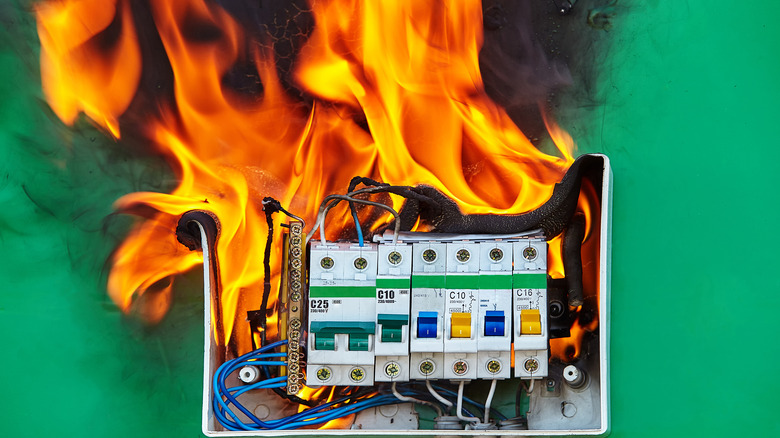 Even if no one in your household smokes, you’re not out of danger as far as fatal fires are concerned. Right on the heels of smoking as a cause of fire deaths are electrical fires, something that the Electrical Safety Foundation International estimates to cause nearly 500 deaths each year as a result of some 51,000 home fires. Fires that are electrical in origin also result in over 1,400 injuries each year, as well as causing a staggering $1.3 billion worth of damage to property.

ESFI suggests that you have your home inspected periodically by a licensed electrician, and if your home has older wiring, you should also ask about any possible safety upgrades for which you might qualify. You should also make sure that all of your smoke detectors are in good working order (you do have a sufficient number of smoke detectors, don’t you?), and it’s highly advisable to avoid overloading electrical outlets or power strips. Even such a small thing as using a 100-watt bulb in a lamp that’s labeled for only 60-watt bulbs could pose a serious safety risk. 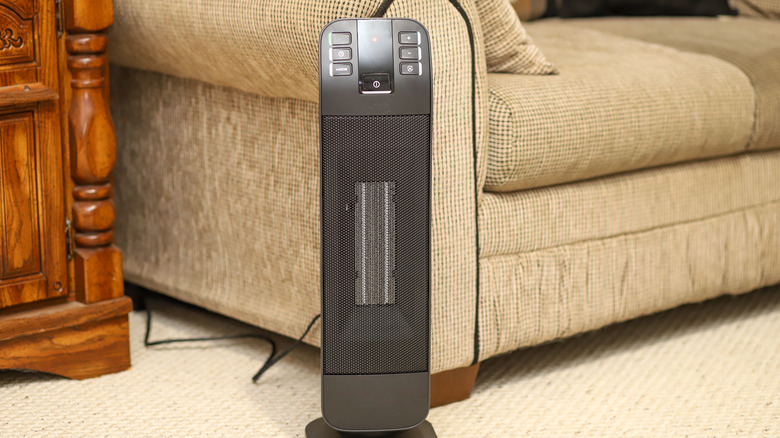 One particularly hazardous home appliance is something many of us make use of in wintertime: the portable space heater. Sometimes your home won’t get warm enough, or perhaps you’d rather not increase your electric bill just to heat up a small area that doesn’t typically see much use. Whatever the reason, there’s no denying that space heaters are handy and energy-efficient little gadgets, but National Fire Protection Association reports that between 2014 and 2018, they were the 2nd-leading cause of home fires. Space heaters were also responsible for 19% of home fire fatalities as well as 12% of injuries. In fact, this dangerous appliance may be one reason why winter months typically see more home fires than do summer ones.

The firm of Steinger, Greene & Feiner has some suggestions to help reduce the risk from using a space heater. Never place one of these heaters next to any flammable material such as clothing or upholstered furniture, or even next to a bare wall as the heat they generate may build up and result in ignition. You should also steer clear of propane or kerosene heaters, as the fuel in these is far more likely to lead to a fire than electricity alone. Speaking of electricity, though, the Electrical Safety Foundation International has their own safety tip to add: never, ever plug a space heater into an extension cord since extension cords don’t offer sufficient protection should anything go wrong between outlet and appliance.

Most homes may contain other fire safety hazards 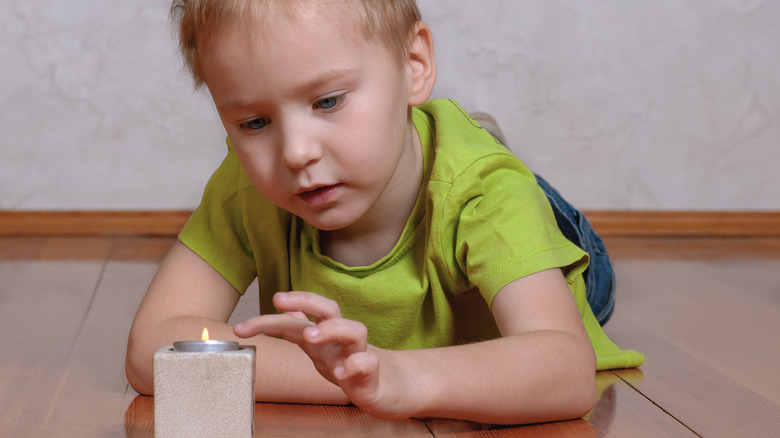 While cooking with grease, smoking in bed, plugging too many appliances into a faulty outlet, and misusing a space heater may be among the top causes of fires breaking out in the home, they are not the only fire safety risks. Candles, in particular, can be quite dangerous, with National Fire Protection Association reporting that an average of 7,600 home fires get started each year from this seemingly innocuous source of flame. What’s more, candles result in around 80 deaths and 680 injuries annually, as well as causing some $278 million in damage to homes and other property.

Real Insurance lists several other lesser-known but still severe hazards found in the average home, including flammable liquids, barbecue grills, and even lampshades that come into too-close contact with the bulbs they’re meant to protect. Lamps that are prone to tip over can also be risky, since a light bulb that makes contact with a chair arm or carpet could generate enough heat to start a fire. The insurers also point out that curious young children who come across matches or lighters may well meet with tragic results. Not only is it extremely important to keep all such items under lock and key, but you should make sure that even the youngest children know how to “stop, drop, and roll” and where to meet up with the rest of the family should you need to evacuate the house in a hurry.