“I couldn’t go to @NBCTheVoice today but it looks like it’s going well!” the Cravings author, 33, tweeted alongside a photo of the EGOT winner, 40, with Luna and Miles, 18 months, on his lap. Legend’s eldest covered her dad’s mouth with one hand, while her little brother looked off into the distance.

Teigen’s followers went on to send the model side-by-side photos comparing Luna’s expression with a throwback photo of her mom at the 2015 Golden Globes. “If this ain’t your twin,” one Twitter user wrote, while another added, “Luna is literally you.” 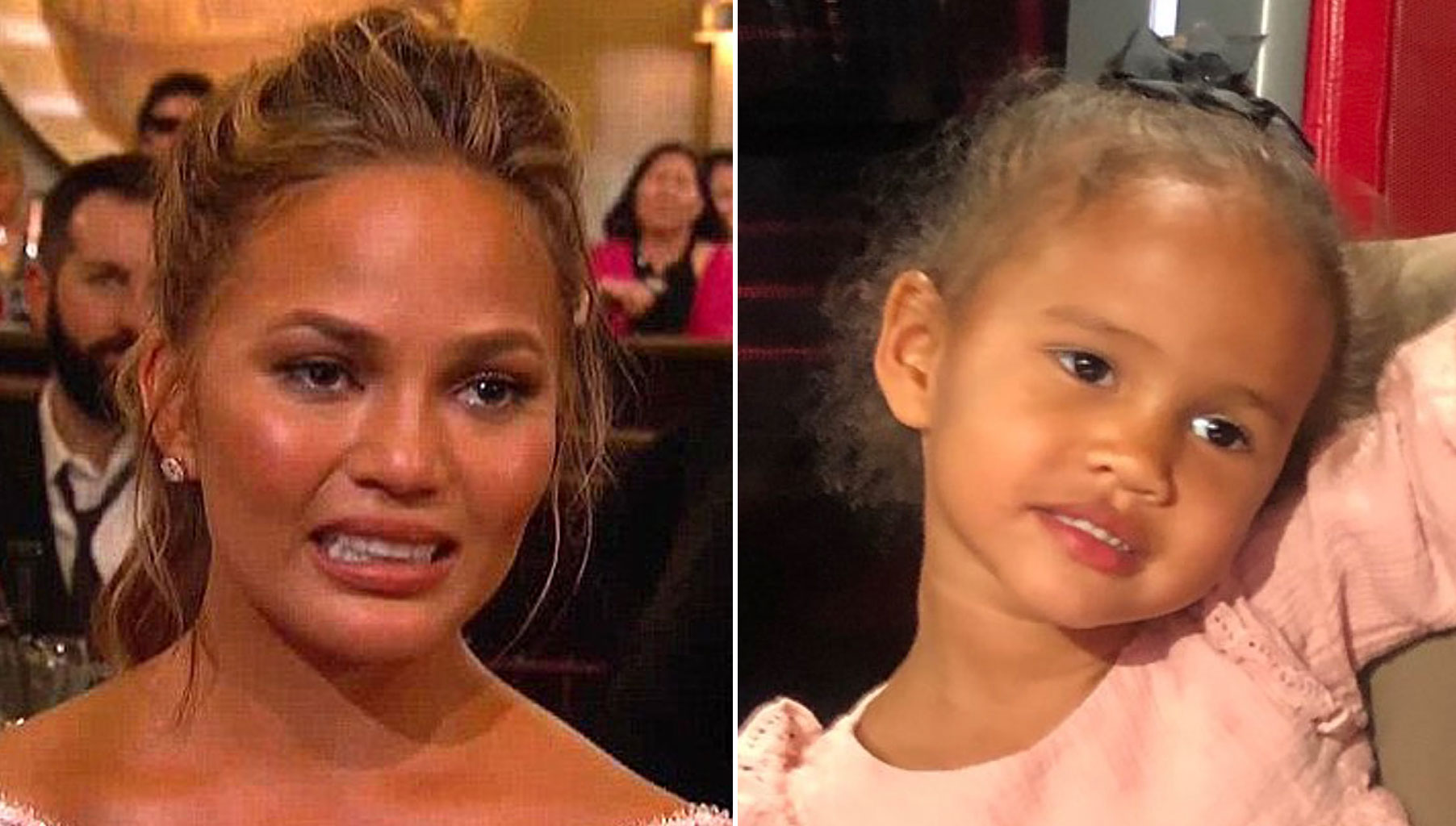 The Bring the Funny judge explained the infamous meme in September 2018, telling Jimmy Fallon: “That was me trying not to react at all because you know how it works at these things. The camera’s, like, two feet in front of you, and the red light goes on, and as soon as that light goes on, I’m like, ‘Be normal.’ I can’t [help it]. I swear, leading up to that red light, I’m OK. Like, I’m really good, and then… I don’t know.”

Luna first recreated the funny photo during a May episode of The Voice while sitting on her dad’s lap wearing headphones. Teigen compared the uncanny expressions on Instagram at the time, writing, “O dear.” 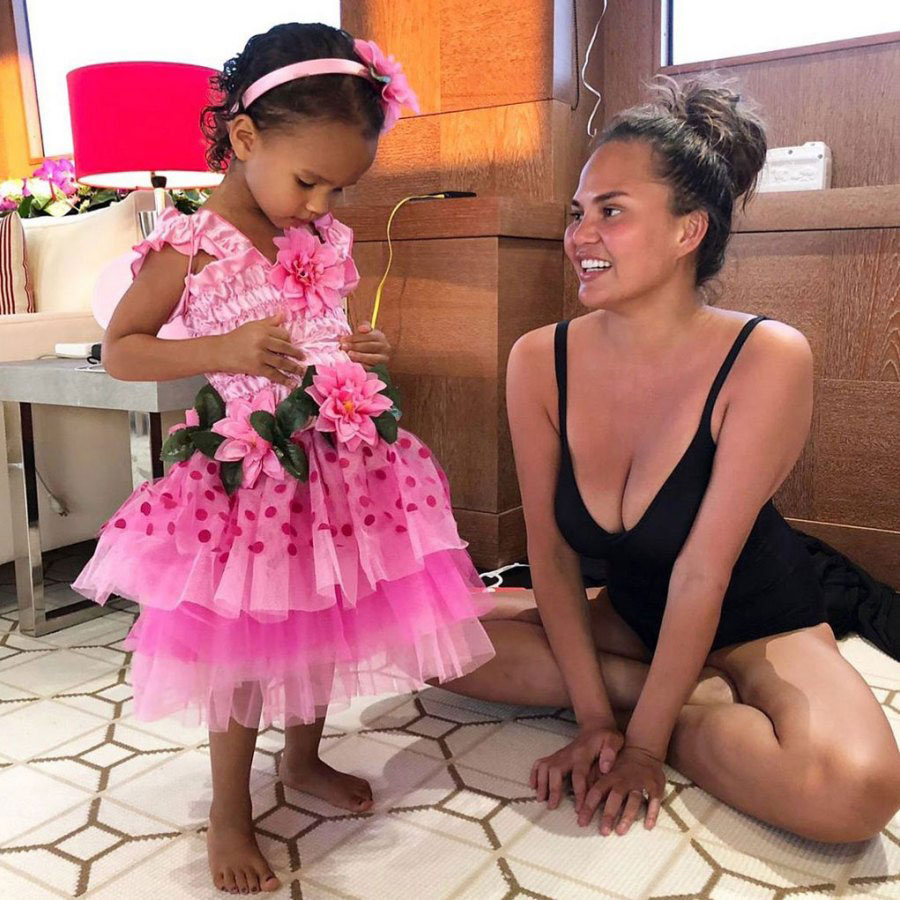 While Luna has modeled her mom multiple times, Miles is just like Legend, the Utah native explained to Us Weekly exclusively in November 2018. “Miles is a clone of John! In so many ways,” Teigen said. “He literally has his personality type and face. Even when Miles is sick and has a running nose and isn’t feeling good, he still smiles and is so happy, just like John. I’ve never seen him in a bad mood in all six months. He is a little version of John.”

The “All of Me” singer agreed. “It is pretty wild to see his face and mannerisms,” he chimed in. “They match mine so much.”